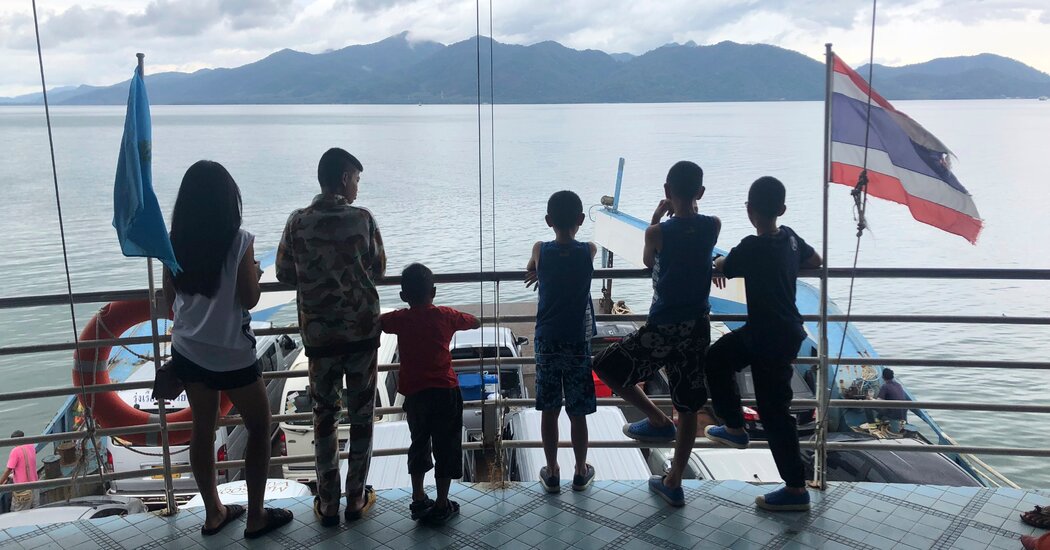 BANGKOK — He’s very, very sorry. But the hotel in Thailand that threatened an American guest with prison for his bad reviews may end up with bigger regrets.

Wesley Barnes, the American guest, publicly apologized on Friday for his blunt online reviews of the Sea View Koh Chang resort in Thailand. In exchange, the hotel promised it would drop the complaint that led the authorities in Thailand to file criminal defamation charges against him.

More than wounded pride was on the line. In Thailand, criminal defamation charges can result in a prison term of up to two years. Mr. Barnes had already spent two days in jail after his arrest on those charges last month before posting bail.

The question now for the Sea View resort — and for Thailand’s tourism industry, which is struggling under the coronavirus travel freeze — is whether it can recover from the considerable damage its reputation has suffered by threatening Mr. Barnes with prison. The resort, on the Koh Chang island on Thailand’s southeastern coast, has been excoriated online for using the country’s tough defamation laws against a guest who didn’t enjoy his stay and decided to write about it.

Mr. Barnes struck a decidedly different tone on Friday, in a statement filled with stilted official language reminiscent of a forced confession.

“All of the statements that I made are completely untrue,” the statement said. “These reviews and comments were written out of anger and malice. Now, I, Mr. Barnes, have regretted my actions and would like to apologize to Sea View Koh Chang, and its staff.”

As required by the settlement with the hotel, Mr. Barnes also sent the statement to news outlets that covered his case, including The New York Times. He apologized “for my repeatedly false and untrue statements/reviews made to maliciously defame Sea View Koh Chang.”

Kitti Maleehuan, the Koh Chang police chief, whose office brought the charges, attended a settlement meeting on Thursday, according to the police.

The resort on Koh Chang island, an hour’s flight from Bangkok, said by email that it would drop its complaint if Mr. Barnes complied with the terms of the agreement by Oct. 30.

“After all conditions are met, the hotel will then withdraw the charges against the offender,” said Col. Kissana Phathanacharoen, deputy spokesman for the Royal Thai Police.

Mr. Barnes did not respond to a request for further comment.

Mr. Barnes’s arrest and the filing of criminal charges last month over reviews he posted on TripAdvisor and Google alarmed many travelers, who have long felt free to post blunt and critical online reviews in Thailand and elsewhere.

The move also called into question the judgment of the Thai authorities for pursuing the criminal case just as Thailand is desperately trying to revive its tourist industry.

One of the government’s strategies is to encourage residents, including foreigners like Mr. Barnes who live in Thailand, to travel within the country. Tourism accounts for about a fifth of the country’s economy.

Human rights advocates have long criticized Thailand’s defamation law, which can lead to criminal charges for speaking out and is sometimes used by companies to silence critics.

The dispute began in June when Mr. Barnes, a hotel guest, objected to paying what he saw as an excessive $15 corkage fee so that he could drink from a bottle of gin he had brought to the hotel restaurant. A manager eventually waived the fee.

Mr. Barnes said in a statement after his arrest that he saw the same manager later harshly criticizing an employee and concluded that “there was some master/slave mentality going on.”

That inspired him to post a series of negative reviews on TripAdvisor and Google, including one in which he wrote, “Avoid this place as if it was the Coronavirus!”

The hotel said it repeatedly asked him to take down the reviews and posted its own detailed rebuttals online. The hotel said it had no choice but to go to the police after Mr. Barnes ignored their requests.

An “official statement” included in the settlement agreement said that the Sea View had decided in August to “protect its rights” by filing the criminal complaint.

“This decision was not taken lightly by the management team,” it said.

The settlement required Mr. Barnes to make a “sincere apology” for his reviews, including for mention of “using slave labor, xenophobic comments against hotel staff, and comparing the hotel to coronavirus on multiple occasions and website platforms.”

In his statement, Mr. Barnes expressed gratitude to the hotel for allowing him to avoid prison.

“The hotel has forgiven me and agreed to withdraw the complaint,” the statement said. “I would like to sincerely thank the hotel and its staff and take this opportunity to announce this news to the general public.”