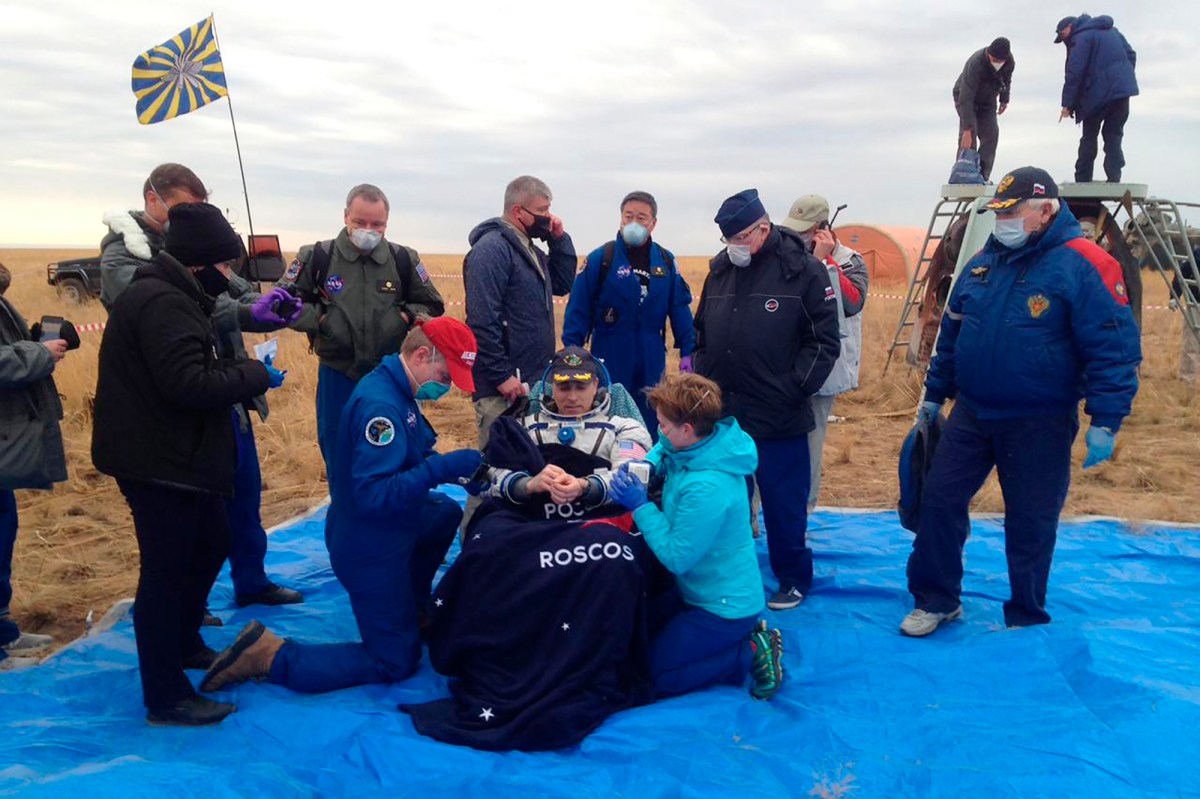 MOSCOW — A trio of space travelers safely returned to Earth on Thursday after a six-month mission on the International Space Station.

The Soyuz MS-16 capsule carrying NASA astronaut Chris Cassidy, and Roscosmos’ Anatoly Ivanishin and Ivan Vagner landed on the steppes of Kazakhstan southeast of the town of Dzhezkazgan at 7:54 a.m. Thursday. After a brief medical checkup, the three will be taken by helicopters to Dzhezkazgan from where they will depart home.

Cassidy will board a NASA plane back to Houston, while Vagner and Ivanishin will fly home to Star City, Russia.

The crew smiled as they talked to masked members of the recovery team, and NASA and Roscosmos reported that they were in good condition.

As part of additional precautions due to the coronavirus, the rescue team members meeting the crew were tested for the virus and the number of people involved in the recovery effort was limited.

Cassidy, Ivanishin and Vagner spent 196 days in orbit, having arrived at the station on April 9. They left behind NASA’s Kate Rubins and Roscosmos’ Sergey Ryzhikov and Sergey Kud-Sverchkov, who arrived at the orbiting outpost a week ago for a six-month stay.

Cassidy, returning from his third space mission, has now spent a total of 378 days in space, the fifth-highest among U.S. astronauts.

While serving as the station’s commander, Cassidy welcomed SpaceX Demo-2 crew Robert Behnken and Douglas Hurley, the first NASA astronauts to launch to the space station on an American spacecraft from American soil since the retirement of the space shuttle fleet in 2011.

Cassidy and Behnken completed four spacewalks for a total of 23 hours and 37 minutes, becoming two of only four U.S. astronauts to complete 10 spacewalks.

Before the crew’s departure, Russian cosmonauts were able to temporarily seal the air leak they tried to locate for several months. The small leak has posed no immediate danger to the station’s crew, and Roscosmos engineers have been working on a permanent seal.