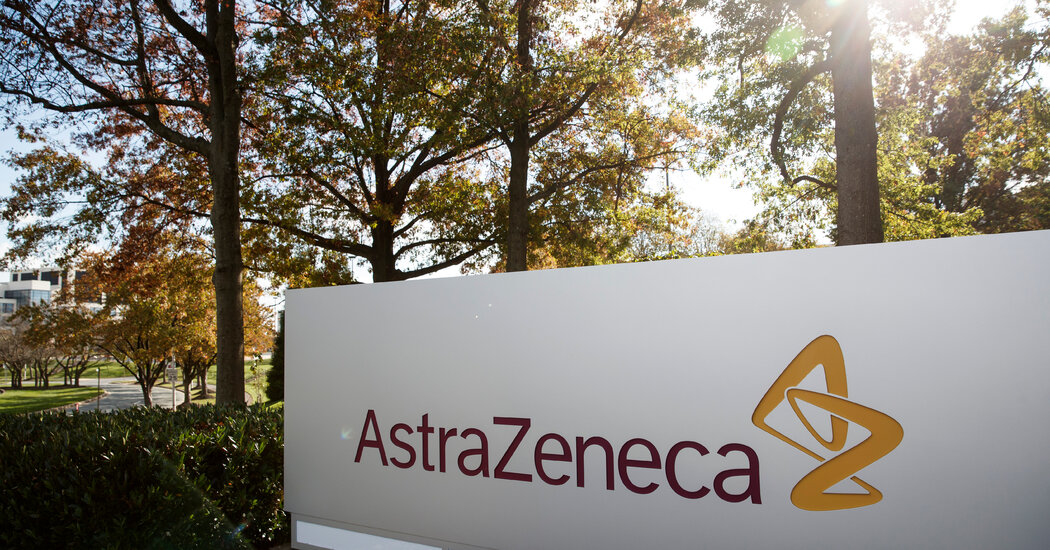 Late-stage coronavirus vaccine trials run by AstraZeneca and Johnson & Johnson have resumed in the United States after the companies said on Friday that serious illnesses in a few volunteers appeared not to be related to the vaccines.

Federal health regulators gave AstraZeneca the green light after a six-week pause, concluding there was no evidence that the experimental vaccine had directly caused the neurological side effects reported in two participants. The AstraZeneca news was first reported by The Wall Street Journal.

Johnson & Johnson said that its trial, which had been on pause for 11 days, would restart after learning that a “serious medical event” in one study volunteer had “no clear cause.” In an interview, the company’s chief scientific officer, Dr. Paul Stoffels, said that no one at the company knew if the volunteer had received the placebo or the vaccine, in order to preserve the integrity of the trial. The Johnson & Johnson news was first reported by The Washington Post.

An F.D.A. spokesperson declined to comment on the trial restarts.

Dr. Luciana Borio, a former acting chief scientist at the Food and Drug Administration, welcomed the announcements, citing the urgent need for multiple vaccines to remain in the race for a product that could protect the global population from the coronavirus, which has already killed more than a million people worldwide.

AstraZeneca and Johnson & Johnson are two of the four companies now in late-stage clinical trials in the United States for experimental coronavirus vaccines. Both companies are using adenoviruses, which typically cause harmless colds. The adenovirus is engineered so that it can chauffeur a coronavirus gene into human cells.

Their two high-profile competitors, Moderna and Pfizer — also in advanced trials — are instead using a technology based on genetic material known as mRNA. Delivered into human cells, the mRNA prompts the production of coronavirus proteins, triggering an immune response.

AstraZeneca moved swiftly into clinical trials, enrolling thousands of volunteers around the world in countries including Brazil, India, South Africa and Britain. A large, late-stage trial kicked off in the United States at the end of August. But all of the trials were halted days later, on Sept. 6. A volunteer who had received the vaccine in the United Kingdom reportedly experienced symptoms of transverse myelitis, or inflammation of the spinal cord, triggering a global pause to the company’s efforts.

The incident drew some concern among experts, who noted that a similar adverse neurological event, reported months ago, had occurred in another vaccinated volunteer. Although this earlier event prompted its own pause in AstraZeneca’s trials, an independent safety board ultimately determined it was unrelated to the vaccine, allowing studies to resume.

After the second AstraZeneca halt in September, trials abroad rapidly restarted in most countries. But the American hiatus persisted, with few details released as to why.

According to two vaccine experts familiar with the situation who were not authorized to discuss it publicly, the F.D.A. did not directly tie the vaccine to the two neurological illnesses, although it couldn’t be ruled out. The agency has advised the company to alert study volunteers about related symptoms like weakness and numbness that might point to a milder case of transverse myelitis, the experts said.

Johnson & Johnson started its Phase 3 trial on 60,000 volunteers in September. On Oct. 12, the company announced its own trial pause, citing concerns that an illness had happened in one of its volunteers as well. The company has kept mostly quiet about the details of the incident.

Adverse events are not uncommon in large-scale vaccine trials. In some cases, they are caused by a vaccine. But investigations usually reveal that they’re coincidental — a simple matter of chance.

Now that the trials are resuming, Dr. Borio said, changes may need to be made “to augment safety measures,” at least in the case of AstraZeneca, which, for instance, will likely need to monitor its volunteers for milder neurological symptoms, now that there’s precedent.

Based on recent events, “it seems there was no safety concern” with the two neurological episodes, said Dr. Maricar Malinis, an infectious disease expert at Yale University. The trial’s restart, she emphasized, should be considered good news and an indication that regulators did their due diligence.

Before the pauses, both companies had indicated they would likely submit their vaccines for emergency authorization from the F.D.A. within a few months’ time — perhaps even by the year’s end. It remains unclear how much these plans have now been thrown into flux in the wake of trial delays. Results from AstraZeneca’s late-stage trials are still expected later this year, according to the statement.

Dr. Stoffels of Johnson & Johnson said that the pause would not push the company’s timetable much. “We have the ability to catch up,” he said. “But if there is a delay, it’s in the one or two week time frame.”

A new study confirms what many of...
Read more
Previous articleSome Parents Are Demanding In-Person Schooling as the Pandemic Stretches On
Next articleLouisiana National Guard dispatched to prevent cyberattacks ahead of election