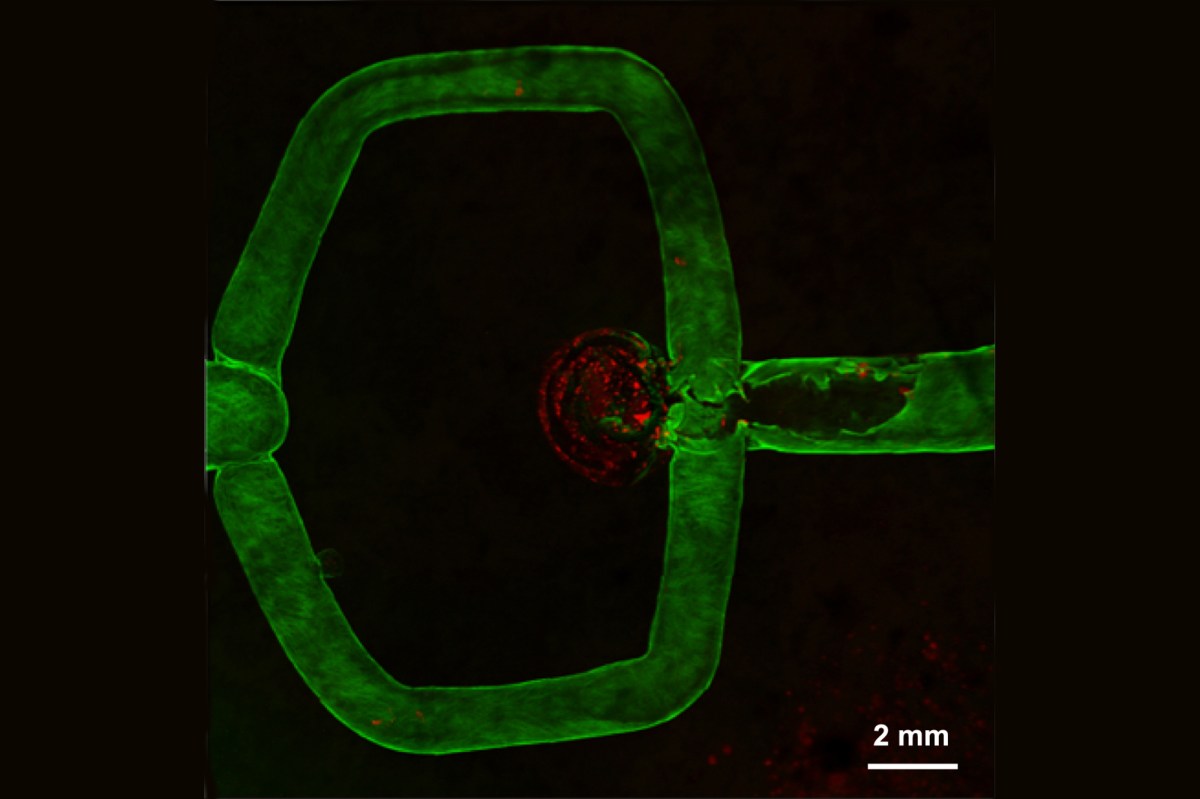 Blood and human brain cells have been used to create a “living brain aneurysm” for a scientific experiment.

The concept may sound creepy but it could provide doctors with an invaluable insight into how to treat the condition without the risk of experimenting on a human.

A brain aneurysm occurs when a blood vessel in the brain begins to balloon in size and could burst.

This can cause severe headaches, blurred vision and can be life-threatening if left untreated as it may rupture.

High blood pressure and smoking are thought to be factors that result in this medical condition.

In order to study them further, researchers in the US have bio-printed the first “living” brain aneurysm outside of the human body.

They then conducted a medical procedure on it and watched how it healed.

If a human patient has a brain aneurysm that manages to get spotted before it ruptures, there are some current treatment options available.

However, these are very invasive and not the most pleasant.

One involves removing part of your skull and surgically clipping the base off the aneurysm.

The other involves inserting a catheter through an artery in your groin all the way up to the aneurysm.

A coil is then sent through the catheter and blocks the aneurysm.

Both treatments aim to stop blood flow to the aneurysm so it won’t get bigger.

Experiments on the 3D printed aneurysm could lead to a new treatment being created or it could just become a more efficient way to train surgeons.

It was made by scaffolding human brain cells on a gelatin-fibrin hydrogel structure.

This was the first time human cells have been used in this specific way.

Cow blood plasma was then passed through the structure and the team was able to stop the flow using a coil technique.

The researchers hope their experiment could be used to make models for specific aneurysms so doctors know exactly how to treat a patient.

A study about the aneurysm has been published in the journal Biofabrication.