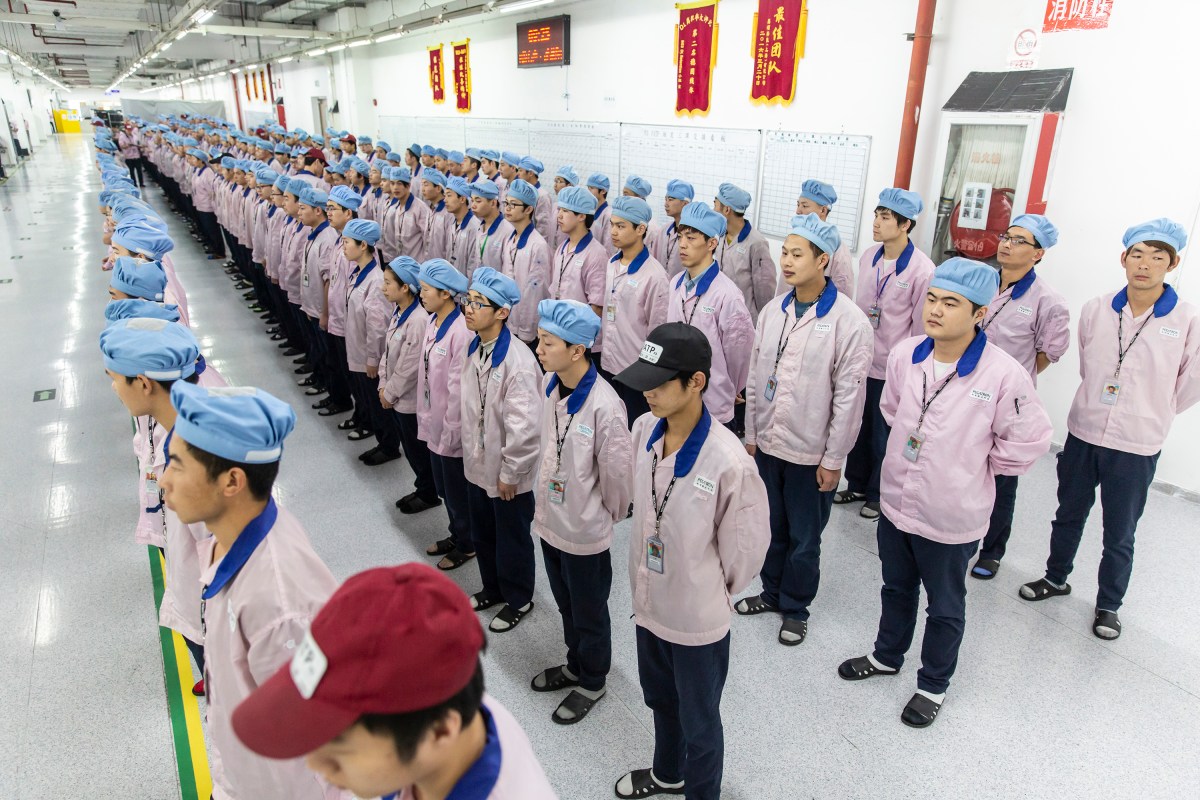 Apple has temporarily cut off business with a Taiwanese supplier after finding it asked student employees to work late nights or overtime hours in violation of the iPhone maker’s policies.

Taipei-based manufacturer Pegatron falsified paperwork to cover up how it misclassified the student workers in China, who were also sometimes allowed to do work that wasn’t related to their majors, Apple said Monday.

“The individuals at Pegatron responsible for the violations went to extraordinary lengths to evade our oversight mechanisms,” Apple said in a statement, adding that its investigations didn’t uncover any evidence of forced or underage labor.

The American tech titan said it won’t give Pegatron any new business until the supplier completes “all of the corrective actions required,” but didn’t provide details about the terms of the probation.

In a separate statement, Pegatron said the student workers at its Shanghai and Kunshan campuses who weren’t following local rules and regulations have been pulled off production lines and given “proper compensation.” Apple also said Pegatron has fired the executive who had direct oversight of the work-study program.

Pegatron is one of several suppliers Apple depends on to produce its signature devices such as the iPhone, according to Bloomberg News. Apple and its suppliers have faced previous scrutiny over alleged poor labor conditions, which the Silicon Valley giant has tried to address by publishing annual reports on its supply chain, which also includes Taiwanese giant Foxconn.

The sanction came about a month after Apple unveiled its iPhone 12 models, which can connect to high-speed 5G networks. The coronavirus pandemic delayed the production and release of the hotly anticipated lineup, which started going on sale in late October.