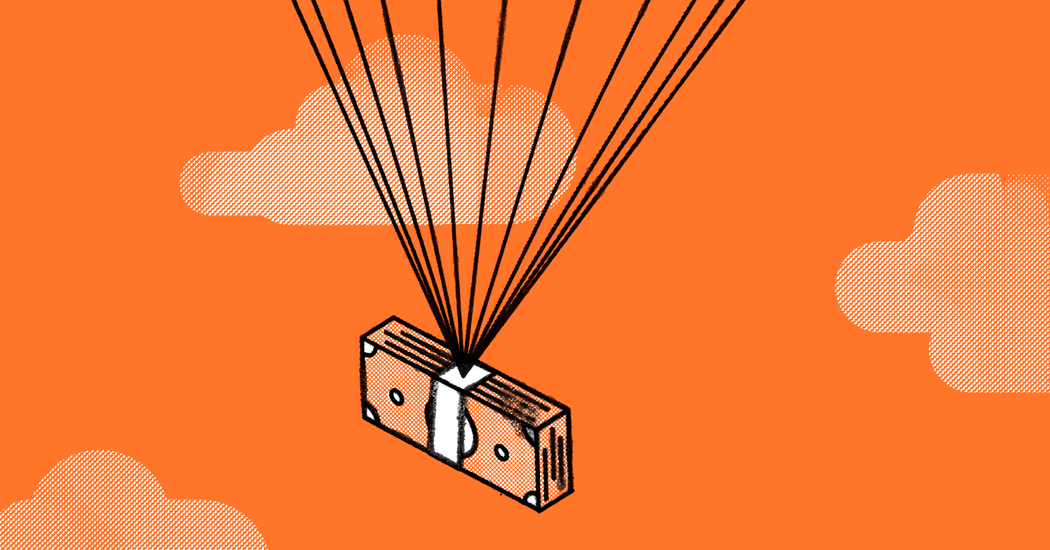 With a short window for action in the lame-duck congressional session, Mr. Biden must decide whether to push Democratic leaders to cut a quick deal on a package much smaller than they say is needed or to hold out hope for a larger one after he takes office.

A continued standoff over aid could set the stage for sluggish growth that persists long into Mr. Biden’s presidency. Republican and Democratic leaders remain far apart on the size and contents of a rescue package, though both sides say lawmakers should act quickly.

Mr. Biden has until now sided with top Democrats in Congress. A Biden transition adviser said Friday that he had begun to have conversations with lawmakers about what a lame-duck package should look like.

The shifting dynamics of both the pandemic and the recovery are complicating the debate. Even as it has slowed, the economy has proved more resilient than many experts expected early in the coronavirus outbreak, leading Republicans, in particular, to resist a big new dose of federal aid. But the recent surge in hospitalizations and deaths from the virus has increased the risk that the economy could slow further.

Last spring, economists were nearly unanimous in urging Congress to provide as much money as possible, as quickly as it could. Now, many conservative economists say a much smaller follow-up package would suffice. Even as progressives point to slowing job creation and soaring long-term unemployment rates to argue for trillions of dollars in aid, a growing number of liberal economists are urging Democrats to compromise and accept a smaller package to get money flowing quickly.

“A meaningful something is a lot better than nothing,” said Jason Furman, who was a top economic adviser to former President Barack Obama. “Preventing damage to the economy today puts it in a better position a year from now.”

But others with ties to Mr. Biden’s team see the economic and political trade-offs differently. William E. Spriggs, a Labor Department official under Mr. Obama, agreed that it was vital for Congress to act quickly. But he urged Democrats not to accept too small a deal because it might prove insufficient and make it harder to win support for more aid later on.

“You will get people saying it didn’t work, so we don’t need to do it again,” said Mr. Spriggs, whom prominent Democrats have pushed for a role in the Biden administration. “You make it harder to go to the well again.”

Polls continue to show strong bipartisan support for more spending, including another round of direct payments to households. But it appears increasingly likely that if Congress reaches a deal by the end of the year, it will be for a package that is far smaller than the deal that Democrats and the White House were discussing before the election, which called for an outlay of more than $1.5 trillion.

Senator Mitch McConnell of Kentucky, the majority leader, said relatively strong employment numbers for October showed that the economy was “really moving to get back on its feet” without much government aid.

Mr. Biden will almost certainly propose a broader stimulus effort, but unless Democrats take control of the Senate — which would require them to win two runoff elections in Georgia in January — his ability to push a deal through Congress will be limited. Republicans have cited concerns about the record budget deficit in opposing another large round of government spending.

Prospects for a new relief bill have been further clouded by ambiguous economic readings that can support seemingly any policy preferences.

To those pushing for a smaller package, recent data suggests the economy is on firmer footing. The trillions of dollars that Congress provided in the spring largely succeeded in buoying the economy, and while progress has slowed, it has not stopped: Employers have added almost three million jobs in the last three months, and the unemployment rate — nearly 15 percent in April — has fallen by more than half.

“We have an unemployment rate below 7 percent right now,” said Michael R. Strain, an economist at the conservative American Enterprise Institute. “That calls for a very different amount of stimulus than if the unemployment rate were in the range of 10 percent, which is where we all thought it would be.”

Many progressives, however, argue those aggregate figures obscure more severe harm beneath the surface. White-collar professionals, many of whom can work from home and have benefited from the strong stock market, have done relatively well during the pandemic, and some industries, like construction and automaking, have bounced back. But service businesses, like restaurants and hotels, are still suffering, with little chance of revival before a vaccine is widely available.

“Things have improved more quickly than I expected, but we still have an enormous gap,” said Heidi Shierholz, a Labor Department economist in the Obama administration who is the policy director for the liberal Economic Policy Institute in Washington. She said the economy still needed trillions of dollars of support over the next two years.

The need is particularly acute among historically disadvantaged groups that have been hit hardest by the recession. The unemployment rate for Black Americans remains in the double digits, and hundreds of thousands of women are no longer working or seeking work, often because they must care for children who are home from school. More than 3.5 million Americans have been unemployed for more than six months.

“To say we don’t need as much aid is ridiculous,” said Olugbenga Ajilore, an economist at the Center for American Progress, a liberal group. “What that signals is all we care about is white men and no one else matters.”

Then, there is the pandemic itself. Many epidemiologists warn that infection rates are likely to keep rising as people gather indoors and travel for the holidays. That could bring a wave of new layoffs as consumers pull back on activity and businesses face new restrictions.

“We do see the economy continuing on a solid path of recovery, but the main risk we see to that is clearly the further spread of the disease here in the United States,” Jerome H. Powell, the Federal Reserve chair, said Thursday. “People may lose confidence that it is safe to go out.”

Some forecasters are skeptical that the latest rise in cases will be as damaging, at least economically, as earlier waves. Businesses and consumers have learned to adapt to the virus — or, in some cases, have chosen to ignore the risks — and states have generally resisted reimposing the strict lockdown policies that were common last spring.

“I had really not appreciated how much economic activity we would keep doing in the face of a pandemic,” said Wendy Edelberg, director of the Hamilton Project, an economic policy arm of the Brookings Institution. “It could well be that the economy can continue to muddle along despite a surge in the virus this winter.”

But muddling along could have long-term consequences. After the last recession, the federal government pulled back on aid before the economy had fully recovered, leading to a slog that was particularly hard on Black and Hispanic households.

And without aid, the virus may push more businesses over the edge, setting off ripples through the entire economy.

“You’re never quite sure if you’re near to some kind of tipping point where the stimulus might be just enough to keep you from tipping,” said Chris Varvares, co-head of U.S. economics at IHS Markit, a forecasting firm. “Especially for those affected families that are about to be evicted or about to have foreclosure proceedings brought against them, or for small-business owners that are about to throw in the towel, the stimulus could provide that lifeline.”

Economists broadly agree that Congress should focus on aid to state and local governments, support for small businesses and an extension of the expanded unemployment benefit programs that are set to expire at the end of the year. Mr. Biden discussed a similar list of priorities on Thursday with the top congressional Democrats, Representative Nancy Pelosi of California and Senator Chuck Schumer of New York, according to a summary from the participants.

On Friday, a transition adviser to Mr. Biden, Jen Psaki, brushed aside several questions from reporters about the president-elect’s views on the size and timing of a stimulus package, other than to say that on Capitol Hill “there have been conversations started that he’s engaged with.”

“You should expect that he will continue to be engaged in those discussions,” Ms. Psaki said, “and certainly wants to see the American people receive the relief they need.”

The most important thing, many economists agree, is speed. Karen Dynan, a Harvard economist and a Treasury Department official in the Obama administration, said the better-than-expected economic data was no excuse to delay assistance. Rather, she said, it is evidence that the aid so far has been effective — and that as it fades, Congress needs to do more.

“We need to recognize that the economy has only done as well as it has because we had such aggressive fiscal stimulus early on,” she said.