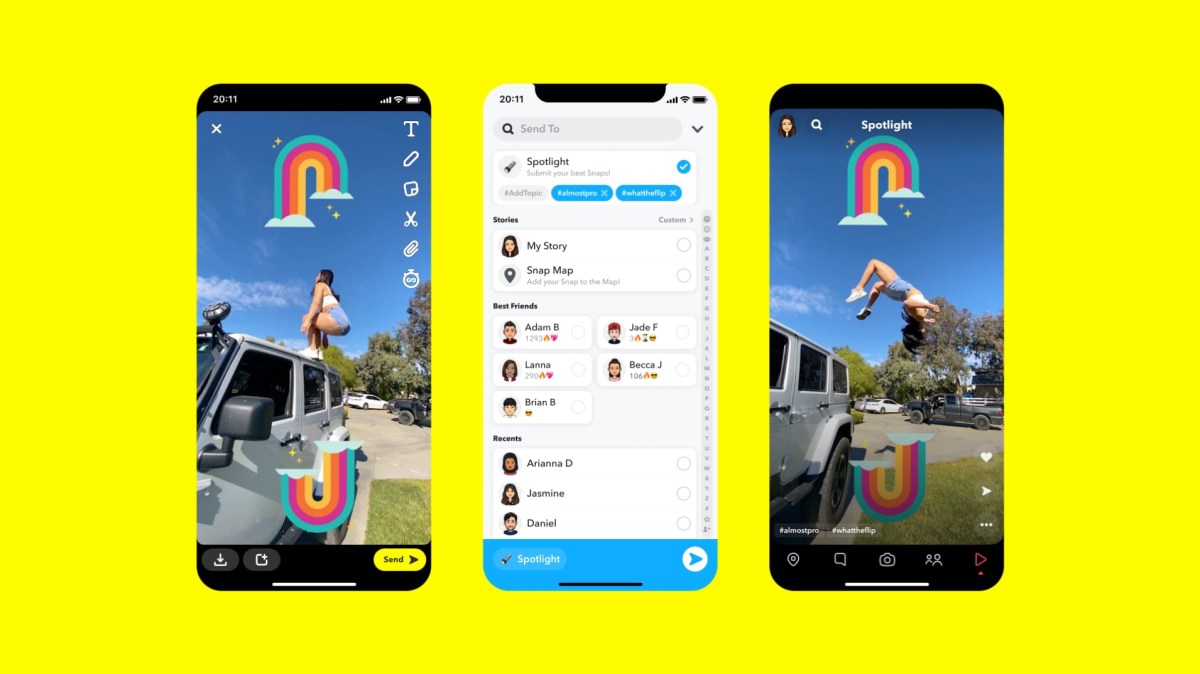 For once, it’s Snapchat copying another app’s features.

The disappearing-photos app on Monday unveiled a new feature that mimicks TiktTok’s short-form video feed that lets users post content with the hopes of it going viral — and it plans to give out $1 million per day to entice people to start using it.

Snapchat Spotlight will provide users with a vertical feed of algorithmically selected videos — and joins Instagram’s Reels as the latest copycat to try to tap into TikTok’s magic formula.

Snapchat, headed by 30-year-old Evan Spiegel, says that each day it will make $1 million available to users who post the most-watched videos as a lure to keep talented creators on its platform. The size of the payday will depend on an equation which compares the amounts of engagement each popular post gets.

The contest will likewise serve as a form of content moderation, according to reports, encouraging good behavior while discouraging the hate speech and misinformation that have dogged Facebook and Twitter.

Spotlight will take over what was previously the Discover tab in Snapchat’s app, making it immediately visible to its more than 250 million daily active users.

It is a rare instance of Snapchat adopting the features of other apps. In the past, Instagram and Facebook have copied now-commonplace features pioneered by Snapchat, including funny face filters and disappearing stories.

Shares of Snapchat parent company Snap, Inc. were up 4.2 percent Monday morning, at $46.15.