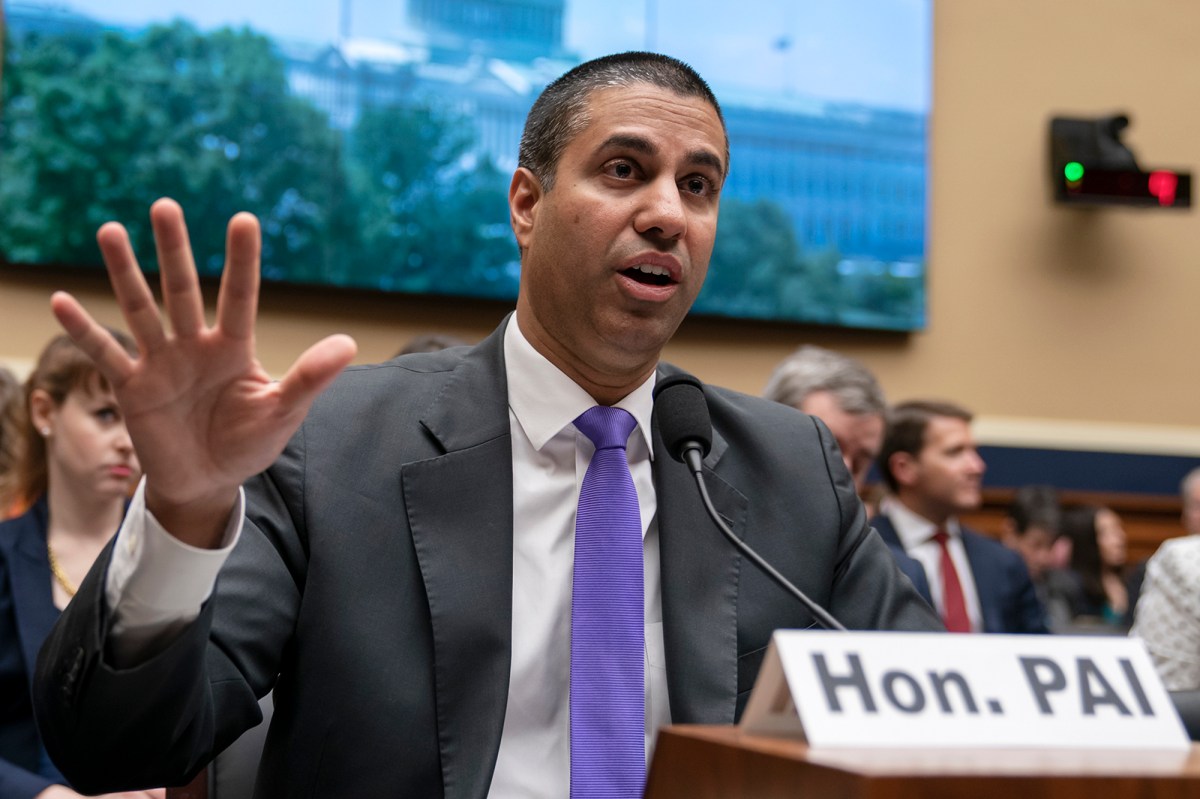 “It has been the honor of a lifetime to serve at the Federal Communications Commission, including as Chairman of the FCC over the past four years,” Pai said in a statement issued on Monday.

“I am grateful to President Trump for giving me the opportunity to lead the agency in 2017, to President Obama for appointing me as a Commissioner in 2012, and to Senate Majority Leader McConnell and the Senate for twice confirming me.  To be the first Asian-American to chair the FCC has been a particular privilege.  As I often say: only in America.”

Pai stepping down would clear Biden to appoint a new chair, which he may do to restore the net neutrality rules, which forced internet service providers to treat all data the same and not allow them to slow down or speed up traffic to and from websites.

Pai, appointed FCC chair by Trump in 2017, also oversaw deregulation efforts, the merger of T-Mobile and Sprint and paved the way for cellphone companies to introduce 5G wireless.

He also gave the go ahead to the FCC to begin work on stripping companies like Facebook and Twitter of their Section 230 liability protections for published content. Section 230 shields internet companies from lawsuits about posts by users.