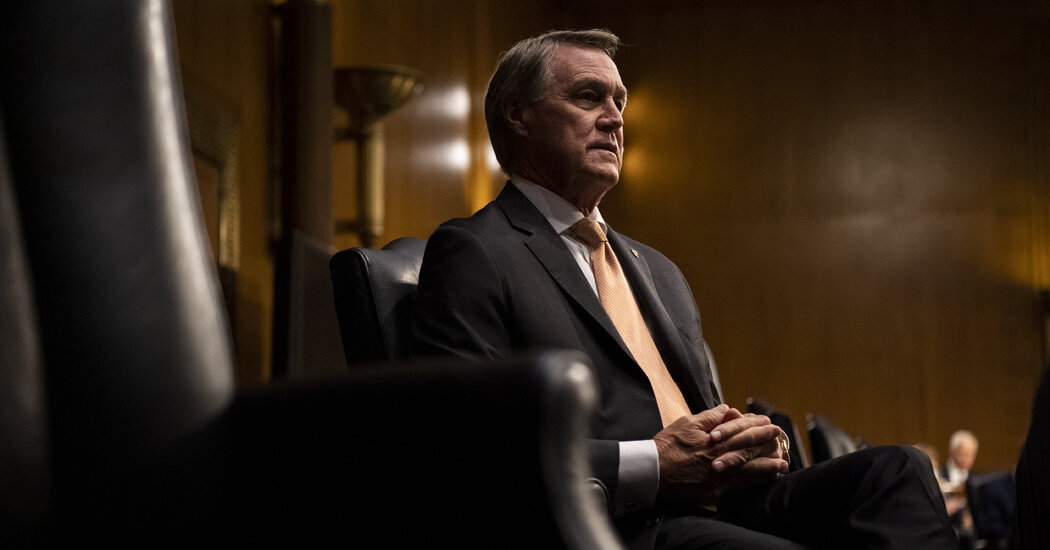 “There is no way that the public can’t sense, can’t absolutely smell, that this is corrupt, that you have it in the back of your mind when you vote,” said Mr. Merkley, a Democrat. “You may have the public interest in your mind, but you also have in your mind how that decision might impact the value of your portfolio.”

A History of Good Timing

Mr. Perdue, whose estimated net worth is more than $15 million, arrived on Capitol Hill in 2015, billing himself as an outsider and emphasizing his experience as a top executive at companies like Dollar General, Reebok and Haggar Clothing. He immediately established himself as a skeptic of government regulation, at various points suggesting the abolishment of both the Environmental Protection Agency and the Consumer Financial Protection Bureau.

Over the next six years, Mr. Perdue — or his advisers — would place some prescient bets in his portfolio, buying and selling stocks at just the right moment. His trading in Devon Energy, a company co-founded in 1971 by J. Larry Nichols, a major Republican donor, provides an example.

Though Mr. Perdue has traded many energy stocks while in office, buying and selling dozens of drilling, pipeline, power, and related equipment companies, the transactions that invite special scrutiny are those involving industries that were within his direct oversight through his committee positions.

Mr. Perdue actively traded in First Data, a financial firm based in Atlanta. Like his trading in Devon Energy, Mr. Perdue’s transactions in First Data appear to have been well timed, as reported by The Daily Beast.

After selling his entire stake in First Data in November 2018, Mr. Perdue repurchased shares in the company that December, three weeks before it announced a merger with the financial services technology firm Fiserv on Jan. 16, 2019. Mr. Perdue subsequently reported capital gains of $50,000 to $100,000 in First Data.