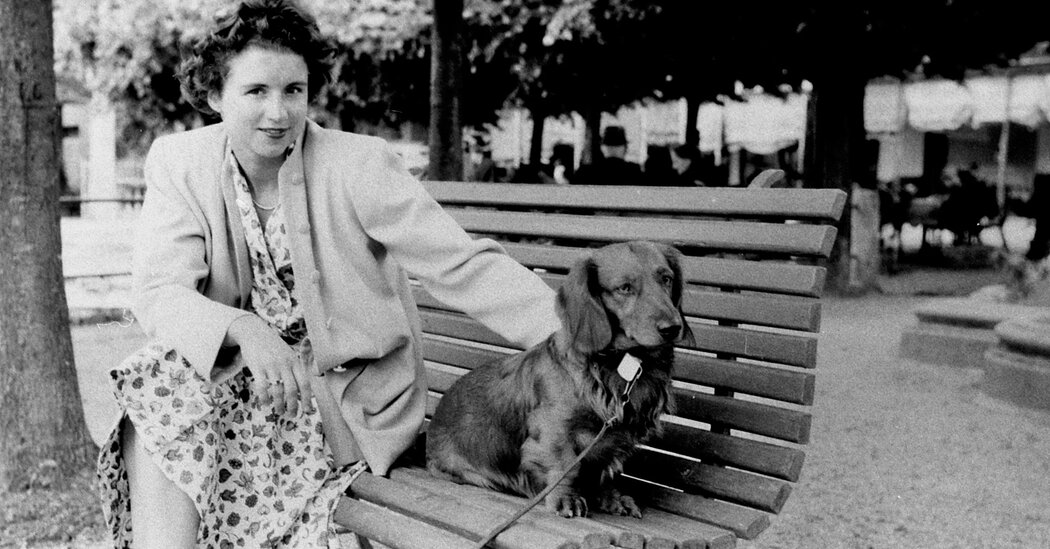 For nearly 70 years, a partially finished roll of film that documented a couple’s escapades in Switzerland and Italy was hidden away in a brass container, forgotten as it changed hands.

The roll fell into the possession of William Fagan, a film collector from Dublin, in 2015 when it arrived in a box with a vintage Leica camera from 1935.

In August, curiosity got the best of him, he said, and Mr. Fagan delicately began to develop the film with the guidance of Mella Travers, a photographer and owner of a Dublin darkroom.

They soaked the film for an hour in a diluted developer, agitating it every 15 minutes while Mr. Fagan ate a blueberry muffin to pass the time.

The first things he noticed in the photos were “old people, in old cars, wearing old clothes,” Mr. Fagan said in a phone interview. Intrigued, he took them home to digitize them for a better view.

“The result was a revelation,” Mr. Fagan wrote in a blog post in September. “An unknown family, a clear location and a feeling of sadness that this talented photographer never saw the results of his labor.”

The photos — 22 exposed frames of the possible 36 — were taken by a gifted photographer, Mr. Fagan said, noting the intentional composition of the photos. He believes they were taken in 1951 or 1952.

The collection prominently features a woman, who is often shown with a dachshund. One photo shows a man who appears about 10 years older than the woman, Mr. Fagan said.

“I’m looking at these very personal moments in somebody’s life a long time ago and I’m saying, I shouldn’t have these. I shouldn’t be looking at these,” Mr. Fagan said. “These people were, at that moment, together in what appears to be having a nice holiday and they have the little dachshund.”

The photos document the couple’s travels in a BMW convertible around Lake Como, a scenic lake near the border of Italy and Switzerland, including a stop in Bellagio in the Lombardy region of Italy. The pictures include scenic mountains and trees along the way. The last photo is a portrait of the woman on a bench in Lenno, Italy, Mr. Fagan said.

He said he believes the couple were possibly from Austria, Bavaria or the German-speaking part of Switzerland.

Readers have jumped into the blog post’s comments section to identify familiar locations, and Mr. Fagan said he had received hundreds of emails.

In one photo, the woman is shown walking the dog down a narrow cobblestone street toward a church, her back to the camera. The signs on the street are in Italian. One person suggested that the photo was taken in Bellagio in northern Italy on Via Giuseppe Garibaldi and that she was walking toward the Basilica di San Giacomo.

“This all adds to the mystery,” Mr. Fagan said. “We know exactly where they were. You could drive to the exact spots.”

The car is featured in several photos, sometimes parked in front of scenic backdrops. In one picture, the woman and the dachshund are shown in front of the car in a busy Zurich street with “postwar American cars around them being used as taxis,” Mr. Fagan said.

In another, the car is parked on an unidentified snowy mountain pass with the woman standing just outside the door. In a third photo, the car is parked in front of a building whose signs led Mr. Fagan to identify it as La Veduta on the Julier Pass in the Italian-speaking part of Switzerland.

A former executive for BMW, as well as others, identified the car as a BMW 315 model. Others pointed out that its license plate indicates it was registered in 1948 in Munich in the American occupation zone in Bavaria after World War II, Mr. Fagan said.

Several other photos show a steamer on Lake Como, which Mr. Fagan identified as one that was taken out of service in 1952 and reconstructed in 1956, which dates the photos to the early 1950s.

“Almost every crowned head in Europe and almost every Hollywood star has been identified as the couple, including some of the Kennedys,” Mr. Fagan said.

One reader pointed out that the woman was wearing jewelry on the third finger of her right hand, rather than her left, which indicates they are “a wealthy German couple I think, rather than American.”

“The question is why would somebody with a nice camera — and it was a Leica because these cassettes only work in Leicas — why they would take so many pictures, 21, 22 of a nice holiday in Switzerland, and roll it back into the thing and never touch it again,” Mr. Fagan said. “That is one of the mysteries about this thing.”

Mr. Fagan isn’t exactly sure how the roll ended up with the camera. Efforts to trace the camera back to its original owner have so far been unsuccessful.

Because of privacy laws, the records of buyers’ names are protected by camera dealers, and the same protections apply to car ownership information, Mr. Fagan said. He said his best bet for tracking the film’s origin was for someone to recognize the couple.

“The camera and the roll of film, they’re physical things — they’re belongings, they’re possessions — but these images actually belong to the people or to their families,” Mr. Fagan said. “I’m thinking the family may know these people and would probably like to have these images.”

Mr. Fagan said he published the photos in the hopes that someone, perhaps a relative, will recognize their subjects.

“They’re stunning, both the locations and the people,” Mr. Fagan said. “It’s hard for me not to continue to look for them.”