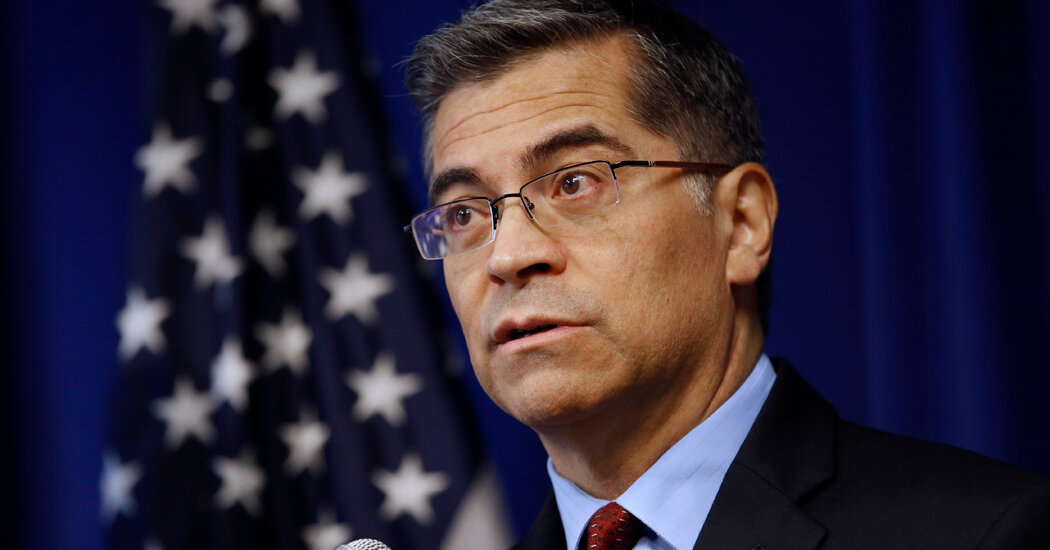 WASHINGTON — President-elect Joseph R. Biden Jr. has selected Xavier Becerra, a former congressman who is now the Democratic attorney general of California, as his nominee for secretary of health and human services, ending a politically delicate search that brought complaints from the Congressional Hispanic Caucus about a lack of Latinos in the incoming cabinet.

Mr. Becerra became Mr. Biden’s clear choice only over the last few days, according to people familiar with the transition’s deliberations, and was a surprise. He has carved out a profile more on the issues of criminal justice, immigration and tax policy, and he was long thought to be a candidate for attorney general.

But as attorney general in California, he led legal efforts on health care, including seeking to protect the Affordable Care Act from being dismantled by Republican attorneys general. He has also been a leading voice in the Democratic Party for women’s health.

If confirmed, he will immediately face a daunting task in leading the department at a critical moment during a pandemic that has killed more than 281,000 people in the United States — and one that has taken a particularly devastating toll on people of color.

Mr. Becerra, 62, served 12 terms in Congress, representing Los Angeles, before becoming the attorney general of his home state in 2017. He is the first Latino to hold that office, and while in Congress he was the first Latino to serve as a member of the Ways and Means Committee. He also led the House Democratic Caucus, which gave him a powerful leadership post.

Born in Sacramento, Mr. Becerra grew up in a working-class family; his mother emigrated from Mexico. Neither of his parents “had much formal schooling,” according to an official, and he was the first in his family to graduate from college. He attended Stanford as an undergraduate and received his law degree there in 1984.

While in Congress, he was a fierce advocate for the Latino community, and became deeply involved in efforts to overhaul the nation’s immigration system. He also promoted a national museum devoted to exploring the culture and history of American Latinos. The House voted this year to create such a museum.

But it was under his leadership that the Congressional Hispanic Caucus lost its bipartisan membership. In the late 1990s, Mr. Becerra traveled to Cuba and visited with its leader, Fidel Castro, which infuriated Republican members of the caucus. They resigned, saying they were “personally insulted” by the visit.

Mr. Biden’s selection of Mr. Becerra comes as the president-elect is under increasing pressure from the Latino community to diversify his cabinet. Gov. Michelle Lujan Grisham of New Mexico had been thought to be in line for the health secretary’s job, but she apparently fell out of the running. Instead, news leaked last week that Ms. Lujan Grisham was offered, and turned down, the position of interior secretary.

The leak prompted Senator-elect Ben Ray Luján of New Mexico to use a private meeting with top Biden advisers to rebuke the incoming White House chief of staff, Ron Klain, and other senior Biden officials for their treatment of Ms. Lujan Grisham, according to a Democrat familiar with the discussion.

Mr. Luján’s frustration revealed a broader concern that few Latinos have been chosen for high-ranking positions in the Biden administration. Alejandro N. Mayorkas, a Cuban-American and the nominee for secretary of homeland security, has been the only Hispanic selected for a cabinet job.