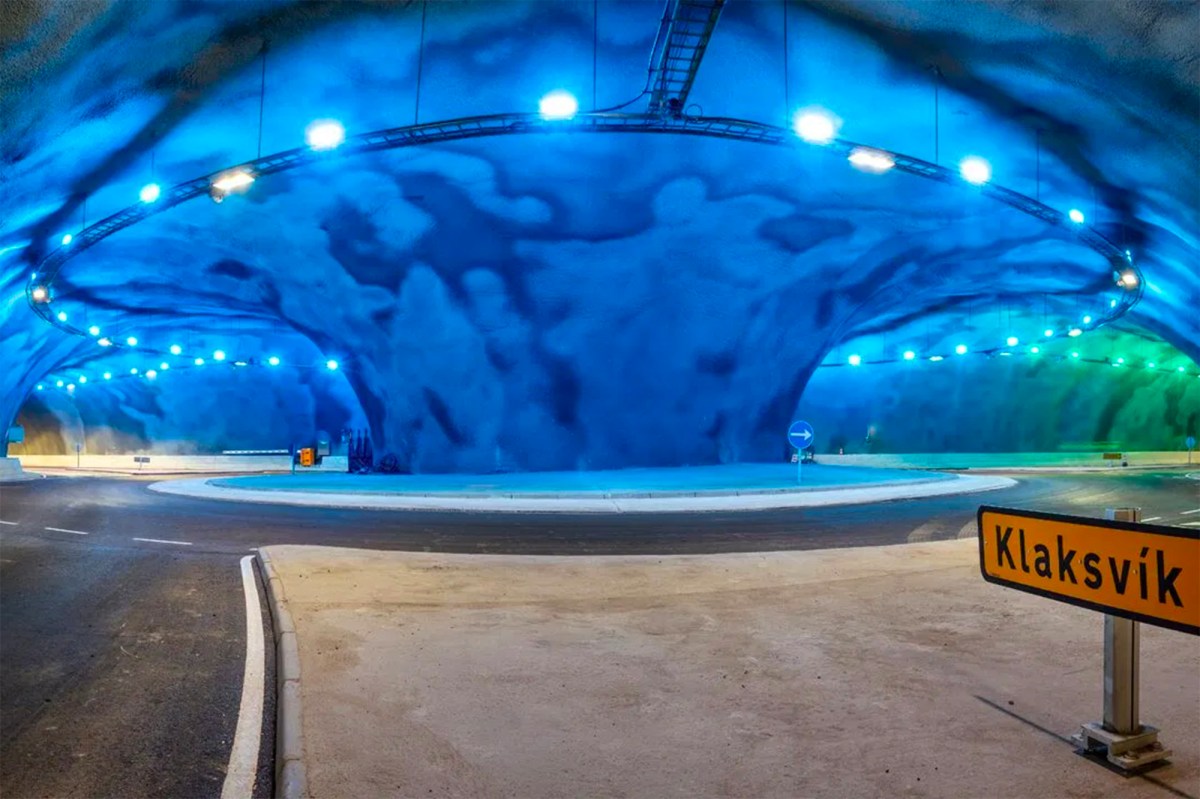 An incredible underwater roundabout is set to open in the remote Faroe Islands.

The Eysturoyar tunnel network is almost 7 miles long and runs beneath Skálafjørður fjord, connecting the islands of Streymoy and Eysturoy, the BBC reports. The tunnel network and its undersea roundabout will significantly cut journey times to the Faroe Islands’ capital Torshavn from many locations, according to contractor NCC.

The tunnel, for example, will shorten the journey time from Torshavn and the village of Runavik from just over 34 miles to 10.5 miles, according to Estunlar, which is overseeing the project. The lowest point of the tunnel is 613.5 feet below sea level.

Work on the tunnel began in 2016. “The Eysturoy tunnel is planned to open the 19 of December 2020,” Teitur Samuelsen, CEO of Estunlar, told Fox News, via email. “It has a spectacular roundabout under the Atlantic Ocean. It will be decorated by the famous Faroese artist Trondur Patursson, with a ring of people dancing the traditional Faroese dance.”

The stunning underwater traffic circle has been attracting plenty of attention on social media.

“The first roundabout under the Atlantic Ocean is a reality,” tweeted Kristina Hafoss, a member of the Faroe Islands Parliament. “This is part of our new 11 km sub-sea tunnel connecting 2 of our 18 #FaroeIslands in a new & innovative way.”

“Not a new lair for Dr Evil but a new 6.8-mile underwater tunnel network with roundabout connecting two of the Faroe Islands, Streymoy & Eysturoy!” tweeted Wallasey Yacht Club in the UK.

In another project, construction is also underway on the Sandoyar tunnel, which will be almost as long as the Eysturoyar tunnel when it is completed in 2023. The two tunnels are the largest infrastructure investment in Faroe Islands history, according to NCC.

Located in the North Atlantic, the Faroe Islands are a self-governing nation within the kingdom of Denmark.