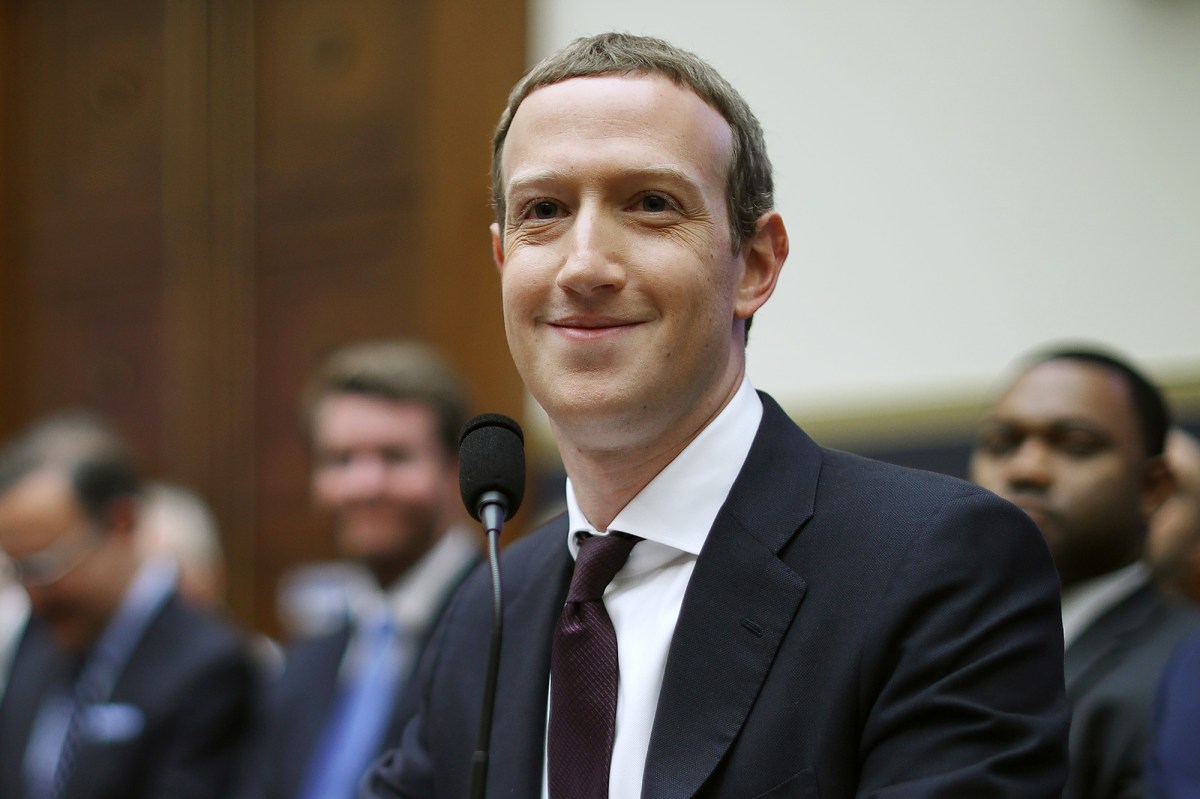 Facebook is amassing big legal guns in a looming battle with the US government over antitrust allegations — but the feds are working on a shoestring budget.

Mark Zuckerberg’s giant social network — which on Wednesday got sued by the Federal Trade Commission for allegedly using its deals to buy Instagram and WhatsApp to sidestep competition — has tapped some of the nation’s top litigators for the battle, The Post has learned.

Those include white-shoe law firm Davis Polk and its New York-based partner James Rouhandeh, who in 2018 was named “Litigator of the Year” by American Lawyer magazine. Sources said Zuckerberg is also expected to tap Beltway bigwig Mark Hansen, a Harvard-trained attorney who successfully defended Verizon from antitrust allegations by smaller phone networks in a 2004 case that went to the US Supreme Court.

Sources say the FTC’s antitrust case, meanwhile, will be led by in-house counsel Daniel Matheson, who was named the agency’s deputy trial chief only last year after joining the feds in 2016. In 2018, Matheson earned a salary of $136,000, according to public records.

The FTC is bringing the case after its executive director David Robbins reportedly announced “belt tightening” in late October amid the coronavirus crisis. Cutbacks included a hiring freeze, encouraging leave without pay and possibly scrapping year-end bonuses, according to online newsletter Big Technology.

An FTC spokesperson declined to comment, but the timing of the cuts to the FTC’s budget, pegged at slightly more than $330 million this year, couldn’t be worse, says William Kovacic, a professor at George Washington University who was an FTC commissioner from 2006 to 2011.

“It’s entirely legitimate to look at the lawyer matchups,” Kovacic told The Post. “The quality of the legal team is essential.”

In the case of the FTC, insiders say its staffer Matheson — who graduated from University of Michigan Law School in 2004 — earned a scrappy reputation as he prosecuted an antitrust case against giant chipmaker Qualcomm. In a May 2019 ruling for the FTC, US District Judge Lucy Koh noted that top Qualcomm execs including co-founder Irwin Jacobs were well-coached by their lawyers, but “very reluctant and slow to answer, and at times cagey” when cross examined by Matheson and his team.

“Dan has one speed and that is being aggressive,” a DC source said of Matheson’s style in court.

The FTC’s victory over Qualcomm was unanimously overturned by a US Appeals Court in August, who rejected the agency’s argument that Qualcomm’s requiring customers to sign licensing agreements — a practice that sparked a high-profile spat with Apple — was anticompetitive. Still, some insiders gave credit to Matheson, who took the case to trial despite Apple settling and the Justice Department siding with Qualcomm.

Nevertheless, Facebook’s own chief lawyer Jennifer Newstead — a former legal adviser to the US State Department who is best known for selling the Patriot Act to Congress — has assembled a formidable team, insiders say.

Rouhandeh was cited for his persistence in representing law firm Proskauer Rose and overturning a case alleging it had covered up Allen Stanford’s $7 billion Ponzi scheme. He also represented Morgan Stanley in the 2012 Facebook IPO for allegedly taking excessive insider share profits by understating Facebook revenue. That case ended in a settlement.

One DC legal source branded the FTC’s decision not to hire outside counsel for the Facebook case “a tactical mistake.” In big cases, the government has frequently hired outside counsel, such as when the Justice Department hired David Boies in its successful antitrust case against Microsoft. The FTC also brought in outside counsel in a case against Intel, and the chipmaker ended up settling charges that it was stifling competition.

But Seth Bloom, a longtime general counsel for the US Senate Antitrust Subcommittee, said the FTC may have little choice this time.

“It’s very expensive and these agencies are under budgetary pressure,” Bloom said. “Of course, they will be up against the best lawyers in the country.”

Even in smaller cases, the FTC has a mixed track record of late. Earlier this week, a federal judge in Philadelphia handed the FTC a loss, rejecting its request to temporarily stop Thomas Jefferson Hospital’s bid to buy Einstein Health Care Network.

Nevertheless, Bloom also notes that the FTC in 2016 successfully blocked a merger between Staples and Office Depot — and did it with its own legal team.

“The fact and law will decide the case,” Bloom said.

A new study confirms what many of...
Read more
Previous articleAirbnb Tops $100 Billion on First Day of Trading
Next articleInvestigation of His Son Is Likely to Hang Over Biden as He Takes Office