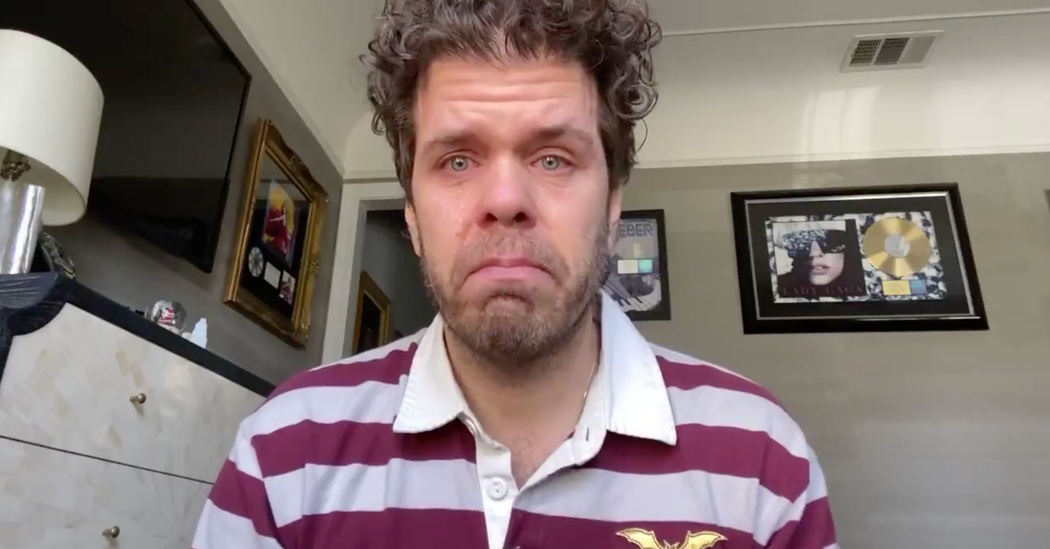 Mr. Hilton’s TikTok posts fall into a loose category on the app known as “TeaTok” or “MessyTok,” in that they often consist of gossip, analysis of celebrity drama and opinionated commentary. Similar accounts, including Drama Alert and TikTok Room, have become monetized media businesses with staff or contributors. (Mr. Hilton was also making around $3,000 a month through TikTok’s Creator Fund program.)

“I think the reason I have been permanently banned without any warning is because I’ve been talking about a lot of creators on TikTok,” Mr. Hilton said in a video posted to YouTube and Twitter. “But I haven’t done any harassing or bullying and TikTok is claiming that I am.”

Mr. Hilton posted several tearful videos to YouTube and Twitter, refuting the idea that he had ever violated guidelines and begging Ms. D’Amelio and her family to help reverse the ban.

In emails between Mr. Hilton and Anthony Fernandez, a content partnerships manager at TikTok, obtained by The New York Times, Mr. Hilton also pleaded with the company to reinstate his account, claiming that the content he shared, including that which related to Black Lives Matter and so-called “Karens,” had news value. “I’m sharing those for newsworthy value. And they never get taken down from any other platform,” he wrote.

“There is nothing more I can do at this point,” Mr. Fernandez replied. “Our Community Guidelines apply to everyone, and to everything shared on TikTok. You’ve violated multiple Community Guidelines, some of which even have a zero tolerance rule. Thank you for understanding and respecting our commitment to keep the TikTok community safe.”

In a previous email to Mr. Hilton, Mr. Fernandez claimed Mr. Hilton had violated multiple Community Guidelines, “including posting content that contains slurs and hate speech, sexual behaviors and nudity, and bullying.” Mr. Hilton disputed that and noted that he cross-posted many of his TikTok videos to YouTube, Twitter and Instagram, and that none of those sites had ever removed his videos.

“No matter what happens, I’m still Perez Hilton,” he said over the phone on Sunday. “I’m bigger than any one app or any one thing. People will still seek me out and employ me and have me do things. I’m excited for the future.”