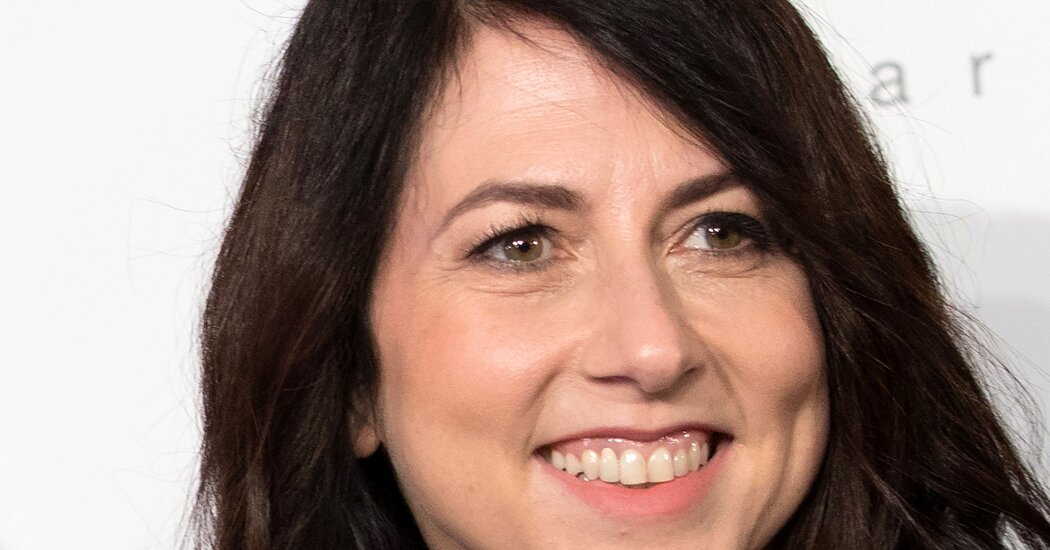 In her short career as one of the world’s leading philanthropists, MacKenzie Scott has made a mark through the enormous scale of her giving and also through its speed, donating nearly $6 billion of her fortune this year alone.

Ms. Scott, an author who was once married to Jeff Bezos, the founder and chief executive of Amazon, announced in a Medium post on Tuesday that she had given nearly $4.2 billion to 384 organizations in just the last four months. Many of the groups are focused on basic needs, including food banks and Meals on Wheels, in a trying year for millions of people.

“This pandemic has been a wrecking ball in the lives of Americans already struggling,” Ms. Scott wrote. “Economic losses and health outcomes alike have been worse for women, for people of color, and for people living in poverty. Meanwhile, it has substantially increased the wealth of billionaires.”

Mainstays like the N.A.A.C.P., Easterseals, Goodwill and the United Way made the list. So did more than 100 separate Y.M.C.A. and Y.W.C.A. organizations nationwide, which like many nonprofits have lost enormous amounts of revenue, even as demand for their services has increased.

And smaller organizations like a nonprofit affordable housing lender in Minnesota and a group that helps people pay off their medical debt also received funds.

Ms. Scott’s post did not include the amounts paid to the individual organizations, but it did say the entire sum committed is paid up front and is unrestricted, or “no strings attached,” as she put it.

Morgan State University, a historically Black university in Baltimore, announced that it had received $40 million, the largest private gift in the institution’s history. Ms. Scott said the money went to groups in all 50 states, Washington and Puerto Rico.

Chuck Collins, director of the Charity Reform Initiative at the Institute for Policy Studies, said that, at least in terms of publicly announced grants, he could think of no one who had given away more this year. “She’s responding with urgency to the current moment,” Mr. Collins said.

“You think of all these tech fortunes, they’re the great disrupters, but she’s disrupting the norms around billionaire philanthropy by moving quickly, not creating a private foundation for her great-grandchildren to give the money away,” Mr. Collins added.

The Institute for Policy Studies has pushed for legislation that would double the amount of money foundations are required to pay out of their endowments from 5 percent annually to 10 percent for the next three years to meet the yawning needs created by the pandemic.

For context, the Gates Foundation, by many measures the biggest and most influential charitable foundation in the world, with the fortunes of both the Microsoft founder Bill Gates and the investor Warren E. Buffett behind it, gave away $5.1 billion in direct grant support in 2019. But the Gates Foundation has decades of experience and more than 1,600 employees, whereas Ms. Scott referred only to a team of advisers helping her find worthy causes.

While the Gates Foundation may surpass her $5.9 billion in giving through its Covid-19 response, the figure illustrates just how quickly Ms. Scott has risen to the top rank of donors worldwide.

In July, Ms. Scott announced that she had given $1.7 billion to, among others, historically Black colleges and universities as well as groups supporting women’s rights, L.G.B.T.Q. equality and the fight against climate change. Howard University said at the time that it had received $40 million, a donation it described as “transformative.”

When Ms. Scott and Mr. Bezos divorced last year, Ms. Scott received 4 percent of the outstanding stock in Amazon, or 19.7 million shares. They were valued at the time at about $38.3 billion. Those shares today, after a pandemic-fueled surge in Amazon stock, would be worth about $62 billion; it is not clear how many shares she has sold.