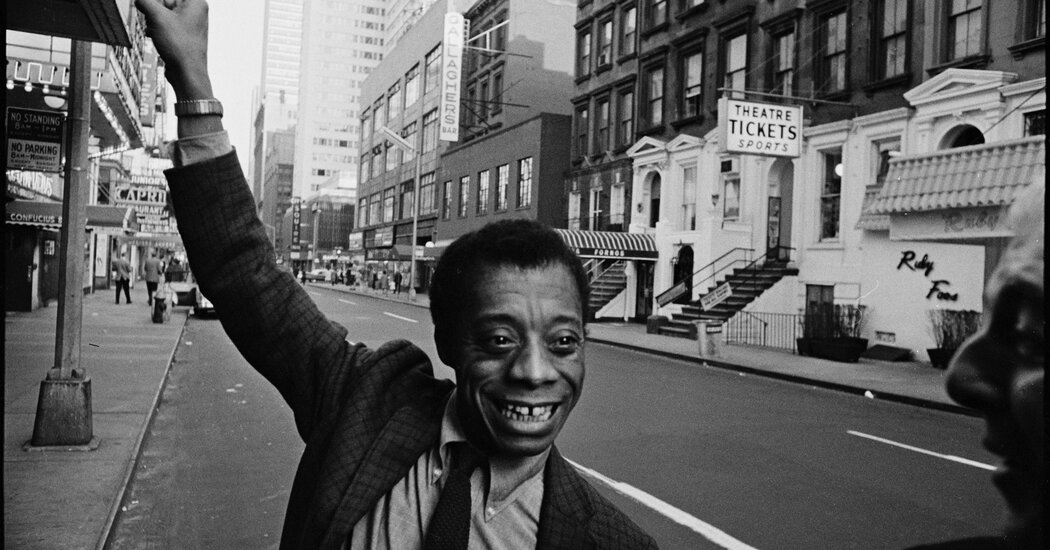 Shortly after first arriving in Paris, Baldwin moved to this ramshackle hotel run by Mme. Dumont, the matriarch of a Corsican family. Life there resembled Baldwin’s days in the Village, and it was not uncommon for residents to share meals, typewriters and lovers. The author developed strong friendships at the hotel with Mary Keen, a radical socialist from England, and Gidske Anderson, a Norwegian journalist who lived nearby. It was a particularly lively social scene: According to the Leeming biography, at a party thrown to launch Zero, the music was so loud and the revelry so raucous that Mme. Dumont shut off the electricity. Nevertheless, the party continued past dawn, stopping only when there was nothing left to drink. Just down the street, across from the singer-songwriter Serge Gainsbourg’s iconic graffiti-covered former home, the present-day Hôtel Verneuil (which is not the same building, unfortunately, where Baldwin lived) reopened last year after a complete renovation by the French architect Isabelle Stanislas, with some of its 26 rooms adorned with photos of James Baldwin.