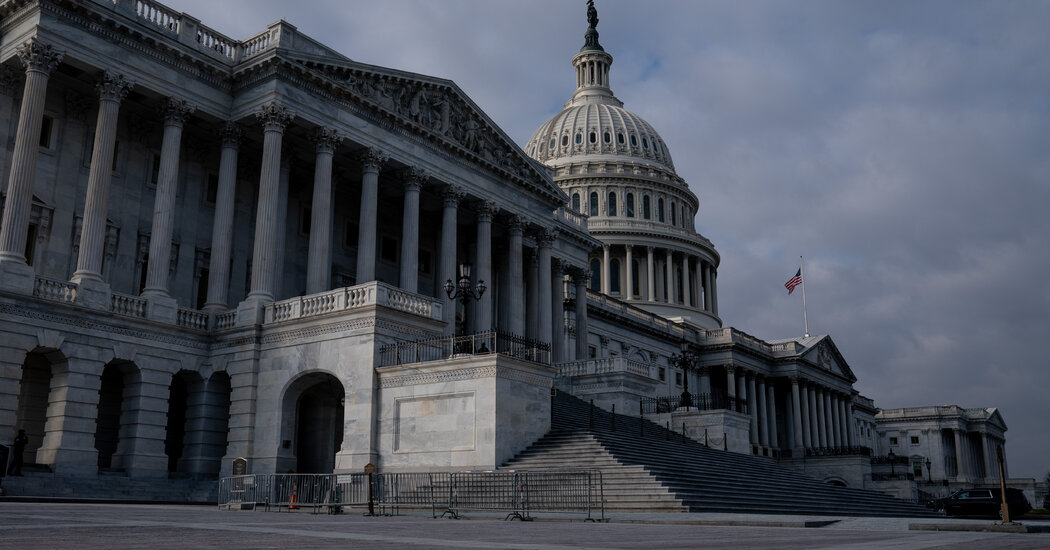 Negotiators worked into Friday night to put the finishing touches on key details of the stimulus compromise, continuing negotiations on how long unemployment benefits should last, how to distribute federal relief for small businesses and the extension of a federal eviction moratorium. The plan was expected to revive the Paycheck Protection Program, a loan program for struggling small businesses.

With Republicans insisting on keeping the overall cost of the measure below $1 trillion, it was substantially narrower than the $2.2 trillion stimulus law enacted in March, when the toll of the pandemic was just becoming clear. It fell well short of the scope of the recovery measure that most economists believe is necessary, and will guarantee that Mr. Biden will have to move quickly on another aid package, something he has already signaled will be his first priority.

The $600 stimulus payments and $300-per-week enhanced federal unemployment benefit amounted to half of the amounts authorized back then.

Senator Chuck Schumer of New York, the Democratic leader, also endorsed the effort to send another round of $1,200 direct payments.

Senator Ron Johnson, Republican of Wisconsin, blocked both attempts, calling it “a shotgun approach” at one point on Friday and criticizing the broader effort to send another round of taxpayer funds to prop up the sputtering economy.

“We will not have learned the lessons from our very hurried, very rushed, very massive earlier relief packages,” Mr. Johnson said on the Senate floor. “We’re just going to do more of the same, another trillion dollars.”