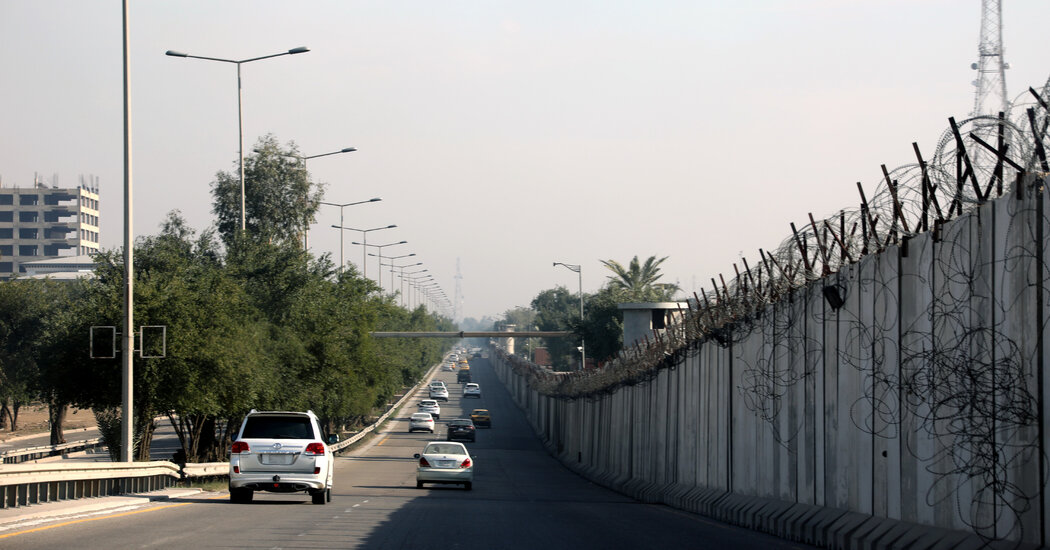 WASHINGTON — President Trump warned Iran on Wednesday that he would hold it accountable “if one American is killed” in rocket attacks in Iraq that the Trump administration and military officials blamed on Tehran.

In a Twitter post that came after a meeting with senior officials at the White House, Mr. Trump said that Iran was behind rocket attacks on the American Embassy in Baghdad on Sunday. “Some friendly health advice to Iran,” Mr. Trump tweeted. “If one American is killed, I will hold Iran responsible. Think it over.”

His post was followed by a statement from United States Central Command, which called the attacks on Sunday the largest in a decade. “The Dec. 20, 2020, rocket attack on the green zone in Iraq was almost certainly conducted by an Iranian-backed rogue militia group,” Capt. Bill Urban, a spokesman for Central Command, said in the statement. He added that the 21-rocket attack was “clearly NOT intended to avoid casualties.”

The attack killed at least one Iraqi civilian and damaged the embassy compound. It adds to the growing tensions between the United States and Iran in the waning days of Mr. Trump’s presidency. Last month, the president was dissuaded from striking Iran after his aides warned that it could escalate into a broader conflict in his last weeks in office.

In those discussions, Mr. Trump broached the idea of attacking Iran to force it to stop growing its nuclear program. Such an attack would be a significant blow to President-elect Joseph R. Biden Jr., who wants to revive the 2015 Iran nuclear accord, the signature foreign policy achievement of the Obama administration that Mr. Trump pulled out of in 2018. Such a strike on the eve of a new administration could poison relations with Tehran so much that reviving the deal would be impossible.

A strike in retaliation for rocket attacks in Iraq could also harm future relations, though most likely not as much as a strike on an Iranian nuclear facility, a Defense Department official said. But the official, speaking on the condition of anonymity because the White House meeting was private, said that the decision coming from that meeting on Wednesday was to stick to stern verbal warnings for now.

Since Mr. Trump dismissed Mark T. Esper as his defense secretary last month, along with other top Pentagon aides, Defense Department and other national security officials have privately expressed worries that the president might initiate operations, whether secret or overt, against Iran and other adversaries at the end of his term.

Officials say a strike could be inevitable if any Americans are killed before Inauguration Day. The officials have been especially nervous about the Jan. 3 anniversary of the American strike that killed Maj. Gen. Qassim Suleimani, the commander of Iran’s elite Quds Force of the Islamic Revolutionary Guards Corps, and the Iraqi leader of an Iranian-backed militia — deaths that Iranian leaders regularly insist they have not yet avenged.

In Iraq, rocket attacks that the United States has long said were linked to Iran are a staple. But Pentagon officials worry that any uptick in such attacks could give Mr. Trump a reason to retaliate. “The United States will hold Iran accountable for the deaths of any Americans that result from the work” of Iranian-backed militias, the Central Command statement said.

In the past two weeks, Central Command has flown B-52 bombers in the region in a show of force, sent an extra squadron of fighter planes to Saudi Arabia, kept the aircraft carrier Nimitz in the area, and announced that it is sending a Tomahawk-firing submarine. All of these measures, military officials said, are in the name of deterrence.