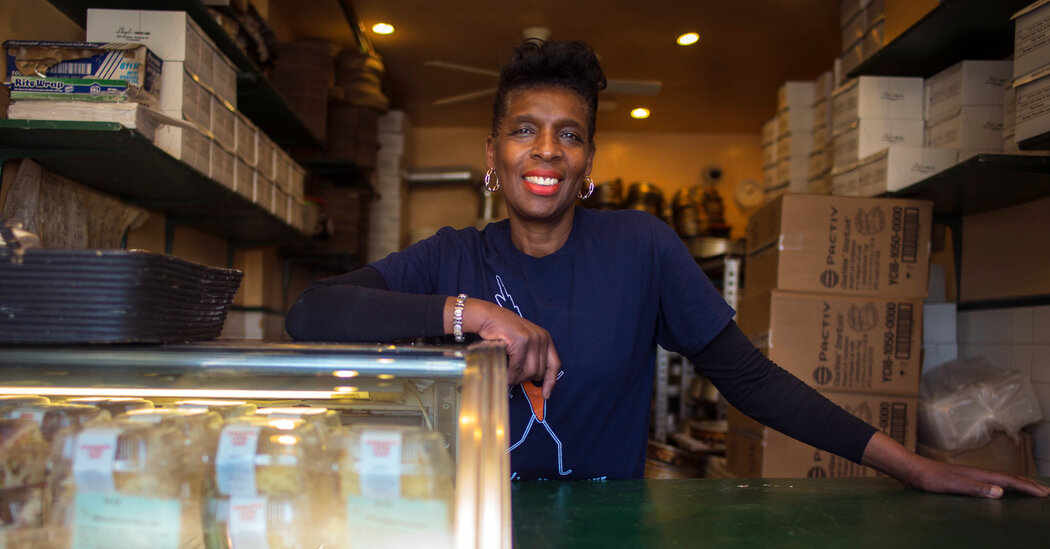 Today, Lloyd’s Carrot Cake churns out 1,500 cakes daily (including red velvet, German chocolate and pineapple coconut), and it goes through 2,500 pounds of carrots weekly, along with 2,000 pounds of cream cheese for its frosting.

In addition to her son, Ms. Campbell-Adams is survived by a daughter, Lilka Adams; a sister, Glenda Campbell Roberts; a brother, Erwin; a half brother, Carl Campbell; and a half sister, Brenda Campbell Gibbs.

As the pandemic gripped New York in the spring and her restaurant clients started to close, Ms. Campbell-Adams worried about the bakery’s fate. To her astonishment, however, she became busier than ever.

When Van Cortlandt Park crowded over the summer with New Yorkers eager for open air, she sold cakes constantly. The brand’s Thanksgiving sales were the strongest in years. And as Christmas approached, Ms. Campbell-Adams baked through nights and weekends in preparation for the holiday rush.

One cold evening this month, she was finishing up at the bakery when she learned that a bulk pickup of cakes was delayed. Rather than risk a late delivery, she drove the cakes herself to a pickup stop in Mount Vernon. Shortly after arriving and entering a parking lot, she felt unwell. Her Jeep reversed and then abruptly stopped. She was found in the car the next morning.

At a vigil held outside the Riverdale bakery the following night mourners lit candles and offered remembrances. People soon started asking her family about the future of Lloyd’s Carrot Cake.

“When she passed, me and my sister said to each other, ‘What are we going to do tomorrow? Close the doors?’” he added. “But then I heard my mom in the back of my mind saying, ‘You can’t turn them away.’ She’d say, ‘Well, we’re closed, but what do you need?’”