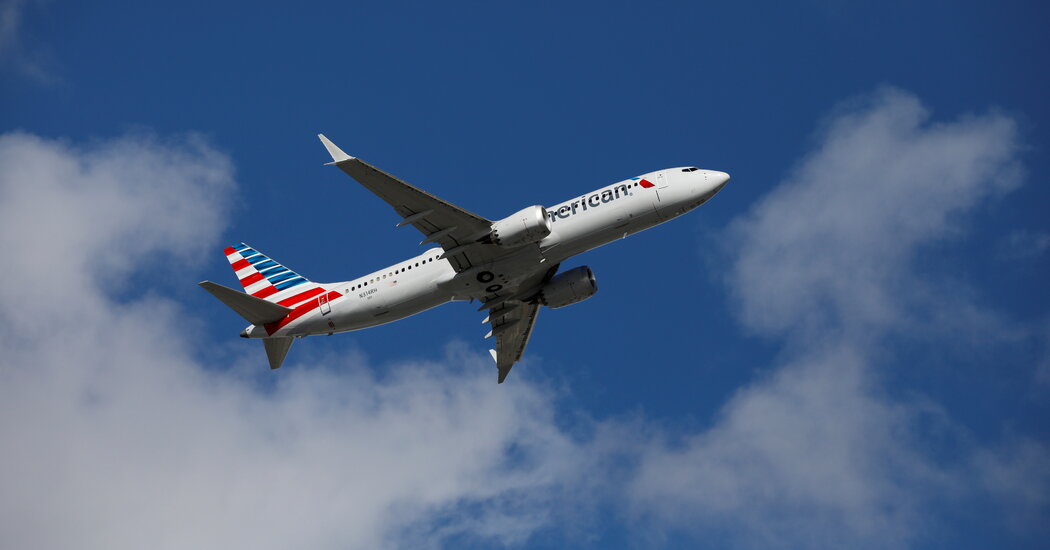 American plans to use the Max for daily flights between Miami International Airport and La Guardia Airport through Monday. The airline plans to increase service after that, using the plane for as many as 38 flights a day through mid-February. Between mid-February and early March, American expects to operate as many 91 Max flights per day.

The captain of the American flight on Tuesday, Sean Roskey, told passengers before taking off that he had “the utmost confidence in the safety of this aircraft,” according to video shared by an NBC News reporter who was on the flight.

“I just want to thank all of you for your trust in all of us,” said Mr. Roskey, who has worked at American for nearly three decades.

His wife, Ann, was on the flight, as was the mother of the first officer, Moraima Maldonado, according to the airline. Mr. Roskey and Ms. Maldonado also piloted the return flight to Miami.

Before the plane was grounded, American operated more than 18,000 flights using the Max. It has 31 of those jets in its fleet, with 69 on order.

Like other airlines, American has said that, for now, it will allow passengers worried about flying on the Max to rebook their trip to avoid the plane or to receive credit for future travel. The airline’s approximately 2,600 Boeing 737 pilots will all be retrained to fly the Max, a process that involves classroom briefings and training in a simulator. In addition to F.A.A. oversight, each Max jet will be subject to internal inspection and a readiness flight before it carries passengers. Tuesday’s flight had capacity to seat 172 passengers — 16 in business class and the rest in economy.

United Airlines said it expects to start flying the Max on Feb. 11, out of Denver and Houston. The airline has already scheduled flights using the plane from Houston to Los Angeles, Orlando, San Diego and Tampa, and between Los Angeles and Orlando, according to Cirium, an aviation data company.