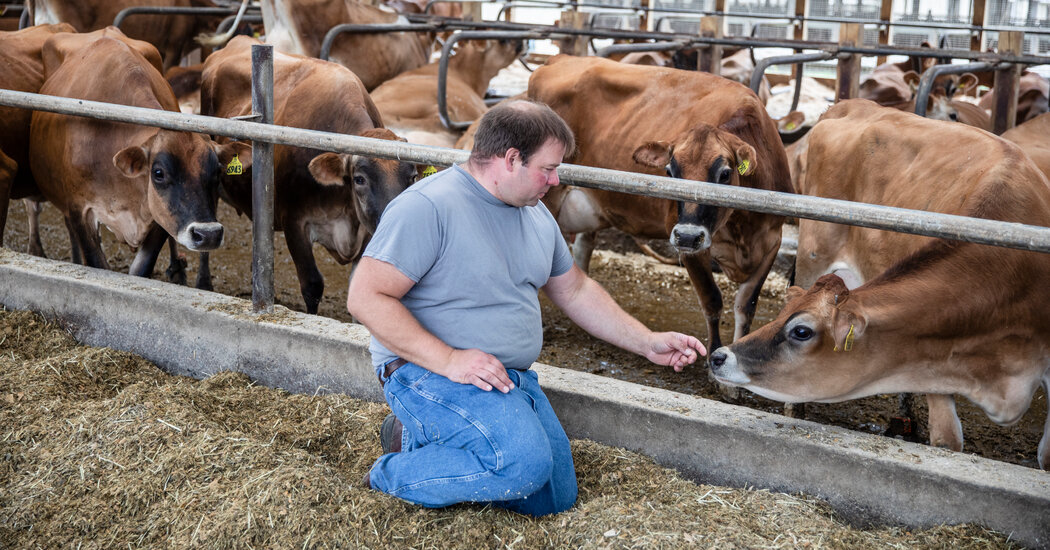 Stephen Larson, a lawyer for the Dick Van Dam Dairy, described the images as staged or are taken out of context. Earlier this month, a judge dismissed a lawsuit against the farm filed by another animal rights organization, saying it lacked standing. “The accusation that they mistreated their cows is something that cuts the Van Dam family very deeply, because the truth is that they have always, for generations, cared about and cared for all of their cows,” Mr. Larson said.

Dairy industry experts and farmers who have viewed the footage expressed revulsion and said the abuses depicted were not the norm. “These videos make every dairy farmer and veterinarian sick to their stomach because we know the vast majority of farmers would never do such things to their cows,” said Dr. Carie Telgen, president of the American Association of Bovine Practitioners.

The effort to turn Americans against dairy is gaining traction at a time when many of the nation’s farms are struggling to turn a profit. Milk consumption has dropped by 40 percent since 1975, a trend that is accelerating as more people embrace oat and almond milk. Over the past decade, 20,000 dairy farms have gone out of business, representing a 30 percent decline, according to the Department of Agriculture. And the coronavirus pandemic has forced some producers to dump unsold milk down the drain as demand from school lunch programs and restaurants dried up.

“We feel entitled to artificially inseminate a cow and when she gives birth we steal her baby, even though her cries of anguish are unmistakable,” he said, his voice cracking with emotion. “And then we take her milk that’s intended for the calf and we put it in our coffee and cereal.”

The National Milk Producers Federation, which represents most of the country’s dairy 35,000 dairy farmers, has been trying to head off the souring public sentiment by promoting better animal welfare among its members. That means encouraging more frequent veterinarian farm visits, requiring low-wage workers to undergo regular training on humane cow handling, and the phasing out of tail docking — the once-ubiquitous practice of removing a cow’s tail.

“I don’t think you’ll find farmers out there who are not trying their best to enhance the care and welfare of their animals,” said Emily Yeiser Stepp, who runs the federation’s 12-year-old animal care initiative. “That said, we can’t be tone-deaf to consumers’ values. We have to do better, and give them a reason to stay in the dairy aisle.”