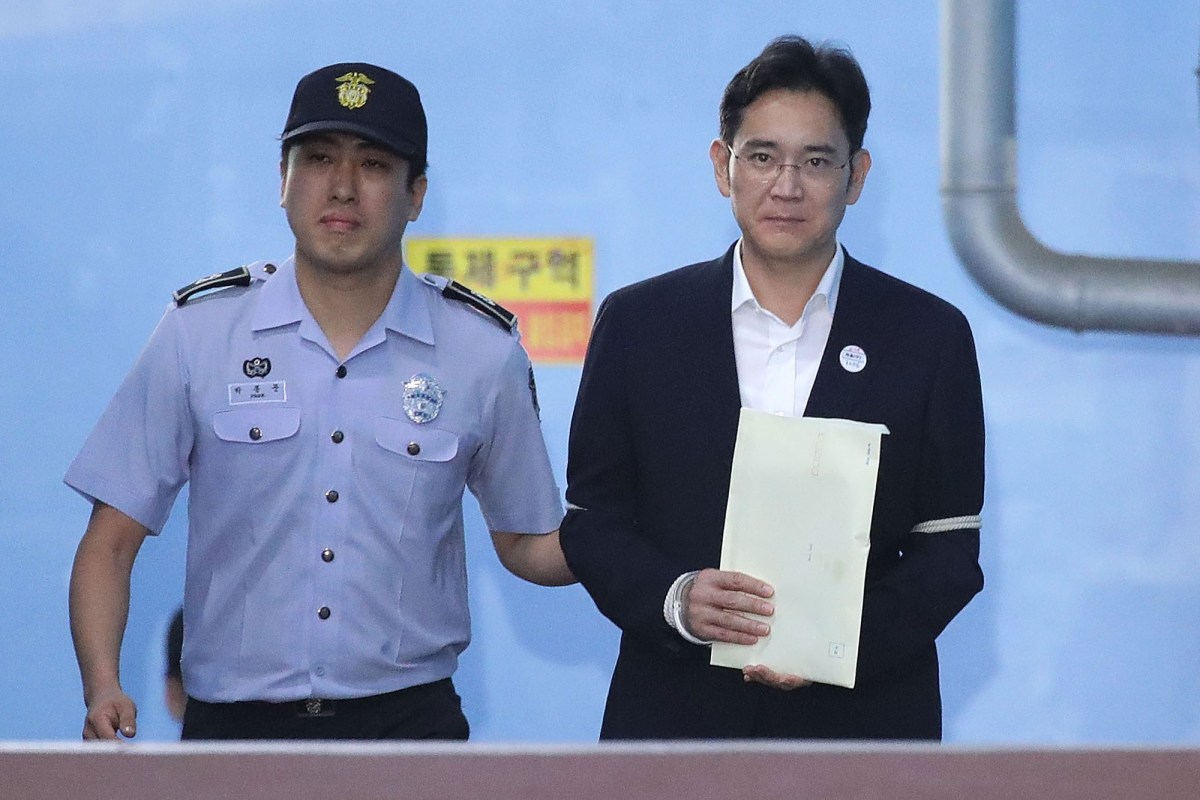 South Korean prosecutors on Wednesday requested a nine-year prison term for Samsung’s de facto chief, Lee Jae-yong, during his bribery retrial, where Lee apologized and vowed not to be implicated in similar allegations in an apparent plea for leniency.

The case is a key element in an explosive 2016 scandal that triggered months of public protests and toppled South Korea’s president. A ruling on Lee could send him back to prison on charges that he bribed former President Park Geun-hye and her longtime confidante to get the government’s backing for his push to solidify his control over Samsung.

A team of prosecutors led by independent counsel Park Young-soo demanded the Seoul High Court sentence Lee to prison. They said Samsung “more actively sought unjust benefits” than other businesses with regard to the 2016 scandal. The prosecutors said Samsung, which is South Korea’s biggest company, should “set the example” for efforts to root out corruption.

“Samsung is a business group with overwhelming power, and there is even a saying that South Korean companies are divided into Samsung and non-Samsung ones,” the prosecutors said in closing comments. “The rule of law and the egalitarianism principle … are meant to punish those in power and those with the economic power in line with the equal standard.”

Prosecutors also asked the court to sentence three former Samsung executives to seven years in prison and another former executive to five years.

Lee, 52, vice chairman of Samsung Electronics, was sentenced in 2017 to five years in prison for offering 8.6 billion won ($7 million) in bribes to Park and her longtime confidante Choi Soon-sil. But he was freed in early 2018 after the Seoul High Court reduced his term to 2½ years and suspended his sentence, overturning key convictions and reducing the amount of his bribes.

Last year, the Supreme Court returned the case to the high court, ruling that the amount of Lee’s bribes had been undervalued. It said the money that Samsung spent to purchase three racehorses used by Choi’s equestrian daughter and fund a winter sports foundation run by Choi’s niece should also be considered bribes.

During Wednesday’s court session, Lee’s lawyers said the basic nature of the 2016 scandal was about ex-President Park’s abuse of power that infringed upon the freedom and property rights of businesses. The lawyers said Lee and the other ex-Samsung executives embroiled in the scandal weren’t able to resist the pressure by Park and Choi and that they and Samsung didn’t receive any special favors from Park’s government.

Lee apologized over the case, saying that “everything is my fault” and that “I deeply repent and am ashamed of myself.” Lee said he’ll never engage in any activity that can cause misunderstanding and pledged to focus on making contribution to South Korean society.

Lee also reiterated his earlier promise not to pass the management rights to his children and to stop suppressing employee attempts to organize unions.

The Seoul High Court is to issue a ruling on Jan. 18, according to South Korean media reports.