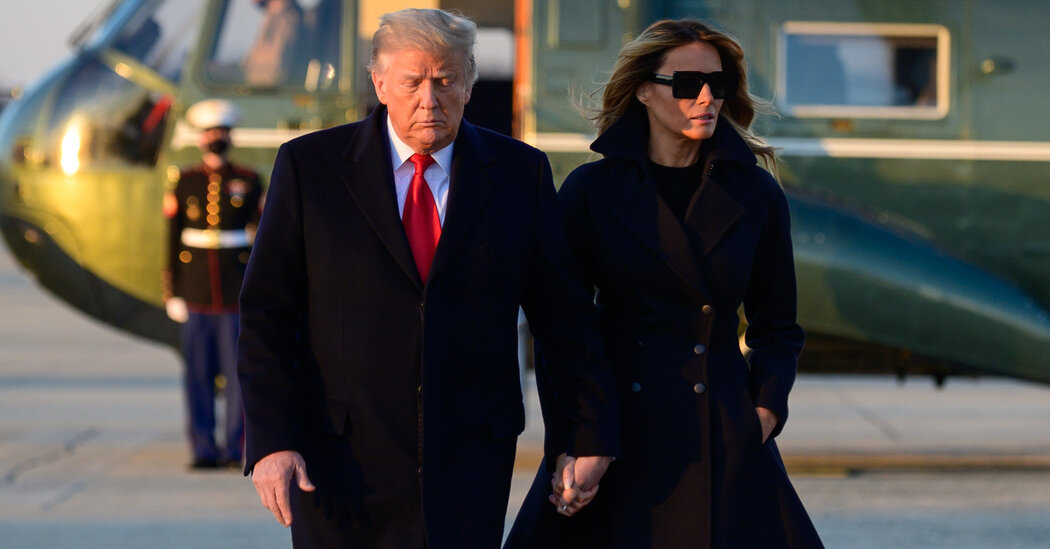 President Trump was briefed this month about intelligence reports that China had offered to pay bounties to fighters in Afghanistan who attacked American soldiers there, but the information was uncorroborated and comes months after Mr. Trump dismissed as a “hoax” a C.I.A. assessment that Russia had paid for such attacks.

It is unclear whether the intelligence on China shows that any bounties were paid, or whether any attacks on American personnel were even attempted. United States intelligence agencies collect enormous amounts of information, much of which turns out to be false or misleading.

The information, included in the president’s written briefing on Dec. 17 and relayed verbally by the national security adviser, Robert C. O’Brien — was earlier reported on Wednesday night by Axios and confirmed by U.S. officials.

It comes at a time when Trump administration officials, including the director of national intelligence, John Ratcliffe, have sought to put more pressure on China, partly in the hope of limiting any plans by the incoming Biden administration to ease tensions with Beijing.

Mr. Trump, Mr. Ratcliffe and other officials have also sought to direct attention toward Chinese misbehavior in areas where other American officials consider Russia to be a greater threat, including computer hacking and the use of disinformation to disrupt American politics.

After the disclosure this month that the United States government had been subjected to a huge cyberbreach that American officials, including Secretary of State Mike Pompeo, confidently attributed to Russia, Mr. Trump angrily cast doubt on that notion and sought to implicate Beijing. “Russia, Russia, Russia is the priority chant when anything happens,” Mr. Trump wrote on Twitter, charging that the news media avoids “discussing the possibility that it may be China (it may!).”

The Axios report said on Wednesday that the underlying intelligence on the bounties, about which it obtained no further details, would be declassified, although it was unclear why or for whom. White House officials would not elaborate but did not dispute that the intelligence was uncorroborated.

Although tensions between the United States and China have escalated significantly during the Trump era, Beijing is not known to provide substantial support to anti-American proxies in combat zones like Afghanistan, and some national security experts were initially skeptical that Beijing would support attacks on Americans. By contrast, many considered similar reports about Russian bounties to be credible.

If confirmed, and particularly if traced to political leaders in Beijing, such an action by China would constitute a grave provocation that might demand a response by President-elect Joseph R. Biden Jr. after he takes office in January.

A Biden transition official would not say on Wednesday night whether Mr. Biden, who now receives official daily intelligence briefings, had been presented with the same information as the president.

But the official said that the Biden team would seek to learn more about it from the Trump administration and that it underscored the importance of a fully cooperative transition process, including with the Defense Department, which Mr. Biden on Monday accused of “obstruction.”

“Right now,” Mr. Biden said in Wilmington, Del., “we just aren’t getting all the information that we need from the outgoing administration in key national security areas.”

Months before the report involving China, the Pentagon and U.S. intelligence agencies were investigating reports collected this year, and first reported by The New York Times, that Russian military intelligence agents had offered to pay Taliban-linked fighters in Afghanistan for the killing of American soldiers there.

The C.I.A. assessed with medium confidence that Russia had covertly offered and paid the bounties to a network of Afghan militants and criminals. The National Security Agency placed lower confidence in the intelligence. But Mr. Pompeo, for one, took the reports seriously enough to issue a stern face-to-face warning this summer to his Russian counterpart.

Mr. Trump was similarly provided with a written briefing on that intelligence, but publicly he dismissed it as “fake news” and an extension of what he called the “Russia hoax,” including the investigation into his 2016 campaign’s ties to the Kremlin. At the same time, the president suggested that subordinates had not done enough to draw the report about Russia to his attention.

“If it reached my desk, I would have done something about it,” Mr. Trump said in July. United States officials have said that the assessment regarding Russia was included in his written intelligence brief in February, but that he rarely reads that document.

In multiple subsequent conversations with President Vladimir V. Putin of Russia, Mr. Trump did not raise the matter.

Many questions are outstanding about the unverified intelligence regarding China, including when such bounties were said to be offered, by whom and to whom. The United States and its coalition partners in Afghanistan are fighting not only the Taliban but also Al Qaeda, the Islamic State and various other militant and criminal groups.

The reportedly planned release of more information comes at a time when Democrats and many career intelligence officials are concerned that Trump officials like Mr. Ratcliffe have sought to selectively declassify intelligence for political purposes, like the Russia investigation and election interference.