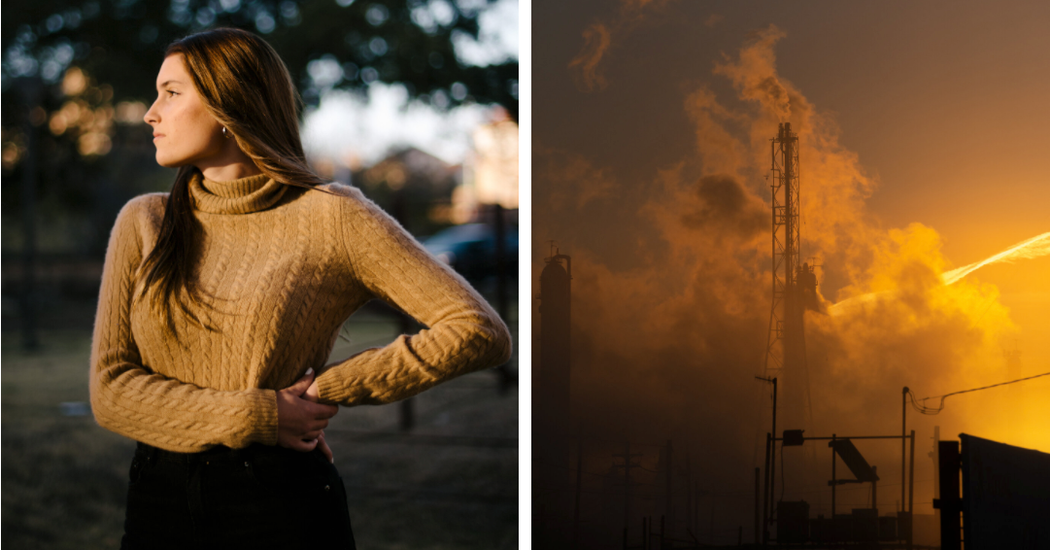 HOUSTON — Sabrina Burns, a senior at the University of Texas at Austin, had thought she would be launching a lucrative career in the oil and gas industry when she graduated in a few months.

But the collapse in the demand for oil and gas during the coronavirus pandemic has disrupted her well-laid plans and is forcing her to consider a new path.

“We got a slap in the face, an entirely unforeseen situation that rocked our entire mind-set,” said Ms. Burns, who is studying petroleum engineering. “I have applied for every oil and gas position I’ve seen, like all my classmates, and nothing really has turned up. I’m discouraged.”

With fewer people commuting and traveling, the oil and gas industry has taken a punishing blow. Oil companies have laid off more than 100,000 workers. Many businesses have closed refineries, and some have sought bankruptcy protection.

The industry has attracted thousands of young people in recent years with the promise of secure careers as shale drilling took off and made the United States the world’s largest producer of oil. But many students and recent graduates say they are no longer sure that there is a place for them in the industry. Even after the pandemic ends, some of them fear that growing concerns about climate change will lead to the inevitable decline of oil and gas.

These students are seeking elite positions in an oil and gas industry that employs about two million people. Even after recent layoffs, petroleum companies still employ more people than the fast-growing wind and solar businesses, which have a combined work force of at least 370,000, according to trade groups.

Ms. Burns, 22, said her choices have narrowed considerably over the last nine months. With opportunities in oil and gas limited, she recently accepted an internship with an engineering consulting firm specializing in energy conservation, and she may eventually apply to graduate school in environmental science. She is also considering moving in with her sister after graduation to save money.

“I feel like companies are going to be pretty cautious about coming out of this, about taking new hires,” she said.

Ms. Burns was enticed into an oil and gas career by stories her father, a helicopter pilot, told her about the successful female engineers he had met servicing offshore rigs in the Gulf of Mexico. But while her professors have talked up the future for oil and gas companies, she is worried.

Even before the pandemic, Ms. Burns said, she had some doubts about her chosen industry. Other students and even an Uber driver ferrying her and others to a petroleum industry banquet in 2018 raised questions about the future of oil and gas and why renewable energy might be a better bet.

“Did you ever hear of a solar panel?” she recalls the Uber driver asking her and her friends.

“The silent judgment and passing comments weighed on me a lot,” she added. Her parents persuaded her to stick with her program, and Ms. Burns said she was committed to the industry and working to improve its environmental performance.

“I hope I can eventually put all of my skills and knowledge to work,” she said.

‘Demand is going to come back.’

Stephen Zagurski, a graduate student in geology at Rice University, said the timing of his graduation in the coming weeks is “not perfect, far from it.”

“You have a lack of available positions and you have a huge talent pool and an abundance of graduates getting out of school,” he added. “It’s going to make opportunities to get into the industry that much harder.”

But Mr. Zagurski, 23, said the oil and gas industry will bounce back just as it has many times over the last century despite popular notions that the pandemic would permanently reduce energy consuming habits. “Demand is going to come back,” he said. “Let’s be honest here, how many things in our daily lives have some kind of a petroleum-based product in them.”

Mr. Zagurski has an internship with Roxanna Oil, a small company with managers who are his second cousins, and he has steadily been given greater responsibility.

He can probably join Roxanna full time after graduation, and he is confident that the market for young geoscientists and engineers will eventually pick up. If the oil industry does not rebound, he is also considering working in geothermal energy or environmental science or pursuing a doctorate. “Everyone is biding their time to see what will happen,” he said.

Some have switched industries.

Myles Hampton Arvie, a senior at the University of Houston who is studying finance and accounting, wanted to follow his father into the oil and gas industry.

“Energy and gas is something I am passionate about,’ he said. “Oil and gas is not going anywhere for the next 20 or 30 years, so while we are making that transition to cleaner energy, why not be a part of it?”

His father was a project manager in offshore fields in the Gulf of Mexico. Mr. Arvie is interested in an office job and twice interned with EY, also known as Ernst & Young, doing financial modeling, auditing and fine-tuning balance sheets for several American and Canadian oil companies. He became the vice chairman of the Energy Coalition, a student group that provides educational and job fair opportunities for students.

Mr. Arvie attracted enough attention to land interviews with several oil and gas companies, but a job offer proved elusive. “It’s very competitive,” he said, and the downturn has only made it harder to land a position.

Set to graduate in May, Mr. Arvie, 22, has switched careers and accepted a job at JPMorgan Chase, where he expects to get involved in derivatives and marketing in the technology industry. Someday, though, he said, he might find a place in the energy industry.

“I’m a little disappointed,” he said. “But you have to keep it moving.”

Clayton Brown, a graduate student at the University of Houston who is studying petroleum geology, remembers finding an article online four years ago that asserted that the future couldn’t look brighter for geologists investigating underground oil and gas reserves.

“I saw the salary that petroleum geologists make and I got immediately interested,” Mr. Brown said.

From Cape Fear Community College in Wilmington, N.C., Mr. Brown went on to study geology at Western Colorado University. He was fascinated by the science behind seismic testing and rock and sand formations.

Confident in his career choice, he borrowed tens of thousands of dollars to continue his education.

Now 23, Mr. Brown has $55,000 in student debt. By the time he graduates next fall, he will owe about $70,000. To make matters worse, the small oil company where he was interning stopped paying him recently as it cut costs to manage the downturn.

He moved back to North Carolina to live with his parents while attending classes online and sending out résumés. “Covid was quite the curveball,” he said. “No one expects a virus to come destroy the oil industry.”

Still, he said, he has no regrets and calls the downturn “just bad timing.”

A job for now but worried about the future.

Tosa Nehikhuere, the son of Nigerian immigrants, has been relatively lucky. Shortly after he graduated from the University of Texas at Austin in 2018, he joined a big European oil company, working various internships and jobs in the field and on the trading floor.

But it has been such an unsteady ride that he already has misgivings about the direction he took in college.

Mr. Nehikhuere’s parents were poor back in Nigeria. They moved to New York, where Mr. Nehikhuere’s father drove a cab. They eventually made their way to Houston, where life was cheaper and his parents pursued careers in nursing.

They embraced the oil business, which dominates Texas and their home country, and prodded their son to pursue petroleum engineering. It is a common path of immigrants and first- and second-generation Americans in Texas.

In the middle of Mr. Nehikhuere’s freshman year, the Organization of the Petroleum Exporting Countries, led by Saudi Arabia, flooded the world market with oil to try to undercut the booming American shale oil drilling industry, sending prices tumbling.

“It was pretty nerve-racking,” he recalled. “I saw seniors with three internships at the same company get frozen out; juniors, sophomores having trouble getting internships. All around, it was pretty bad in terms of the job outlook.”

Mr. Nehikhuere thought about switching majors, but he figured that oil prices would recover, as they had so many times, and they did through most of 2018 and 2019.

But the coronavirus pandemic took hold just as Mr. Nehikhuere’s career was gaining traction, and now he is worried again.

Mr. Nehikhuere, 24, did not want to identify his employer, but he said it is laying off workers and is debating how aggressively it should pivot away from oil and gas toward renewable energy.

If the company does move rapidly toward cleaner energy, he said, he is not sure if there will be a place in it for him. “How much are my skills going to transfer?”

“There is going to be a significant amount of layoffs, change and outsourcing,” he added. “To be honest, I don’t know if it’s going to affect me or not. It’s really up in the air.”

Mr. Nehikhuere is already contemplating a change, perhaps looking for work at a consulting firm or a business that provides technology to oil and gas companies.

“As I think more and more about my career, the volatility that is involved in working for an oil and gas company can be very unsettling,” he said. “I prefer to have something more stable.”