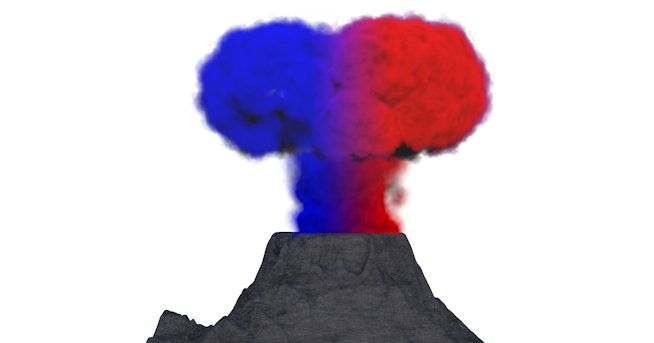 When we spoke last month for an article, the Republican pollster Robert Cahaly told me that Trump’s attacks on the credibility of the voting process could well drive down participation among his party’s base.

“If someone believes the election wasn’t legit, and that voter then asks the logical question — ‘Well, if you want my vote to count, what are you going to do differently?’ — and Republicans don’t have an answer for them, it affects their enthusiasm,” Cahaly said. “My question is, can the Republicans overcome that? I’m not sure they can.”

And Trump has only seemed to double down on his claims in the past few weeks.

Polls — including those by Cahaly’s Trafalgar Group — are not assuaging Republicans’ concerns. None of the traditional polling outfits that we’re used to relying on have conducted surveys ahead of these runoffs (they’re taking a break after a tough year for polling and licking their wounds), but the ones that we do have are a cause for Republicans to worry.

In Washington, Trump’s inability to accept his defeat has left him increasingly isolated — but he still has a posse. No matter what happens tomorrow, the Senate’s Republican caucus will remain divided by Trump’s loyalty tests, and it promises to be an ugly scene on Wednesday, when Congress will convene, one day after the Senate elections, to certify the Electoral College results.

A dozen Republican senators have now said that they intend to challenge the election outcome. That’s not nearly enough to successfully overturn the results, particularly since the chamber’s Republican leadership has already indicated it considers Biden the rightful winner, but it’s enough to cause a stir.

The 12 senators who have indicated they will contest the results on Wednesday are a mixed bunch, but many of them — including the relatively young and staunchly pro-Trump senator from Missouri, Josh Hawley, and four lawmakers who were just sworn in yesterday after being elected to the Senate for the first time in November — appear to think that their brightest days in politics are still ahead.

But what about the several dozen Republican senators who aren’t heeding the president’s cries? With all eyes on Georgia, he has tried to make the secretary of state there into a villain — but Raffensperger, with his conservative track record and his carefully calibrated statements throughout this head-spinning process, just might come out with his credentials burnished.