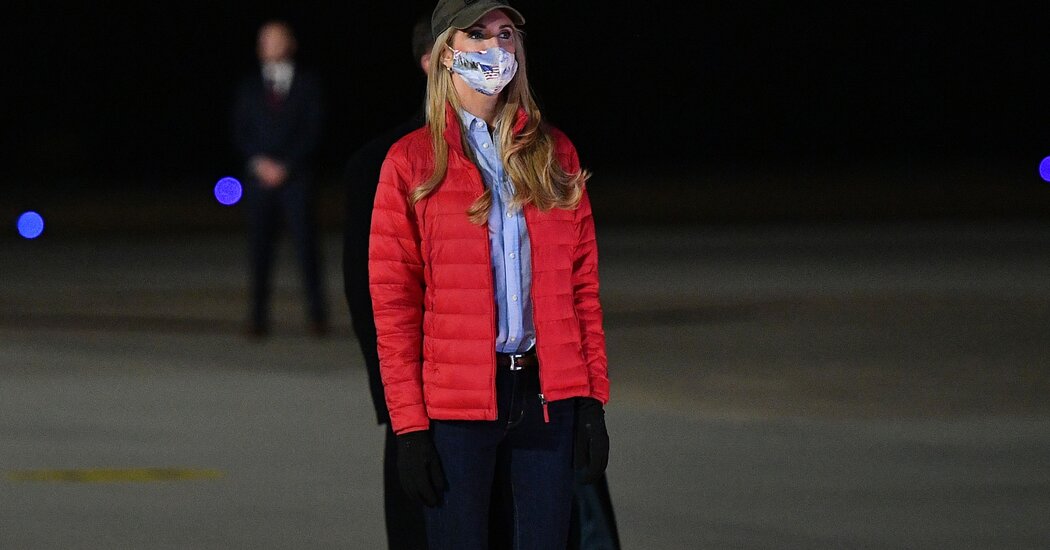 A simple solution for a long-running problem

The recent controversy over stock trading by lawmakers like Senator Kelly Loeffler of Georgia, who avoided significant losses by selling some shares after key meetings early in the pandemic, revived concerns about how Congress polices its members’ portfolios. In his first column of the year, Andrew proposes a simple way to stop politicians’ trading in individual stocks.

Use the S.E.C. The agency could create a rule for broker-dealers that requires them to ask “politically exposed persons” — lawmakers, their staff and relatives — to personally answer a questionnaire every time a stock trade is executed, even if a financial adviser instigated it. Those answers and details of the trades could then be forwarded to the S.E.C. and posted publicly on its website within 24 hours.

It’s a spin on the S.E.C.’s requirements for its own employees: They must authorize their brokers to send confirmations of all trades directly to the agency. They also cannot trade the stocks of companies under investigation by the agency, and have to clear all trades in advance and certify that they don’t have inside information about a company.

This would eliminate a frequent excuse from lawmakers being pressed on their trades: that they weren’t involved in day-to-day buying and selling, as Senator David Perdue of Georgia said when he was found to have executed nearly 2,600 trades in one term. And it would shorten the 45-day disclosure delay allowed under the STOCK Act, which prohibits lawmakers from using inside information but allows them to trade in individual stocks. (No member of Congress has ever been prosecuted under the law.)

“There ought to be more sunlight on the people who trade in Congress,” Harvey Pitt, a former S.E.C. chairman, told Andrew. “That’s why I like this idea.”

The main stumbling block is, well, Congress. Lawmakers approve the S.E.C.’s budget, so making this rule would be “like biting the hand that feeds you,” Andrew writes. But a new S.E.C. chief is expected to be named in the coming weeks, and has a chance to be bold on this issue.

Markets tumble on fears about politics and the pandemic. The S&P 500 and the Nasdaq each fell 1.5 percent yesterday, the steepest decline in more than two months, amid concerns about the Senate runoffs in Georgia today, the certification of President-elect Joe Biden’s victory tomorrow and resurgent Covid-19 cases. For analysis of what’s at stake in the pivotal Georgia runoff elections, check the latest edition of our sister newsletter, The Morning.

“We are in for some choppy waters.” So reckons Cecilia Rouse, the head of Mr. Biden’s Council of Economic Advisers, in an interview with The Times’s Patricia Cohen, as the incoming administration prepares to confront an economy battered by the pandemic and a battle to pass more stimulus with a potentially hostile Senate.

Moderna raises its forecast for Covid-19 vaccine production. The company said it planned to make as many as 600 million doses this year, up 20 percent from previous expectations. In other vaccination news, more countries are weighing whether to follow Britain’s plan of delaying booster shots so as to give more people an initial inoculation against the coronavirus.

Slack’s unwelcome start to 2021. The work messaging service went down for many of its 10 million daily users for several hours yesterday. The outage brought a renewed focus on Slack’s growing competition: Microsoft, for example, wants to make its Teams product as essential as a web browser.

More than 170 top corporate executives and major trade groups came out yesterday against efforts by Congressional Republicans and President Trump to challenge the planned certification of President-elect Joe Biden’s electoral victory tomorrow. It shows the controversy is as much a business issue as a political one.

A Who’s Who of corporate leaders signed a letter by the Partnership for New York City calling on Congress to certify the November election results, despite plans by some Republican senators and House members to object and trigger debates on the normally routine counting of electoral votes. Among them: Albert Bourla of Pfizer, Larry Fink of BlackRock, Oscar Munoz of United, Faiza Saeed of Cravath and David Solomon of Goldman Sachs. The Business Roundtable, which is led by Doug McMillon of Walmart, and the U.S. Chamber of Commerce also opposed the Republicans’ plans in public statements.

Business leaders are concerned about unrest and division, people involved in the efforts told DealBook. (They were particularly alarmed by President Trump’s attempt to pressure Georgia’s top elections official to overturn the state’s votes.) It’s not partisan: Signatories to the statements included both Democratic- and Republican-leaning executives. “Our duly elected leaders deserve the respect and bipartisan support of all Americans at a moment when we are dealing with the worst health and economic crises in modern history,” read the letter from the Partnership for New York City.

Not everyone endorsed the effort. Several board members of the partnership didn’t sign, including Jamie Dimon of JPMorgan Chase and Steve Schwarzman of Blackstone. Concerns among some of those who didn’t participate, we’ve heard, include offending clients and potentially some congressional Republicans.

Some of the executives who didn’t sign yesterday’s letters, like Mr. Dimon and Mr. Schwarzman, had already called on Mr. Trump to begin the transition to the Biden administration in earlier statements. And while Mr. Schwarzman didn’t sign the partnership’s letter, his heir apparent, Jon Gray, did.

The dismal number of I.P.O.s by companies founded by women

Of the more than 400 companies that went public in the U.S. last year, only five were founded and led by women, according to a new analysis by Business Insider with information provided by Nasdaq. In fact, only 20 companies founded and led by women have gone public on the N.Y.S.E. and Nasdaq in history, according to the report. One major factor in this disparity is the lack of venture funding for start-ups: In 2019, only around 14 percent of venture capital went to companies with a female co-founder, and just 3 percent to companies founded solely by women.

The creation of Haven, a health care joint venture between Amazon, Warren Buffett’s Berkshire Hathaway and JPMorgan Chase, sent shock waves through corporate America three years ago. But the business quietly announced its disbanding yesterday, dashing its promises of transforming U.S. health care, including by simplifying insurance coverage and cutting the costs of prescription drugs.

It was doomed by logistical hurdles, The Times’s Emily Flitter and Karen Weise write. Berkshire’s 63 companies use a variety of administrative systems, for example, while JPMorgan’s bespoke employee health care plan posed challenges for sharing approaches with the others. The wide geographic spread of the companies’ employees didn’t help, either.

What comes next: The three companies said they planned to continue sharing ideas and would find jobs for Haven’s 60 employees among themselves. “We’ll collaborate less formally going forward as we each work to design programs tailored to specific needs of our individual employee populations and local markets,” Jamie Dimon, JPMorgan’s C.E.O., wrote yesterday.

Investors had been blindsided by the N.Y.S.E.’s earlier plan, which was announced on Dec. 31 (when markets were closed). It would have delisted the three companies — which have traded on the Big Board for more than a decade — by Jan. 11 and forced U.S. investors to sell their holdings by November. It followed a federal order that blocked Americans from investing in companies with ties to the Chinese military.

The announcement had hit the companies’ Hong Kong-based shares, which are rallying today. While a delisting wouldn’t necessarily have hurt their ability to raise capital, it could have had broader implications for other Chinese businesses looking for funding abroad.

The N.Y.S.E. didn’t offer much explanation for the reversal, other than to say that it had consulted with the Treasury Department. Intriguingly, some traders see the prospect of a less overtly combative approach toward China by the Biden administration as a reason, according to The Financial Times.