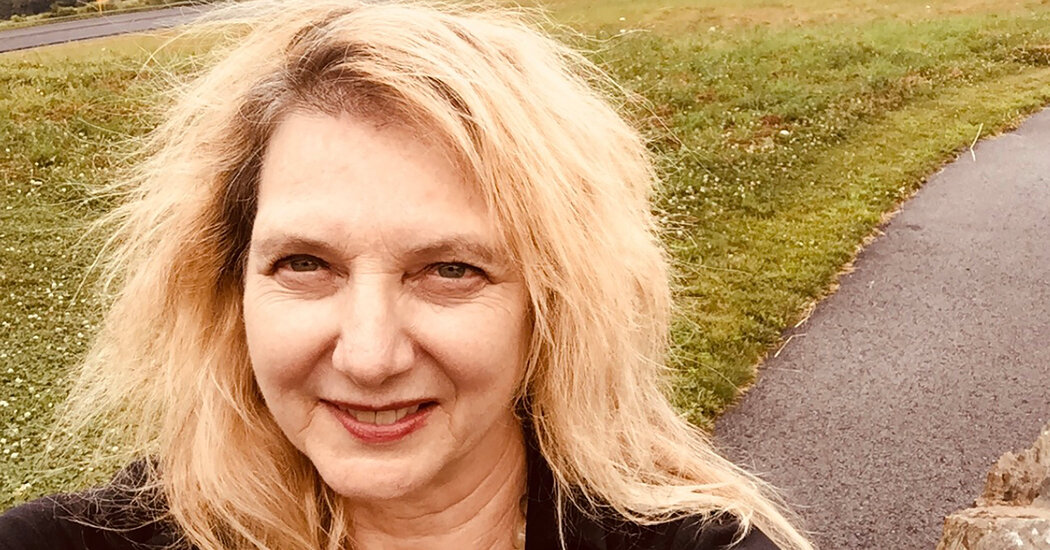 This obituary is part of a series about people who have died in the coronavirus pandemic. Read about others here.

That is because Ms. Michaels, with persistence, enthusiasm and many a solitary drive on the New York State Thruway, managed to place her stock in improbable places. That work paid off during the pandemic, when city dwellers poured into the Hudson Valley for short- or long-term escapes and sought to learn about their surroundings.

“I went from fretting over whether I should file for unemployment to having the busiest summer I’ve had in 30 years,” Ms. Michaels wrote for Hudson Valley Magazine in October.

She died at a hospital in Poughkeepsie, N.Y., on Dec. 15, two weeks before her 70th birthday. Her son, Erik Berlin, said the cause was Covid-19.

The pandemic was one of several upheavals in which Ms. Michaels proved herself resourceful.

After a protracted divorce that left her feeling financially depleted, Mr. Berlin said, Ms. Michaels moved from the house she’d lived in with her ex-husband and son, on a large property in Woodstock, N.Y., to an apartment in West Hurley, N.Y.

She managed to keep taking trips with her son by paying for them with the proceeds of assignments from travel magazines. And she used other mother-son jaunts as research for one of her Hudson Valley guidebooks, “Let’s Take the Kids” (1990).

“She got to spend time with me, her only child, and do her job at the same time,” Mr. Berlin said.

Her breakup also provided material. Ms. Michaels wrote “The Joy of Divorce,” a book of quotations, in 1995, the same year as her divorce. She made the subject a focus of “The Real Story,” a talk show she hosted on public access television.

Ms. Michaels had an abortion in the mid-1970s, and that became an impetus for reflection and action. Her refrigerator featured, alongside pictures of her son and grandchildren, a map of the states where abortion could become illegal with the overturning of Roe v. Wade. Through her one-woman publishing operation, JMB Publications, she re-issued in 2016 “Back Rooms: Voices From the Illegal Abortion Era,” which was originally published in 1988.

“She felt that the right to choose and have control over one’s body was essential to being a human,” said Nancy Michaels, Ms. Michaels’s sister.

Joanne Michaels was born on Dec. 30, 1950, in Manhattan. Her father, Lawrence William Michaels, worked as an accountant, and her mother, Renée (Pomerantz) Michaels, was a secretary. When Joanne was 6, her family moved from the Jackson Heights section of Queens to Shrub Oak, a town north of the city that lacked paved roads.

There, Joanne discovered a love of country winters, often skiing down a slope abutting their house. Even in her 60s, she did jumps on ice skates.

Ms. Michaels graduated with a degree in English from the University of Connecticut in 1972 and moved to New York City. She found a studio apartment in Greenwich Village which she later bought and then rented out.

“It was the best investment she ever made,” Mr. Berlin said. “It provided a stream of income to allow her to be a professional writer.”

She worked as an editor at publishing houses such as St. Martin’s Press and later became editor in chief of Hudson Valley Magazine. She moved to Woodstock in 1981 and married Stuart Ober. They divorced in 1995.

In addition to her son and sister, Ms. Michaels is survived by her mother and two grandchildren.

When Ms. Michaels began feeling severe symptoms of Covid-19, an ambulance took her to Northern Dutchess Hospital in Rhinebeck, N.Y. Its gift shop carried her guidebooks.