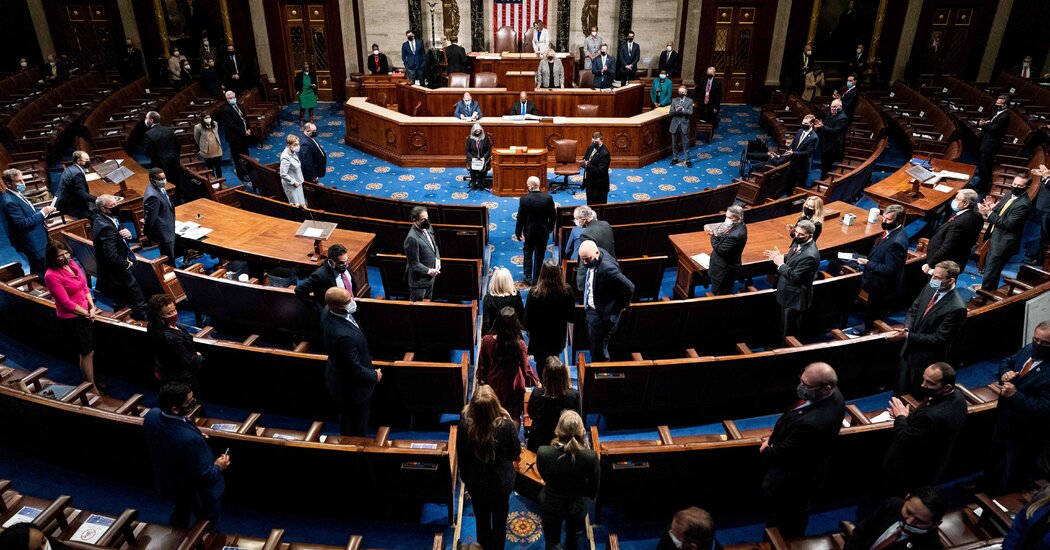 Even after a mob of Trump supporters swarmed and entered the Capitol on Wednesday, a handful of Republican senators and more than 100 Republican representatives stood by their decisions to vote against certifying the results of the presidential election.

At least four Republican senators who had pledged to back the effort to throw out the election results reversed course after Wednesday’s siege at the Capitol, saying the lawlessness and chaos had caused them to changed their minds.

Those included Senator Marsha Blackburn of Tennessee and Senator Kelly Loeffler of Georgia, who, after losing a special election on Tuesday, announced her reversal on the Senate floor late Wednesday. “The events that have transpired today have forced me to reconsider, and I cannot now, in good conscience, object,” she said.

Senator James Lankford, Republican of Oklahoma, changed his position late Wednesday, releasing a joint statement with Senator Steve Daines of Montana that called on “the entire Congress to come together and vote to certify the election results.”

Representative Cathy McMorris Rodgers of Washington also condemned the actions of the mob of Trump loyalists and said she would no longer vote against the vote certifications.

“Thugs assaulted Capitol Police officers, breached and defaced our Capitol building, put people’s lives in danger and disregarded the values we hold dear as Americans,” Ms. McMorris Rodgers said in a statement, which she released a day after declaring she would object to the vote counts. “To anyone involved, shame on you.”

Congressmen including Representative Lance Gooden, Republican of Texas, said the violence did not change his mind.

“While I’m disgusted with what I saw today, mob riots don’t suddenly make this election secure. YES, of course, I’m still objecting,” he said in a tweet.

Ms. Hyde-Smith of Mississippi said that she voted against the certification of the election because the people she represent do not believe the presidential election was constitutional. “I cannot in good conscience support certification,” she said in a statement on Wednesday.