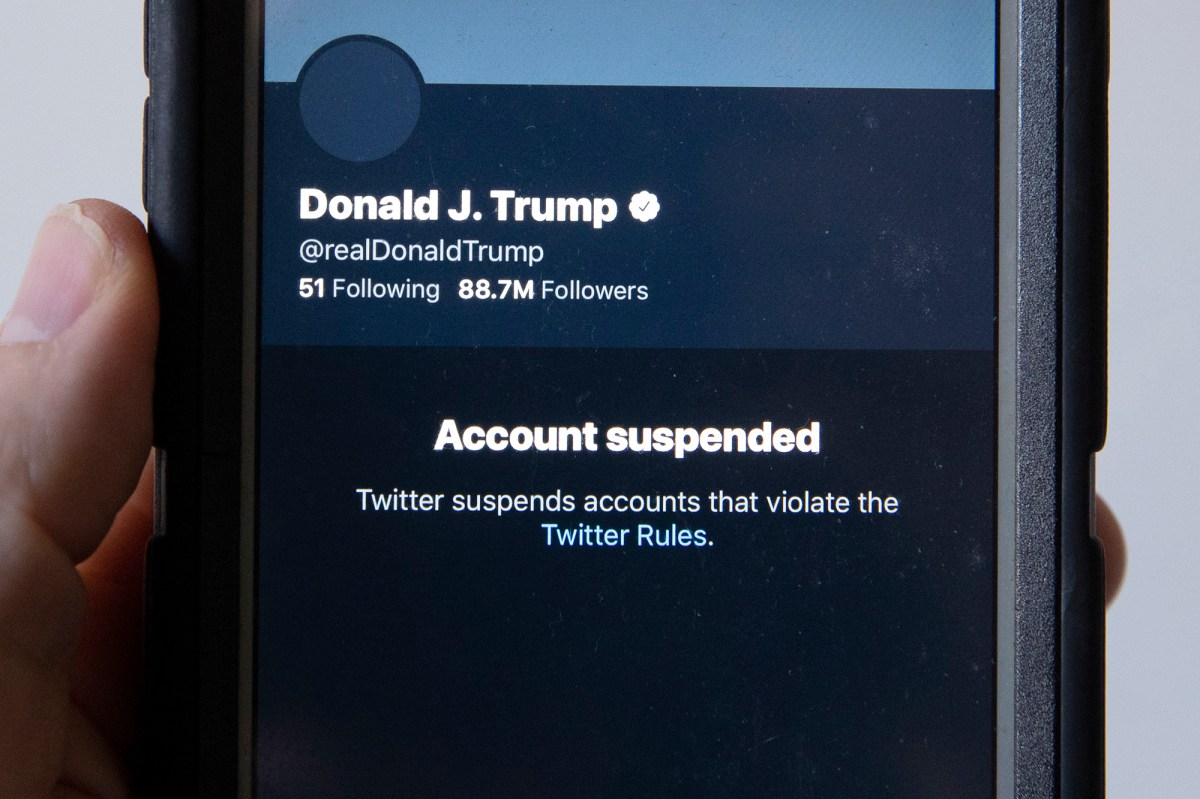 Shares in the San Francisco-based company tumbled 7.5 percent to $47.60 as of 8:07 a.m. in the first premarket trading session after it booted Trump from the platform on Friday, saying his account posed a “risk of further incitement of violence” after his supporters stormed the US Capitol on Wednesday.

Twitter’s move against the outgoing president — whose account had more than 88 million followers — was the first permanent suspension for a head of state, and it’s likely to spark furious debate about the role tech companies play in regulating speech.

It may also hurt Twitter’s user base as Trump supporters and right-wing activists pledge to boycott the company’s blockbuster decision.

“Trump has a very high and loyal following and a lot of those eyeballs will go away if Trump is permanently restricted from posting,” Andrea Cicione, head of strategy at TS Lombard, told Reuters.

In a statement explaining its decision, Twitter said there were plans in the works on Twitter and elsewhere for more armed protests, “including a proposed secondary attack on the US Capitol and state capitol buildings on January 17, 2021.”

The use of social media to organize such violent uprisings could lead Twitter and other firms to ramp up their content moderation efforts — which could come with increased costs.

“Incremental moderation may be welcome but it’s not cheap and could benefit Facebook that already [employs] a moderation army [around six times] larger than Twitter’s workforce,” Bernstein analysts wrote in a research note.

Moreover, Democratic lawmakers poised to take control of Congress this month are looking to crack down on Twitter and other social-media giants over their roles in the deadly Capitol riots, according to reports.