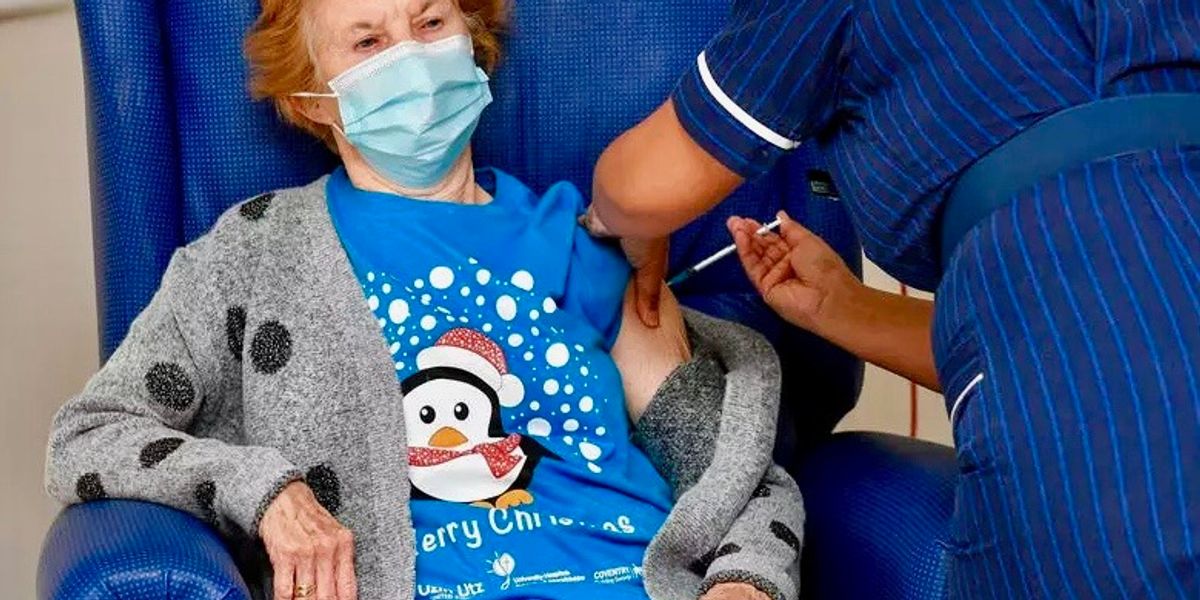 The European Union started the approval process for its third vaccine on Tuesday after WHO scientists warned that herd immunity from coronavirus was unlikely this year even with mass inoculation schemes.

The 27-nation EU — under fire for lengthy approval processes and slow national rollouts of drugs — promised an “accelerated timeline” after confirming drug company AstraZeneca had applied for approval for the jab it developed with Oxford University.

The EU’s medicines agency said a decision would still not come before January 29, even though the drug is already being used in countries including Britain.

And even with mass vaccinations, World Health Organization scientists warned that coverage would still not be wide enough for population-level immunity this year.

“We are not going to achieve any levels of population immunity or herd immunity in 2021,” said WHO’s chief scientist Soumya Swaminathan of a disease that has already infected more than 90 million people worldwide and killed almost two million.

Malaysia declared a state of emergency on Tuesday as fears grow that its health system is close to being overwhelmed, after China and Japan took measures against localized clusters.

China added a city of five million to a growing lockdown area near Beijing on Tuesday, as WHO experts arrive in the central city of Wuhan to probe the origins of the disease.

With recriminations already flying over America’s longer-term handling of the virus, lawmakers voiced fury on Tuesday over the actions of some of their peers during last week’s ructions in Washington DC.

Congress members were forced to hunker down in secure rooms as supporters of President Donald Trump marauded through the corridors of the Capitol building, and some have now tested positive for coronavirus and squarely blamed their colleagues.

“Many Republicans still refused to take the bare minimum COVID-19 precaution and simply wear a damn mask in a crowded room during a pandemic — creating a superspreader event on top of a domestic terrorist attack,” said Democratic Congresswoman Pramila Jayapal, who has since tested positive.

US President-elect Joe Biden, who has pledged to devote all available resources to fight the pandemic, received his second vaccine dose on Monday of the Pfizer-BioNTech jab — the first to be approved in Western countries.

German firm BioNTech said it could produce millions more doses than originally expected this year, but warned that Covid-19 was likely become an endemic disease and vaccines would be needed to fight new variants.

The sporting world provided some respite from the continuing cycle of glum news, with England beginning a cricket Test match in Sri Lanka on Thursday, 10 months after a tour was called off.

It was bitter-sweet for one England fan, who has been waiting in Sri Lanka for 10 months for the match to start, only to miss out on the live action because it will be played behind closed doors.

“I’ve been in Sri Lanka the whole time on blind faith, on a wing and a prayer,” Rob Lewis, who has been working remotely as a web designer and DJ-ing at a local bar in Colombo, told AFP.

But elsewhere in the sporting world, shredded schedules and crisis meetings were still the order of the day.

Tokyo Olympics organizers were forced to dismiss speculation that this summer’s event was about to be cancelled, as polls showed public support declining.

“I want to say that we are not thinking that way at all, and that these reports are wrong,” said Tokyo 2020 CEO Toshiro Muto.

Formula One announced a major reshuffle of next season’s races on Tuesday, shifting the season-opening Australia Grand Prix from March to November and postponing the China race indefinitely.

As sports organizers plan their medium-term future, environmentalists are raising the alarm over the pandemic’s longer term impacts.

Discarded face masks — littering waterways and beaches the world over — can take hundreds of years to decompose and wreck animal habitats, campaigners warn.

“But when we throw them away, these items can harm the environment and the animals who share our planet.”