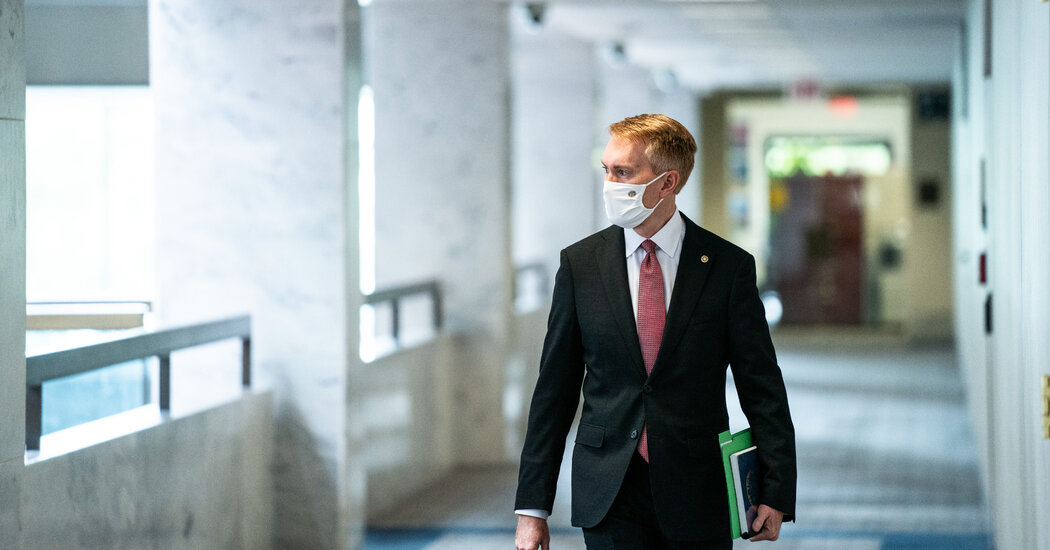 Senator James Lankford, an Oklahoma Republican who spent weeks trying to reverse the results of the presidential election before changing his mind at the last moment, apologized on Thursday to Black constituents who felt he had attacked their right to vote.

In a letter addressed to his “friends” in North Tulsa, which has many Black residents, Mr. Lankford, who is white, wrote on Thursday that his efforts to challenge the election result had “caused a firestorm of suspicion among many of my friends, particularly in Black communities around the state.”

“After decades of fighting for voting rights, many Black friends in Oklahoma saw this as a direct attack on their right to vote, for their vote to matter, and even a belief that their votes made an election in our country illegitimate,” he wrote, according to the news site Tulsa World.

Mr. Lankford said in the letter that he had never intended to “diminish the voice of any Black American.” Still, he added, “I should have recognized how what I said and what I did could be interpreted by many of you.”

Mr. Lankford, who sits on a key Senate oversight committee, was initially one of the Republicans who tried to upend Joseph R. Biden Jr.’s victory, even as courts threw out baseless questions raised by President Trump and his allies about election malfeasance.

Democrats in Congress have viewed Mr. Lankford as a rare, cooperative partner on voting rights, and his decision to join those Republicans seeking to disenfranchise tens of millions of voters — many of them Black citizens living in Philadelphia, Detroit, Milwaukee and Atlanta — came as a surprise.

The first indication he might do so came during his appearance in December at a Senate hearing about alleged voting “irregularities,” when he repeated unsupported Trump campaign allegations about voting in Nevada that had been debunked in court nearly two weeks earlier.

Mr. Lankford and other Republicans had claimed that by challenging the election results, they were exercising their independence and acting in the interests of constituents who were demanding answers.

“There are lots of folks in my state that still want those answers to come out,” Mr. Lankford said a few days before the Electoral College vote was certified.

After the riot at the Capitol, Mr. Lankford was one of several Republican senators who abandoned their earlier challenge, saying the lawlessness and chaos had caused them to changed their minds.

In a joint statement that night with Senator Steve Daines, Republican of Montana, Mr. Lankford called on “the entire Congress to come together and vote to certify the election results.”

Mr. Lankford has faced calls from Black leaders to resign from the 1921 Tulsa Race Massacre Centennial Commission, which is designed to commemorate the racist massacre in the city’s Greenwood district, an affluent Black community known as Black Wall Street. The massacre, which took place 100 years ago this spring, was one of the worst instances of racist violence in American history. A white mob destroyed the neighborhood and its Black-owned businesses, and up to 300 residents were killed.