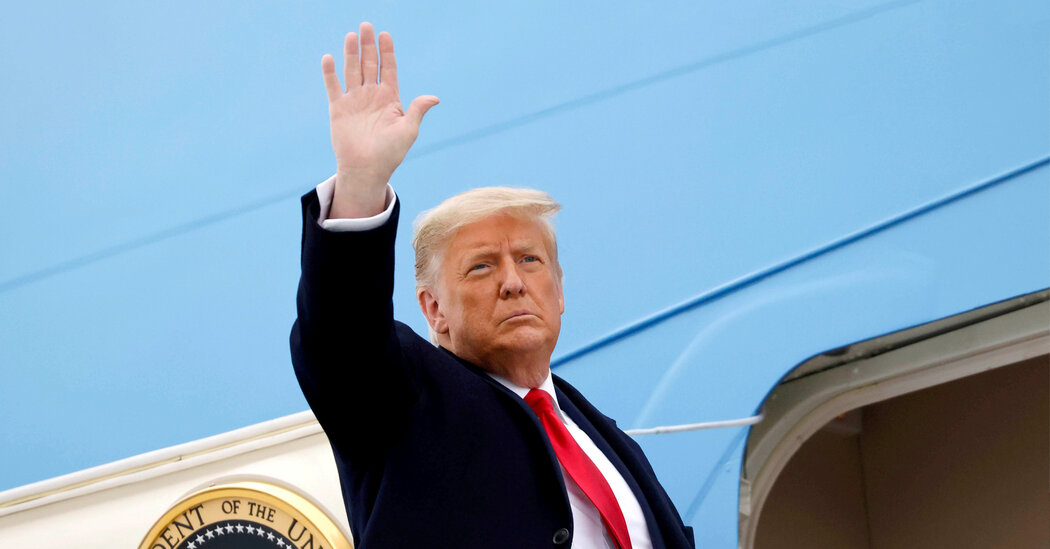 But Mr. Trump will be hard-pressed to evade the considerable financial challenges facing his resorts and hotels, difficulties exacerbated by a pandemic that devastated the hospitality industry and unlikely to be helped by his fallen personal brand. Adding to his economic stress is the more than $300 million in debt coming due in the next few years that he has personally guaranteed.

His favorite sport has also stepped away, with the P.G.A. Tournament relocating from Mr. Trump’s New Jersey golf club to protect its “brand and reputation,” as P.G.A. of America’s chief executive, Seth Waugh, put it. Mr. Trump was “gutted” by the decision, according to a person close to the White House, as he had worked personally for years to push the tournament executives to hold events at his courses.

Even if Mr. Trump wants to adopt a lower-profile — a decision that’s hard to imagine the media-loving president making — it will be difficult for him to avoid politics.

In the coming weeks, Mr. Trump faces a Senate impeachment trial and the likelihood of continued Democratic-led investigations into his business dealings, presidential decisions and the inner workings of his government. A vocal wing of the party is pushing for prosecutions and a raft of legal challenges against Mr. Trump, his family and his allies.

Though he won more voters than any other Republican presidential candidate in history and maintains the support of a vast majority of G.O.P. voters, a small but growing segment of his party believes the president has become too toxic even for those who elected him.

“I do not think a party centered on President Trump is viable,” said David Asp, a former member of the Republican National Committee from Minnesota. “The party should move away from Trump as quickly as possible, drop the conspiracy theorists and advance a vision for the party focused on the national interest.”

Perhaps the closest historical analogy to the kind of post-presidency that lies ahead for Mr. Trump is that of President Richard Nixon, who left Washington in disgrace to avoid being impeached for his role in the Watergate break-in. (Mr. Trump, for his part, does not care for the comparison, exploding at aides who bring up the ex-president’s name, according to CNN.)