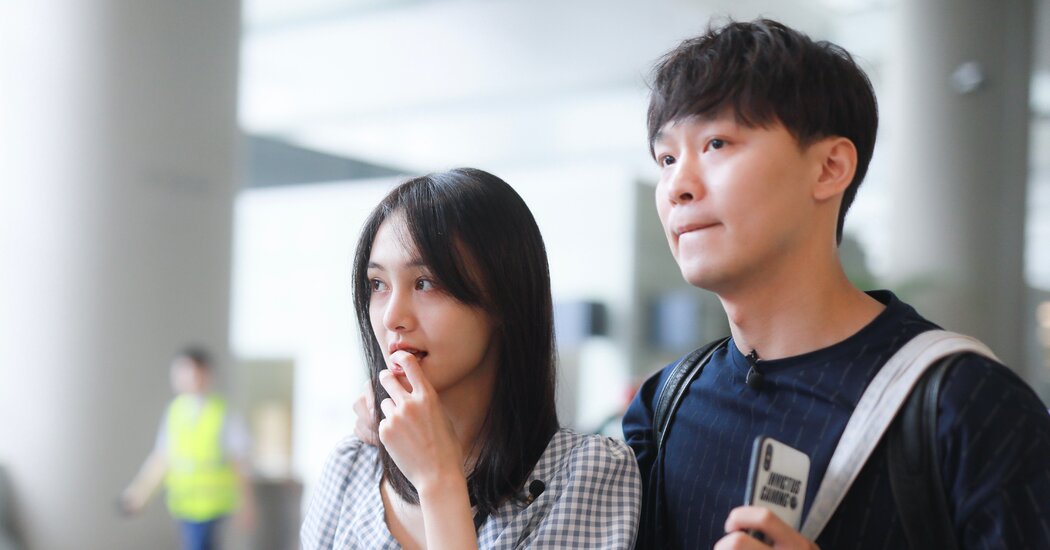 The scandal already seemed tailor-made for celebrity websites and online gossips: A glamorous Chinese actress stood accused by her estranged partner of abandoning two surrogate babies they had decided to have together, stranding him in the United States to take care of them.

When his allegations hit the Chinese internet on Monday, the outrage couldn’t be confined to the gossip pages. The accusations against the actress, Zheng Shuang, have dominated conversation online and drawn a fiery response from the public, from the state-run news media and even from a powerful Communist Party legal group on the subject of reproduction. China’s limits on people seeking surrogate mothers should be tightened, officials have argued.

Beyond the salacious details of the celebrity breakup, the scandal surrounding Ms. Zheng touches on sensitive topics for a country that has a troubled history with women’s reproductive rights and that remains largely wedded to traditional notions of family.

In particular, it has laid bare an undeniable fact: Surrogate births have become a popular option for Chinese people with the will and the means to travel abroad to find birth mothers outside the country.

China bans medical providers from offering surrogate services but doesn’t bar people from using them, said Yu Yuanjian, a lawyer who specializes in civil and commercial legal disputes at Joint-Win Partners in Shanghai.

Limits on reproductive techniques in general have met with growing skepticism from those who point to China’s historically low birthrate and from women’s rights activists who condemn government laws that control their bodies.

Many of those looking for surrogate mothers are couples who have lost a child or have fertility problems, said Kelvin Ma, a partner with Shanghai Demei Law Firm. He said he had worked with clients to review surrogacy contracts with overseas agencies.

“The clients I have come into contact with are actually quite innocent,” said Mr. Ma, adding, “They want a child very much, and they can afford it.”

Attorneys for Ms. Zheng and her former partner, a television producer named Zhang Heng, did not respond to requests for comment. It wasn’t clear why they were using surrogates.

The scandal came to light through recordings of Ms. Zheng’s conversations that were posted online, then widely reported on in the Chinese news media. Ms. Zheng’s father, Zheng Chenghua, said on his verified account on Weibo, the popular Chinese social media platform, that the recordings were only snippets and lacked context. He did not respond to a request for comment.

At one point in the recording, in a moment that has drawn particular anger in China, Ms. Zheng seems to express frustration that the pregnancies were several months along and couldn’t be ended.

Mr. Zheng said online that Mr. Zhang was trying to force his daughter into a settlement to resolve a $3 million legal judgment she had won against him for a loan she said he hadn’t paid back. Mr. Zhang is appealing that decision in a Shanghai court.

On her official social media account, Ms. Zheng, 29 — who just a few years ago topped the list of China’s most popular actresses — said her fight with Mr. Zhang, 30, was “a very sad and private matter for me.”

She has found little sympathy. The luxury fashion brand Prada said it had canceled her contract as a brand ambassador, as did a cosmetics company and a watchmaker. China’s top industry award committee stripped Ms. Zheng of her 2016 title as “Best Actress in Modern Chinese TV Dramas” and 2014 title as a “Top Ten Favorite TV Star.”

On Tuesday, China Central Television, the main state broadcaster, issued its own condemnation of surrogacy on Weibo. “Its disregard for life is heinous,” it said.

Without mentioning Ms. Zheng’s name, the broadcaster said surrogacy could lead to wanton discarding of a fetus, for example if the couple wanted a boy instead of a girl. In the 1990s, China made it illegal to identify the sex of a fetus in an effort to prevent gender-based abortions, which have led to millions more men than women because of a traditional preference for boys.

Other official media called for an outright ban on surrogate pregnancies. A media outlet tied to the All-China Women’s Federation, a state-sponsored group that often toes the party’s line, posted a video about why the practice cannot be legalized. Critics argued that surrogacy allows the wealthy to exploit disadvantaged women who have few other options to make money.

But the scandal comes at a time when some people in China are rethinking those notions. China’s declining birthrate has prompted some women’s rights activists, academics and others to question the country’s restrictions on reproductive techniques like surrogate births and egg freezing. Women’s groups also cite the horrors of the former one-child policy, which led to forced abortions and government intrusion into women’s reproductive choices to control the population, which is the world’s biggest at 1.4 billion people.

Surrogacy has grown more popular in recent years as changing social norms, relaxation of the one-child policy and rising infertility have prompted wealthy single women, same-sex couples and others to travel overseas for reproductive assistance.

According to The Initium, a digital media company based in Hong Kong, around 1,000 Chinese babies are born through in vitro fertilization every year in the United States, where the laws on surrogacy vary by state. The practice has become so popular that China’s biggest online booking company, Ctrip.com, offers some managers subsidies so they can freeze their eggs.

In one of the recordings, Ms. Zheng tells her parents and Mr. Zhang’s that if she and Mr. Zhang ever get back together, they can still have children using her frozen, fertilized eggs.

Amid the rising public anger toward Ms. Zheng, women’s rights groups have expressed frustration that Mr. Zhang is receiving less criticism. Women are often blamed for reproductive decisions made with their partners, said Feng Yuan, a women’s rights activist and co-founder of a women’s rights nonprofit group in Beijing, leading to tighter restrictions on the services women use.

“The main topic of the debate is about surrogacy, but Zheng Shuang seems to be the only target, and netizens avoid Zhang Heng,” Ms. Feng said, using a term for internet users in China.