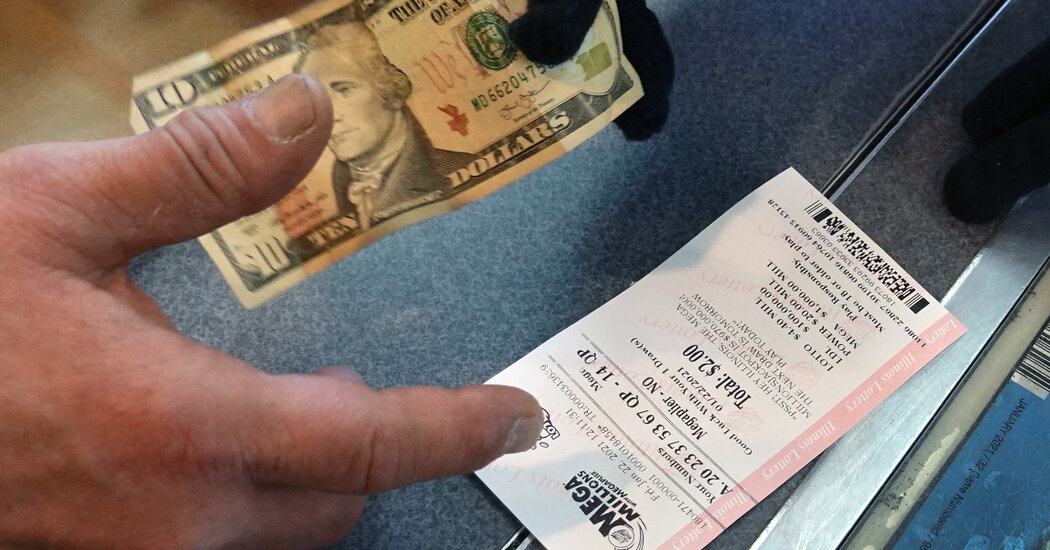 The winning ticket for a $1 billion jackpot, the third-biggest lottery prize in U.S. history, was sold at a Michigan grocery store, according to state lottery officials.

The winning numbers, which were drawn on Friday night, were picked by a customer at a Kroger grocery store in Novi, a city of about 60,000 people that is 30 miles northwest of Detroit.

State lottery officials said the identity of the winner will not be known until the person contacts them.

The winner can choose to collect the prize through an initial payment and then annual payments for 29 years, or receive a one-time cash payment of about $739 million. In that case, the winner would get about $530 million, after taxes, state lottery officials said.

The numbers were picked two days after the numbers were selected for a winning ticket in a $731 million Powerball jackpot, which was sold in Lonaconing, Md., a down-on-its-luck former mining town in the virus-battered northwestern corner of the state. The winning ticket was sold at Coney Market, a convenience store that sells subs and pizza in Lonaconing, a town of about 1,200 in Allegany County, which has the most Covid-19 cases per capita in the state. About a quarter of the population of Lonaconing lives below the poverty line, according to census data.

A spokeswoman for Kroger congratulated the winner in Michigan and the mayor of Novi, Bob Gatt, said the news came a month after the city was named “the second-most innovative city in the country” by Entrepreneur magazine.

He described Novi as a rapidly growing city that had once been a rural outpost of Detroit but was now a hub of car manufacturing that was attracting tech companies like Google.

Mr. Gatt said he was “ecstatic” for the winner. “I’d be better if I had the winning ticket,” he said.

The jackpot was the second-largest prize in the history of Mega Millions.

In 2018, a person who chose to remain anonymous won $1.537 billion in South Carolina. That prize remains the world’s largest lottery prize ever awarded on a single ticket, according to Mega Millions.

The biggest lottery prize ever awarded in the United States was a $1.586 billion Powerball jackpot in 2016, according to The Associated Press. It was divided among three ticket winners in California, Florida and Tennessee.

A lingering mythology holds that the winners of big jackpots become cursed after their strokes of good fortune. There are numerous accounts of winners who, unequipped to manage their newfound wealth, go on to struggle with drugs or alcohol, ruined relationships and insolvency.

While one influential study in 1978 found that lottery winners were not any happier than their neighbors or more optimistic about the future, other studies have countered the notion of the so-called lottery curse.

The studies suggest that the winners’ general psychological well-being bounces back over time.

In 2018, a New Hampshire woman filed a lawsuit to keep her name from being released to the public after she won $560 million in the Powerball lottery.

Lawyers for the woman, who called herself Jane Doe in the lawsuit, said she wished to use a portion of her winnings for charity “far from the glare and misfortune that has often fallen upon other lottery ‘winners.’”

A judge allowed her to remain anonymous.