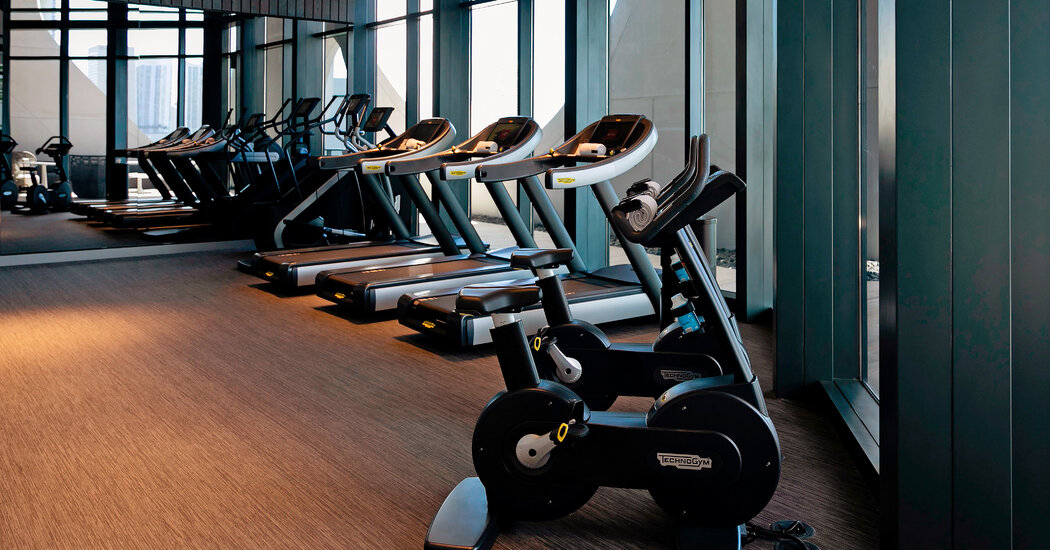 “The world is on fire,” said Asia Wong, a clinical social worker and director of counseling and health services at Loyola University in New Orleans. “Why are you trying to lose 20 pounds?”

Last year, Rebecca Fletcher, a teacher in Wirral, England, said she went the entire month of January without drinking alcohol.

After indulging in prosecco over the holidays, she decided to try to repeat that success.

Ms. Fletcher, 49, said she gave up after two weeks.

“I’m sorry, Dry January. It’s just not working out,” she said on Twitter, posting a photo of a glass of pinot grigio. “It’s not you. It’s me.”

Ms. Fletcher said her attempt at a month of sobriety was thwarted by the spike in Covid-19 cases that spurred the government to order a full lockdown and created confusion in schools, where teachers and students have been in constant limbo about when they might return to the classroom. And the political instability in the United States has not helped, she said.

“It just feels like everywhere you turn, it’s stressful,” Ms. Fletcher said. “Not to mention that of course it’s England, and it’s rained solid for three days.”

You should not be too hard on yourself, the experts say.

“This is an unprecedented time,” she said. “We all need to allow ourselves a little grace.”

And while pledges to stay sober for a month can be a good way for a person to assess why they drink and what they like or dislike about consuming alcohol, there are drawbacks to cutting out alcohol completely for a set period.

That approach “could set some people up for drinking more heavily once they start drinking again,” Dr. Wakeman said. “For example, someone might feel reassured that they were able to stop drinking and therefore feel less need to be mindful of drinking the rest of the year.”

No, it’s not pointless to make resolutions

Nathian Shae Rodriguez, a journalism and media studies professor at San Diego State University, made two promises to himself in December: say “no” more often and answer emails more quickly.

“I’m a first-generation Mexican-American, queer-of-color professor and that in and of itself comes with a lot of invisible labor that people don’t recognize,” he said.

Students seek him out for advice and faculty members often ask him to speak on gay and immigrant rights at lectures or ask him to join committees, Professor Rodriguez said.

The vows he made for 2021 felt like a simple and necessary gift of time to himself.

“For the first couple of days I was on a roll,” said Professor Rodriguez, 39. He politely declined various requests to sit on committees and write recommendation letters from students he did not know well.

Then came Jan. 6, and the siege of the Capitol. Students were frightened and confused and sought him out on social media, where he is active. Professor Rodriguez said gay students from conservative families felt especially unmoored.

“They needed reassurance that things were going to be OK,” he said. Saying no felt impossible.

An effective way to keep a resolution is to remember that you have 11 more months to meet your goals, Ms. Wong, the social worker, said.

Then, she added, “commit to that as a yearlong plan.”

Face it: January is a bad month to change habits

Humans are hard-wired to cope with stress through escape and then reward, said Judy Grisel, a professor of psychology at Bucknell University and a behavioral neuroscientist.

Ideally, that escape should come through movement, like going for a run or a walk.

But often, especially in the dead of January in the Northern Hemisphere, when the days are still short and even warmer regions are cold and dreary, escape means having a drink, sitting in front of the television, or picking up a smartphone and scrolling mindlessly through social media.

People believe they can will themselves out of bad habits when what they need to do is move, she said.

Movement, she said, “is an unexploited resource.”

Dr. Grisel described a friend who quit smoking by running around the block every time he longed for a cigarette. It is harder to follow that advice when it’s freezing outside, she acknowledged.

“I think that’s part of the January problem,” Dr. Grisel said. “It’s so dark and cold that we don’t want to move. This is a really hard time, probably the hardest time to change.”

The movement we pick, then, can be very small: strumming a guitar or calling a friend, she said.

“My favorite thing is to pick up trash,” Dr. Grisel said. “I just would grab a plastic bag and go to the side of some road and pick up trash. What’s helpful is that I’m moving and I can see the change on the street.”

And we have some good news. The days are already getting longer for this half of the globe, the sun is setting later and a geologist found a rock formation that looks like Cookie Monster. Things are looking up.