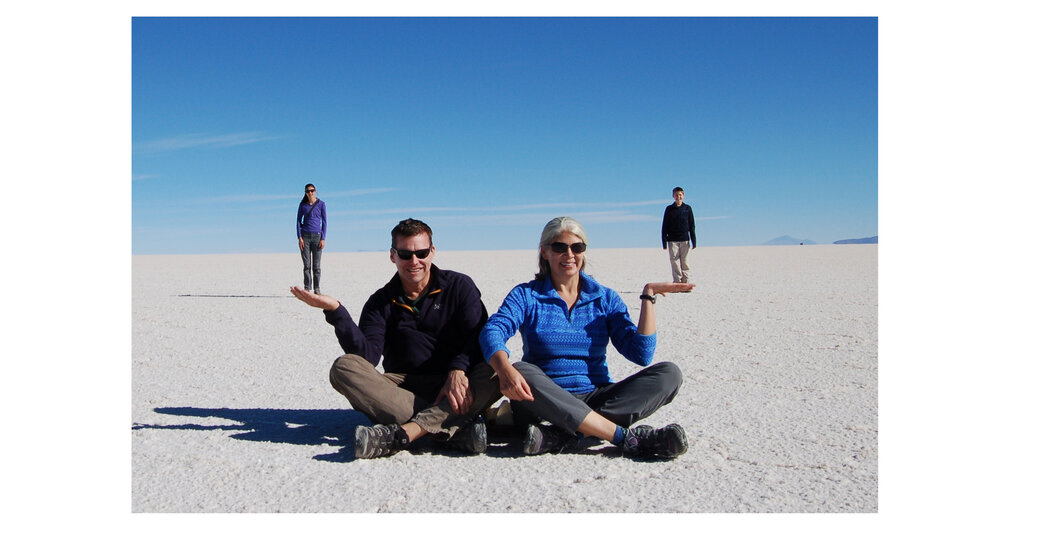 WE CAME, WE SAW, WE LEFT
A Family Gap Year
By Charles Wheelan

I go through phases: Sometimes I feel as if I’m doing OK as a parent, other times I feel like a henchwoman in one long, slow sociocultural crime. When my 15-year-old son screams for help from his counterterrorism team while shooting his way around the world in Rainbow Six Siege, I consider turning myself in to the authorities.

In the fall of 2016, faced with related, albeit more charitable feelings about raising his teenagers, Charles Wheelan chose another tack, and the result is his new travel memoir, “We Came, We Saw, We Left.”

“Team Wheelan” comprises Wheelan’s wife, Leah, and their three teenage children: Katrina (18), Sophie (16) and CJ (13). Inspired by a backpacking trip he took with Leah in the late ’80s, Wheelan rekindles a longtime wish to reprise this journey with kids in tow. He notes that “experiences, rather than things, are what make us happy in the long run,” because they become an “ingrained part of our identity.” Wheelan argues for the feasibility of such an adventure, which clearly requires a measure of entitlement, though not necessarily wealth. (What it really requires is a woman like Leah, a trained computer scientist turned educator who loves maps, spreadsheets and planning.)

Together, they plan a nine-month trip around the world, a time span that tellingly mimics the length of a human pregnancy. The Wheelans start in Colombia, eating their way through street food in Cartagena, then proceed to the Peruvian Amazon for a hilarious misadventure at an “adventure lodge.” From there, everywhere: New Zealand, India, Vietnam, Zanzibar. How do they get around? Buses, buses and more buses (and some planes). They all get carsick; most of them throw up. The stars of this show are undoubtedly the kids: precocious Katrina, on her way to Williams College, contrarian Sophie, who hands her parents a manifesto in the Quito airport declaring a speech and hunger strike, and quirky CJ, a “raging extrovert” who talks so much at school he is apparently placed facing a wall and talks to it.