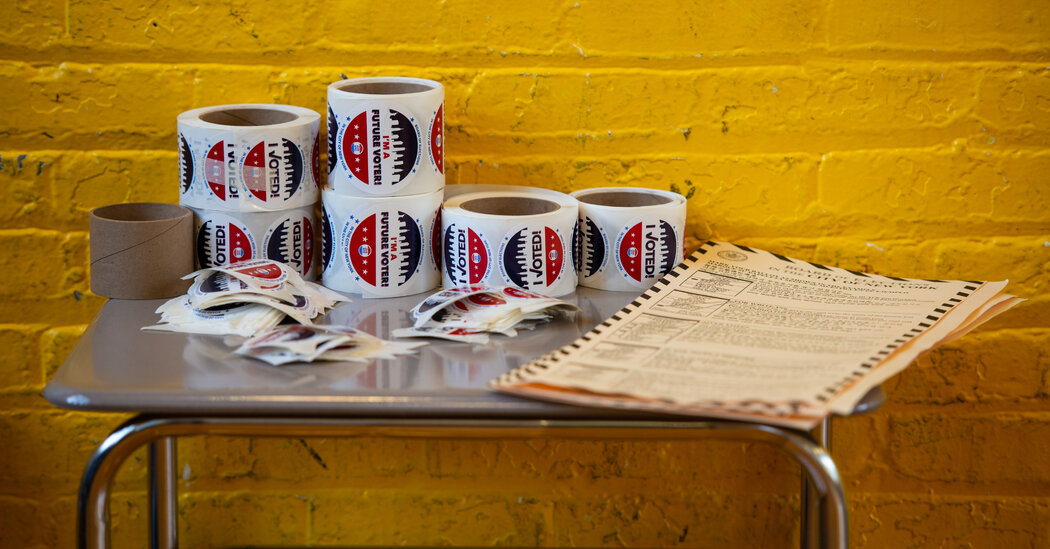 A man who was known as a far-right Twitter troll was arrested on Wednesday and charged with spreading disinformation online that tricked Democratic voters in 2016 into trying to cast their ballots by phone instead of going to the polls.

Federal prosecutors accused Douglass Mackey, 31, of coordinating with co-conspirators to spread memes on Twitter falsely claiming that Hillary Clinton’s supporters could vote by sending a text message to a specific phone number.

As a result of that campaign, prosecutors said, at least 4,900 unique phone numbers texted the number in a futile effort to cast votes for Mrs. Clinton.

Mrs. Clinton was not named in the complaint, but a person briefed on the investigation confirmed that she was the presidential candidate described in the charging documents.

“With Mackey’s arrest, we serve notice that those who would subvert the democratic process in this manner cannot rely on the cloak of internet anonymity to evade responsibility for their crimes,” said Seth DuCharme, the acting United States attorney in Brooklyn.

In 2018, Mr. Mackey was revealed to be the operator of a Twitter account using the pseudonym Ricky Vaughn, which boosted former President Donald J. Trump while spreading anti-Semitic and white nationalist propaganda.

Mr. Mackey’s account had such a large following that it made the M.I.T. Media Lab’s list of the top 150 influencers in the 2016 election, ranking ahead of the Twitter accounts for NBC News, Drudge Report and CBS News.

Twitter shut down the account in 2016, one month before the election, for violating the company’s rules by “participating in targeted abuse.” At that time, the account had about 58,000 followers.

Mr. Mackey faces an unusual charge: conspiracy to violate rights, which makes it illegal for people to conspire to “oppress” or “intimidate” anyone from exercising a constitutional right, such as voting.

The charge carries a maximum sentence of 10 years in prison.