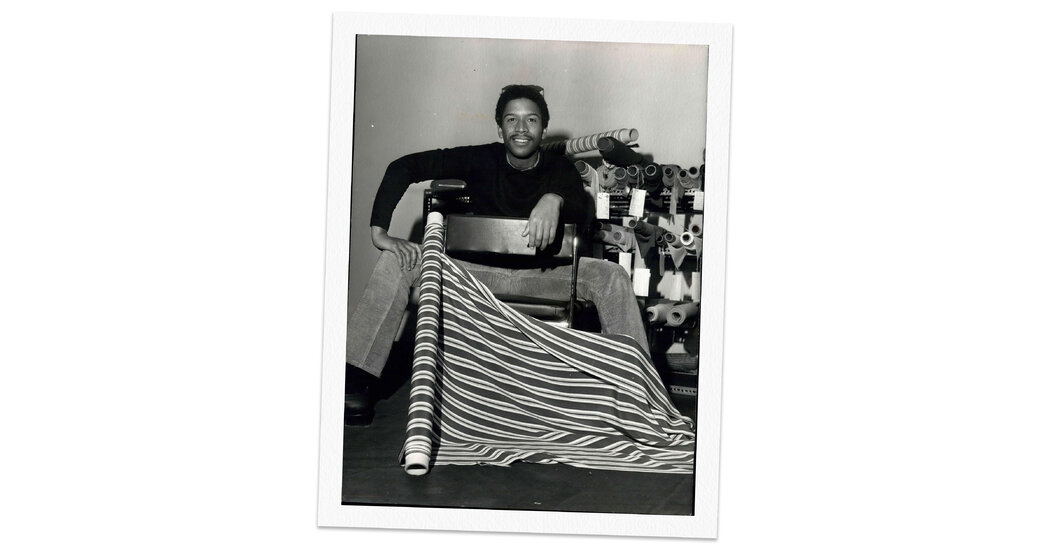 “No one knew that his real name was Eugene,” Hardy added.

Eugene Jackson was born on Aug. 30, 1941. His father, Sidney Jackson, worked for the Long Island Railroad as a track driver, and his mother, Ethel Rena-Jackson, was a housekeeper. The household was traditional and strict, though Eugene was more outspoken than his three older siblings, a trait he retained throughout his life.

“He was a little different than the rest of us in that he talked back and he voiced his opinion,” his sister Arlene Patterson said in a phone interview.

As a teenager, Jaxon moved in with a family that lived nearby, helping with child care while attending high school. The family frequently made clothing at home, using fabric and patterns from bustling Jamaica Avenue. Jaxon enthusiastically joined in, said Rachel Fenderson, who has curated several exhibitions about Jaxon and is writing a book about him.

Jaxon earned a bachelor’s degree from Hunter College in Manhattan in the early 1960s. He attended the New York University School of Law for about a year with the intention of becoming a lawyer but decided that he was more interested in clothing and enrolled in a costume design course at the Fashion Institute of Technology, also in Manhattan. Before long, with money he saved by working as a bank teller, he enrolled full time.

There he met kindred spirits like the designer Stephen Burrows, a fellow student. In an interview, Burrows said that Jaxon “knew more about fashion than almost anyone I knew at the time,” from years of reading fashion magazines. He was also well-versed in Manhattan’s high-end clothing stores.

During that period, Jaxon dated his first boyfriend, the hairdresser Kenneth Battelle, who chose to be known by his first name only. Battelle’s affluent clientele included philanthropists like Bunny Mellon; some of his ritzy patrons became Jaxon’s early customers.