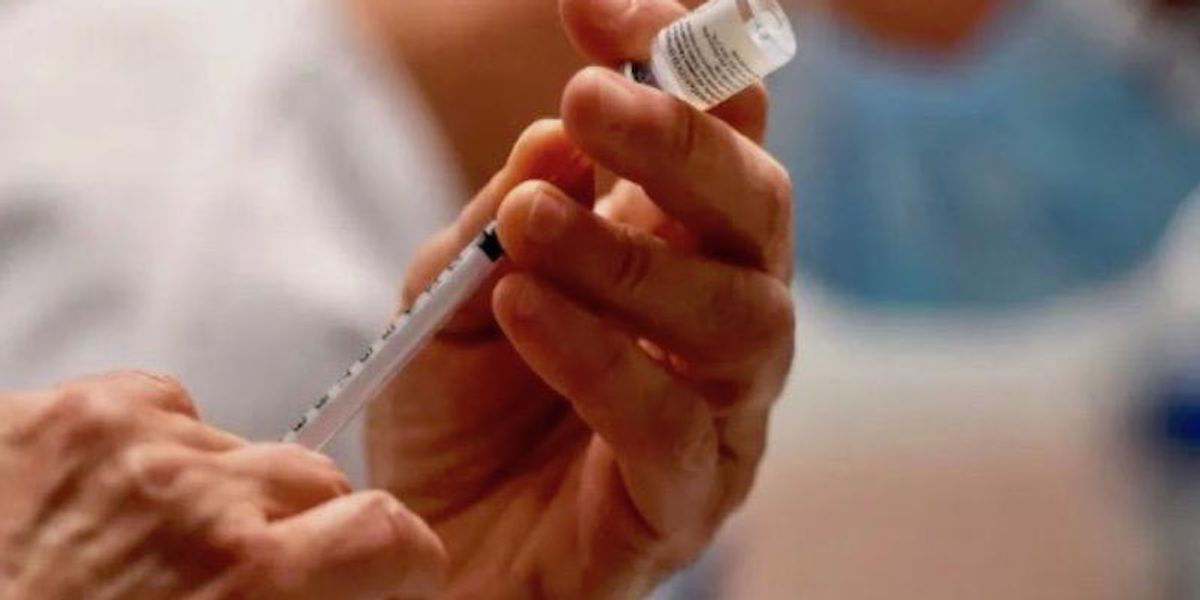 The international spread of more infectious coronavirus strains has made inoculating a maximum number of people as quickly as possible more urgent than ever, experts say.

Vaccines are already being rolled out across 73 countries or territories, with more than 86.5 million doses administered so far, including 26 million in the United States and 22.7 million in China according to an AFP tally Thursday.

But with concerns mounting that new strains could evade immunity protection from either prior infection or immunization, the global vaccine drive needs to be fast and flexible if it is going to stay one step ahead of the virus.

Developing a vaccine in normal times can take a decade, but the pandemic has dramatically accelerated research, manufacture and approval, helped by the huge sums of money invested in the process.

As a result drugmakers worldwide have defied predictions by finalizing several vaccines within a year of the virus emerging.

On Friday, The European Medicines Agency (EMA) approved, for all adults, the vaccine developed by Oxford University and the biotech firm AstraZeneca.

The EMA had already given the green light to jabs from Pfizer/BioNTech — which has been distributed in the European Union since late December — and Moderna.

Britain, which began its rollout in early December with the Pfizer/BioNTech jab, is also now administering the AstraZeneca/Oxford two-dose vaccine.

The United States has been immunizing with Pfizer/BioNTech and Moderna vaccines since December.

In Russia, inoculations with its own Sputnik V vaccine started even before the completion of last-stage Phase 3 trials.

Companies in China — where the pandemic began more than a year ago — have also seen their vaccines administered months before trials had finished. Sinopharm and Sinovac are among the most advanced.

Israel is leading the immunization drive and about a third of its population has already received at least one dose.

Concerns have been deepening over rich nations hogging vaccine supplies. The World Health Organization said Thursday that Africa can expect to see 30 percent of its population immunized by the end of this year.

India — home to the world’s largest vaccine manufacturer, the Serum Institute — has embarked on a form of vaccine diplomacy, gifting millions of doses to its neighbors.

The Pfizer/BioNTech and Moderna vaccines are so-called messenger RNA (mRNA) vaccines, based on a new technology previously untested in a real-world situation.

They use an inert snippet of genetic code from the coronavirus to trigger an immune response in the body that can repel the active virus.

These both reported efficacy rates above 90 percent, but they are expensive and must be stored and transported at ultra-cold temperatures — minus 20 degrees Celsius for Moderna, and minus 70C for Pfizer.

Many of the other vaccines are variants of the method used for flu jabs, based on a virus that has been killed and rendered harmless.

Of these the Oxford/AstraZeneca jab reported 90 percent efficacy for a subset of people who got a half-dose followed by a full dose, and a lower success rate of about 60 percent when two full jabs were given.

At three euros (four dollars) a dose it is cheaper than others, and the only vaccine made on a not-for-profit basis, putting it more easily in reach for developing and poor nations. It can also be stored in a normal refrigerator at about 4C.

The Russian vaccine was also claimed to be more than 90-percent effective, but the underlying data has yet to be published.

US biotech firm Novavax said Thursday that its two-jab vaccine — based on technology that injects key virus proteins directly into the body to evoke an immune response — showed an overall efficacy of nearly 90 percent in a preliminary analysis of its Phase 3 trials in Britain.

The major question now is how these vaccines will keep up with a virus that is changing as it spreads across the planet.

These all have mutations to the virus’ spike protein, which enables it to latch onto human cells and drive infections.

British authorities say the strain circulating there — and now in dozens of other countries — is more contagious and potentially also more deadly.

But one mutation in particular — known as E484K and found in the South Africa and Brazil strains but not the one in Britain — has experts particularly worried about immunity “escape”.

Pfizer/BioNTech this week said early tests suggest their vaccine retains its effectiveness against mutations in both the strains found in Britain and South Africa, though it said there was slightly reduced against the latter.

The two companies have stressed their technology means the vaccine can be updated within weeks to adapt to emerging strains if necessary.

But other recent results have been less reassuring.

Johnson & Johnson said that while its vaccine efficacy was 72 percent in the United States, that figure dropped to 57 percent in South Africa, where the new strain is dominant.

It reported a more significant drop against the variant in South Africa in a smaller, mid-stage trial conducted there.

Overall efficacy was 49.4 percent in this trial, but the figure rose to 60 percent among the 94 percent of trial participants who were HIV-negative.

Amesh Adalja, a doctor and senior scholar at the Johns Hopkins Center for Health Security, told AFP it was important to keep the decreased efficacy in perspective.

“Sixty percent against the variant is still pretty good,” he said.

Several countries have decided to postpone the second dose of vaccine, to provide a first dose to more people before moving on to the second.

But the vaccines from Pfizer/BioNTech, AstraZeneca/Oxford and Moderna were designed to administer doses three or four weeks apart.

Experts differ on whether it is best to respect these two-dose protocols tested in the clinical trials, or to postpone the second jab so more people can get the first one quickly.

The WHO has said while it recommends sticking to the tested dosing intervals for Pfizer/BioNTech and Moderna vaccines, the second jab can be delayed up to 42 days “in exceptional circumstances”.

Experts say the objective must be to vaccinate as many people worldwide as possible to pass the “herd immunity” threshold that will see the virus retreat for lack of hosts to infect.

Most scientists put that threshold at around 70 percent.

If one assumes — as do many epidemiologists — that there are about 10 times as many infections as confirmed cases, that would mean less than one billion people have got the virus so far.

It is still unclear whether the vaccines being snapped up around the world only protect against symptoms, or could act to reduce transmission as well.

Until that is known, even people who have received a jab should continue to take measures to prevent the virus from spreading.

“Recipients of the vaccine will still have to follow distancing, hand-washing and other non-medical interventions to protect themselves and those around them,” said Stephen Evans, a professor at the London School of Hygiene & Tropical Medicine.

“No vaccine is 100-percent effective and behaving as if it were will serve to prolong the pandemic.”