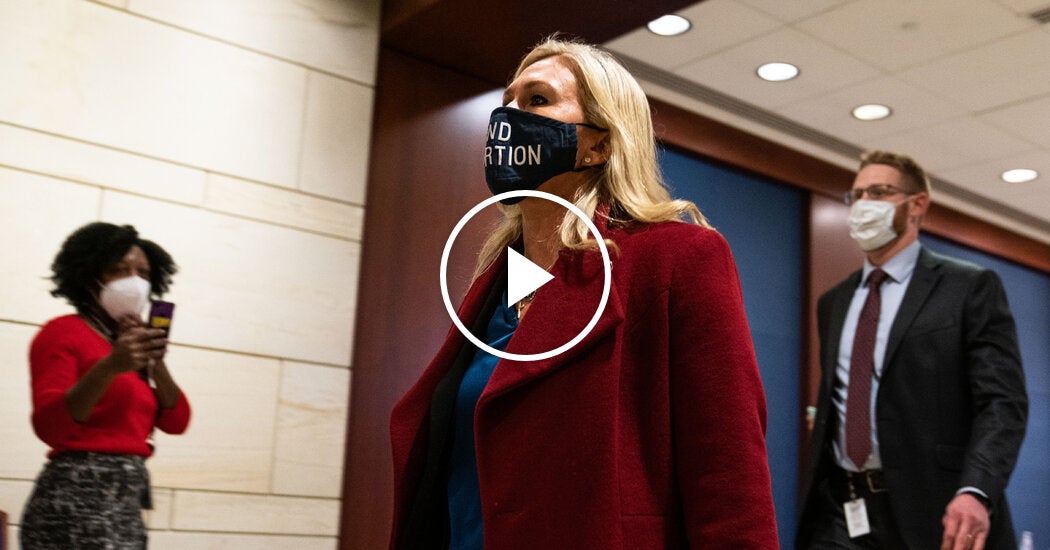 “I did not hear an apology or a denouncement for the claim, the insinuation that political opponents should be violently dealt with. I didn’t hear anybody apologize or retract the anti-Semitic and Islamophobic remarks that have been made, that have been posted over and over and over again. And again, the gentlewoman’s campaign has profited off of these hurtful remarks and these dangerous statements.” “The past remarks or emojis that you bring up of our colleague do not represent the values of our conference, nor of my home state of Georgia. I expressed this in her primary, and I continue to express that today. But if this was about the remarks our colleagues made, you would put a resolution on the floor condemning those remarks. But no matter what those remarks are or how bad they are, she and every other member of this body should be entitled to due process.” “I never once said during my entire campaign, QAnon. I never once said any of the things that I am being accused of today. During my campaign, I never said any of these things since I have been elected for Congress. These were words of the past, and these things do not represent me. They do not represent my district, and they do not represent my values. Here’s the problem: Throughout 2018, because I was upset about things and didn’t trust the government really because the people here weren’t doing the things that I thought they should be doing for us, the things that I just told you I cared about. And I want you to know a lot of Americans don’t trust our government, and that’s sad. The problem with that is, though, is I was allowed to believe things that weren’t true. And I would ask questions, questions about them and talk about them. And that is absolutely what I regret because if it weren’t for the Facebook post and comments that I liked in 2018, I wouldn’t be standing here today. And you couldn’t point a finger, and accuse me of anything wrong.”