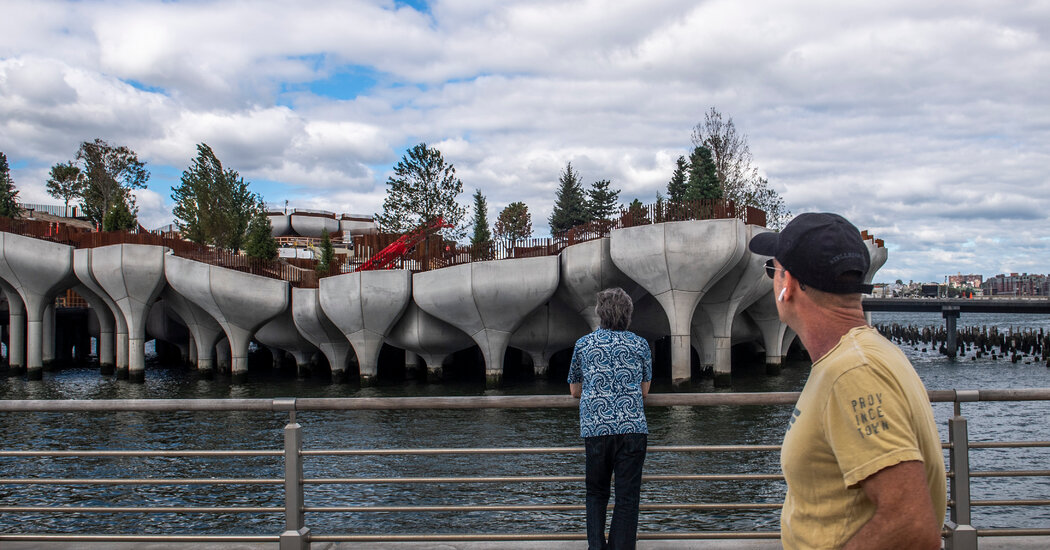 Gov. Andrew M. Cuomo of New York, who has made it clear that he sees the return of art and culture as key components of the economic revival of the state, announced Monday that a series of more than 300 free pop-up performances, “NY PopsUp,” would begin Feb. 20 and run through Labor Day.

Since the state does not wish to draw large crowds in the pandemic, many of the events will not be announced in advance.

The events, the state said, will take place in parks, museums and parking lots, as well as on subway platforms and in transit stations. People can follow a new Twitter and Instagram account, @NYPopsUp, for details about upcoming performances. Many will be shown online.

The series will be spearheaded by the producers Scott Rudin and Jane Rosenthal, along with the New York State Council on the Arts and Empire State Development. It is part of an arts revival plan that the governor had announced during an address in January, when he had said the state would organize the pop-up performances beginning Feb. 4.

The series will begin Feb. 20 at the Javits Center in New York City with a free performance for health care workers that will feature Jon Batiste, Anthony Roth Costanzo, Cecile McLorin Salvant and Ayodele Casel. The performers will travel across the city to all five boroughs, performing in parks and street corners, as well as at the footsteps of Elmhurst Hospital and St. Barnabas Hospital.

Mr. Cuomo said some of the events would use flexible venues that do not have fixed seats, and could therefore be reconfigured to allow for social distancing, including the Shed, the Apollo Theater, Harlem Stage, La MaMa and the Glimmerglass Festival’s Alice Busch Opera Theater.

In June, the opening of Little Island, the parklike pier being built downtown in the Hudson River by Barry Diller, and the Tribeca Film Festival, celebrating its 20th anniversary, will add to the expanding arts programming in the city.

Little Island plans to hold its own festival from Aug. 11 to Sept. 5, which will coincide with the final weeks of “NY PopsUp” programming.

Mr. de Blasio announced on Monday that the city would launch a new program to help some of the city’s cultural institutions apply for federal grants. The city’s effort, called “Curtains Up NYC,” will offer webinars and counseling to businesses and nonprofits that are connected in some way to live performances.

“We have to make sure that New York City cultural institutions get the help that they need,” Mr. de Blasio said at a news conference.

Asked whether any Broadway theaters could be allowed to reopen as his arts revival plans continue, Mr. Cuomo expressed hope.

“I think that is where we are headed, right?” he said. “The overall effort is headed towards reopening with testing.”

He announced last week that the state planned to issue guidance to begin allowing wedding ceremonies for up to 150 guests if attendees were tested beforehand.

Commercial producers have repeatedly said that economics of Broadway preclude reopening at less than full capacity.

New York reported at least 177 new coronavirus deaths and 9,923 new cases on Sunday. While the number of new cases has fallen from a post-holiday high last month, the average number of new daily cases and deaths is still far above where it was last summer and fall.

Mr. Cuomo said that government had to take an active role to help the city and the state recover from the economic pain wrought by the pandemic. “It’s not going to be a situation where the economy is just going to come back,” he said. “We have to make it come back.”

“New York leads,” he added. “And we’re going to lead in bringing back the arts.”