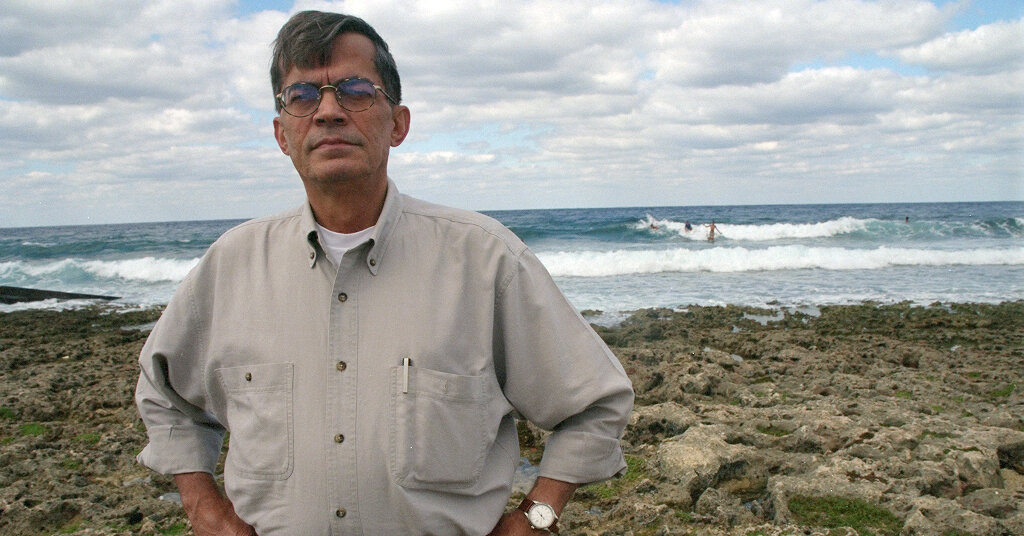 Albor Ruiz, a prominent Cuban-born journalist whose columns for The Daily News, El Diario and Al Dia News advocated for Latino immigrants and demanded that the United States lift its longstanding trade embargo against his homeland, died on Jan. 8 in Homestead, Fla. He was 80.

His sister Enid Ruiz said the cause was pneumonia.

Mr. Ruiz reached his largest readership at The Daily News in New York, where for 23 years he was an editorial writer; the editor of its short-lived bilingual spinoff, El Daily News; and a columnist who wrote with passion about immigration, politics, education, housing, art, literature and racism.

Focusing largely on the borough of Queens and its enormous range of nationalities, Mr. Ruiz wrote often about Latinos. But he also described people of other backgrounds, like the four Polish immigrants who died in a fire in an illegal apartment in the Maspeth area of the borough — which reminded him of living illegally with seven friends in a small apartment in Miami after his escape from Cuba in 1961 — and “people with accents who are speaking loudly these days,” like Pauline Chu, a Chinese-American woman who ran unsuccessfully for a City Council seat in 1997.

People with “myriad accents,” he added, were “adding music to the sounds of New York.”

Sandra Levinson, the executive director of the Center for Cuban Studies in New York, said that Mr. Ruiz “cared about being an immigrant and identified with every one.”

Mr. Ruiz’s passion and concern for Cuba remained a foundation of his work. He wrote in 2009 with guarded optimism when President Barack Obama allowed Cuban-Americans to visit there as often as they liked. But he criticized President Obama and Presidents Bill Clinton and George W. Bush for not ending the embargo imposed by President John F. Kennedy in 1962.

Mr. Ruiz returned to his homeland several times. In 2000, he covered the intense battle between Cuba and the United States over custody of Elián González, who had fled Cuba as a 5-year-old boy in late November 1999 with his mother, who drowned on the way to Florida. Over the next seven months, Elián became the focus of dramatic standoffs between the two countries’ governments and his relatives in Cuba and Miami.

Soon after Elián’s return to Cuba in the summer of 2000, Mr. Ruiz described his personal connection to the boy, whose move back to Cuba he had championed. They were born in the same coastal city, Cardenas, and attended the same school.

“For the journalist always trying to keep his distance from his subjects and to report as objectively as humanly possible,” he wrote from Cardenas, “there are nevertheless stories that forcefully play his emotional strings, at times making wonderfully happy music, at times terribly sad melodies. For me, the Elián González saga is one of those stories.”

Albor Ruiz was born on Nov. 27, 1940, in Cardenas. His father, Ricardo, ran a grocery store, and his mother, Micaela (Salazar) Ruiz, worked there.

At first, Albor was happy with Fidel Castro’s revolution. But his political view changed in 1961 when his father was sentenced to five years in prison on baseless charges. Albor’s subsequent anti-Castro activities — which, he said, caused him to be sentenced to death in absentia — led him and two friends to flee from Havana in a 14-foot boat in November 1961, a 12-hour trip.

About a year later, Mr. Ruiz’s two sisters and two brothers joined him at a rented house in Miami. “He met us at the airport and had bought us everything we needed,” Enid Ruiz said in a phone interview. “Even at 20 or 21, he was so responsible.”

Their parents joined them in Miami after their father’s prison sentence ended.

Mr. Ruiz graduated from the University of Florida with a bachelor’s degree in political science in 1969 and earned a master’s in philosophy from the school a year later.

Over the next decade or so, he taught English as a second language in Manhattan, philosophy in Puerto Rico and Spanish at Lehman College in the Bronx. He was also an executive of a bookstore and publishing house that specialized in Latin American books.

And he was part of a Miami-based group of Cuban exiles, the Committee of 75, that helped negotiate and process the release of 3,000 political prisoners from Cuba in 1978.

“It was very exciting,” Maite Junco, who was the metropolitan editor of El Daily News, said by phone. “This big paper in New York was launching this paper. It was very big for the Latino journalism community. ”

But low circulation and distribution problems caused the paper to shut down after five months.

After it closed, Mr. Ruiz told The New York Times, “We feel — and I’m talking for the editorial staff —- that we did our job, and I think in that sense we have no regrets.”

Over his time at The Daily News, Mr. Ruiz developed a reputation as a newsroom mentor.

“Albor was always there believing in me, telling me I was a great reporter, often when I needed to hear it most,” Ralph Ortega, a former Daily News reporter, said by phone.

Mr. Ruiz remained on The News’s staff until 2013, when he was laid off, but continued as a freelance columnist until 2016, when he was let go. He then began writing columns for Al Dia News, a weekly magazine, and continued until November.

He was inducted into the National Association of Hispanic Journalists Hall of Fame in 2003.

In addition to his sister Enid, Mr. Ruiz is survived by another sister, Lidice Lima, and his brothers, Ricardo and Elián.

Mr. Ruiz was also a poet. His first collection, “Por Si Muero Mañana” (“In Case I Die Tomorrow”), was published in 2019. In the title poem, he reflected on his love for Cuba — where his ashes will be scattered — and concluded:

As translated, it reads:

Back to the soil, Cuban land
I am a foreigner and she calls me.
Everyone knows that Cuba claims me.
In case I die tomorrow.