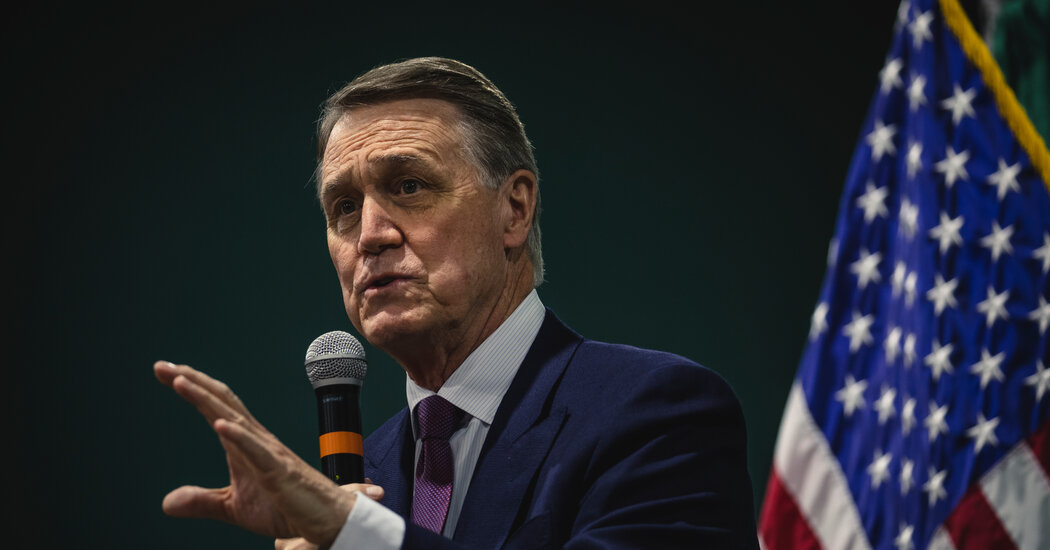 David Perdue, the one-term U.S. senator from Georgia who lost a runoff election last month against Senator Jon Ossoff, filed paperwork on Monday night indicating that he plans a comeback effort — this time against Georgia’s other new senator, Raphael Warnock.

Mr. Perdue, a former businessman who first ran for office as an outsider, and later became one of former President Donald Trump’s closest allies in the Senate, filed documents with the Federal Election Commission to establish a “Perdue for Senate” campaign committee.

The move, first reported by Fox News, was viewed as a first step in the Republican Party’s effort to try to reclaim one of the Senate seats lost in Georgia’s historic runoff elections on Jan. 5.

Mr. Warnock and Mr. Ossoff prevailed in those runoffs — not only the first time a Democrat had won a Georgia Senate seat since 2000, but also a victory that handed Democrats control of the Senate. The two parties have 50 seats each in the chamber, with Vice President Kamala Harris casting the tiebreaking vote.

Mr. Perdue’s loss to Mr. Ossoff followed a bitter campaign and that ended with Mr. Perdue forced off the trail following a coronavirus exposure. An election eve appearance in the state by Mr. Trump failed to ignite sufficient Republican turnout, leaving questions about whether it was depressed by Mr. Trump’s repeated allegations of fraud in the election there.

Mr. Ossoff received 50.6 percent of the vote to 49.4 percent for Mr. Perdue, who waited two days to concede, prompting speculation that he might contest the outcome.

Mr. Warnock prevailed over Senator Kelly Loeffler in their runoff, 51 percent to 49 percent. The two were running in a special election to fill a six-year term; the winner of the 2022 Senate race will serve a full term.

Georgia was already set to be one of the major focal points of the 2022 elections, with a hotly contested race for governor that could feature a rematch between the Republican incumbent, Brian Kemp, and his 2018 Democratic opponent, Stacey Abrams. Ms. Abrams narrowly lost that race, but went on to lead a voting rights organization that was crucial to registering and mobilizing Democrats who helped turn Georgia blue for President Biden and Mr. Warnock and Mr. Ossoff. Ms. Abrams has not announced whether she will run for governor again.

Mr. Trump has already strongly indicated that he plans to get involved in the Georgia elections in 2022: He has been sharply critical of Mr. Kemp, as well as of the state’s secretary of state and lieutenant governor, for not supporting his false claims of election fraud in Georgia, and wants them to lose if they run for re-election.

Given Mr. Perdue’s ties with Mr. Trump, it is possible that the former president may be a presence campaigning for Mr. Perdue and against Mr. Kemp next year.