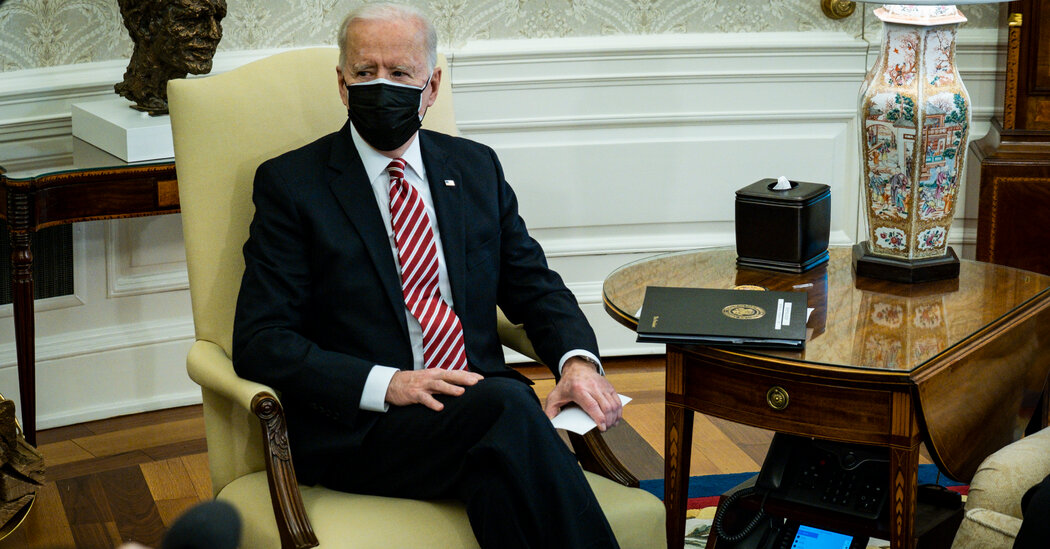 President Biden and Prime Minister Benjamin Netanyahu of Israel had an hourlong phone conversation on Wednesday, four weeks after Mr. Biden took office and at a time of clear disagreement over the new administration’s effort to re-enter the nuclear deal with Iran.

Both countries issued official descriptions of the call that described it in the vaguest terms and gave no details of the conversation, especially on Iran. The White House statement said simply that “together, the leaders discussed the importance of continued close consultation on regional security issues, including Iran.”

That statement was notable because Israeli officials still often express resentment that President Barack Obama kept them in the dark about early approaches to Iran in the run-up to the negotiations that ultimately resulted in the 2015 accord.

The two negotiators who conducted that secret diplomacy were Jake Sullivan, who is now Mr. Biden’s national security adviser, and William J. Burns, his nominee for C.I.A. director. Mr. Netanyahu actively lobbied against the accord in Congress and urged President Donald J. Trump to abandon it, which he did in 2018.

Mr. Biden told reporters that the call with Mr. Netanyahu was a “good conversation” but offered no details. Israeli officials had been concerned that it was so delayed, and that it occurred only after Mr. Biden had spoken with leaders of other allies, but also with adversaries like President Xi Jinping of China. American officials said there was no significance in the delay, but officials were clearly trying to settle on an Iran negotiation strategy before engaging Mr. Netanyahu.

The prime minister’s office described the conversation in personal terms, saying in a statement that “the two leaders noted their personal ties of many years and said they will work together to continue bolstering the strong alliance between Israel and the U.S.”

The White House description, in contrast, mentioned the strength of the alliance but said nothing about the relationship between Mr. Biden and Mr. Netanyahu, part of an effort by the new administration to depersonalize interactions between the two countries.

“The president affirmed his personal history of steadfast commitment to Israel’s security and conveyed his intent to strengthen all aspects of the U.S.-Israel partnership, including our strong defense cooperation,” the White House statement said. It reaffirmed Mr. Biden’s decision to build on the Abraham Accords, the regional agreements Israel reached with the United Arab Emirates and Bahrain — two key Arab allies of the United States — at the end of the Trump administration.

The conversation with the two leaders took place before Mr. Biden’s secretary of state, Antony J. Blinken, is scheduled to speak this week with Britain, Germany and France, the European nations that participated in the Iran negotiations. But administration officials do not appear to be in a rush to engage directly with the Iranians or to feel compelled by deadlines being set in Tehran.

The Iranian government told the International Atomic Energy Agency on Tuesday that starting next week Tehran would no longer be bound by the “additional protocol,” an accord with United Nations inspectors that allows scrutiny of undeclared nuclear facilities. Allowing those deeper, spot inspections was a key requirement in the Iran nuclear agreement.

In an interview on NPR on Tuesday, Mr. Blinken made clear that even if the United States was able to re-enter the deal, it would have to be the first step in a broader, longer-lasting agreement, not just a replica of what the Obama administration agreed to nearly six years ago

“Time has passed,” Mr. Blinken said. “And so if we’re to get back into the deal, if Iran returns to compliance and we do the same, we need to work on an agreement that’s longer and stronger than the original one.”