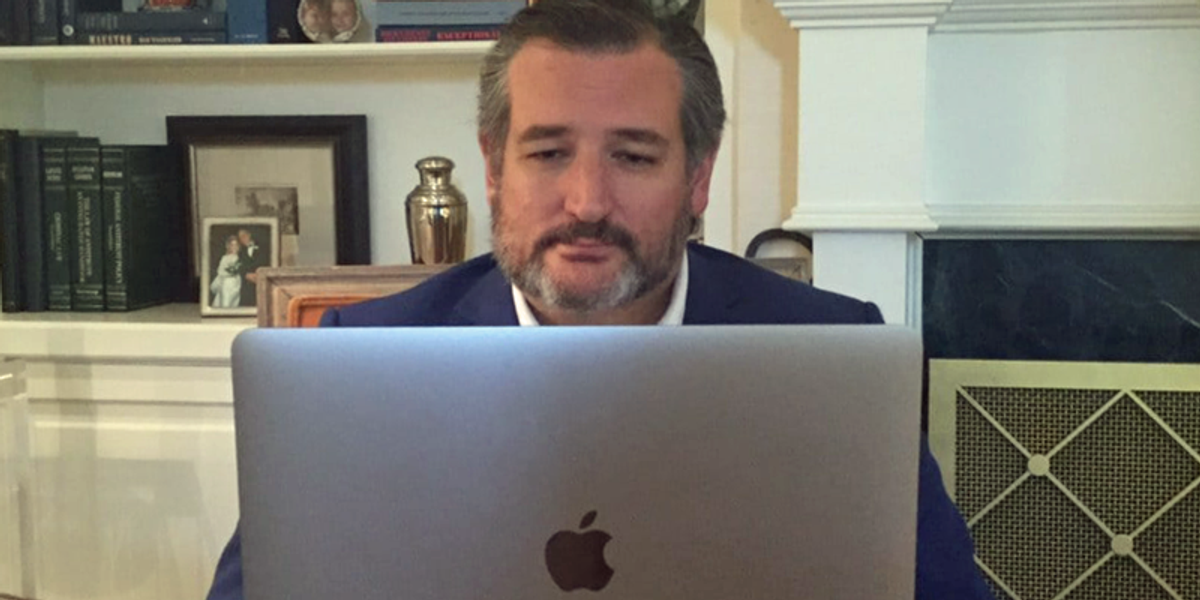 <p>”No. I’ll give you a word that you probably hear a lot … It’s chutzpah,” said Bash. “Look, he did end the press conference that you played earlier. He said he made a mistake. It took him a long time to get to that place. And you said that you suspect that the reason he sat down in his seat and started to think that maybe this is a bad idea is because people were taking his picture. I mean, you know, he’s a very well-known figure. First of all, look at him. He’s wearing the flag of Texas on his mask. So it’s not like he’s trying to go incognito.”</p><p>”One of the things I was told today, Erin, is that some of his own senior staffers didn’t know he was going to take this trip,” said Bash. “And, therefore, there wasn’t time to or there wasn’t a preparation in place to at least try to explain it, which is part of the reason why it was so clumsy and muddied and just almost laughable, the variations of the attempted explanation. Because there wasn’t really one. The one, the explanation is he had the ability and the wherewithal, you know, to get out of Houston, to get out of Texas, to take his family somewhere warm, which is fine unless you are the United States senator representing Texas and it is the biggest disaster in the state’s history.”</p><p> Watch below:
</p><iframe allow=”accelerometer; autoplay; clipboard-write; encrypted-media; gyroscope; picture-in-picture” allowfullscreen=”” frameborder=”0″ height=”360″ src=”https://www.youtube.com/embed/UjbU0-iSrsc” width=”640″></iframe>