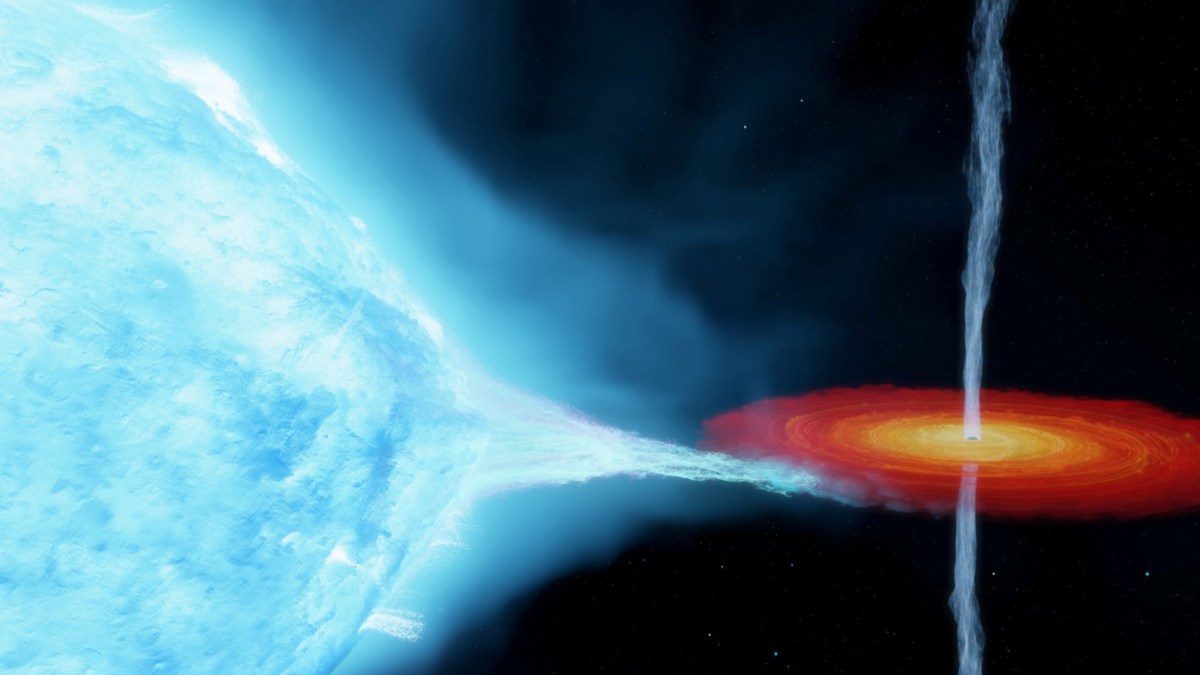 WASHINGTON – A fresh examination has revealed new details about the first black hole ever detected – which was spotted in 1964 and became the subject of a friendly wager between renowned scientists – including that it is bigger than previously known.

Researchers said on Thursday that new observations of the Cygnus X-1 black hole, orbiting in a stellar marriage with a large and luminous star, showed it is 21 times our sun’s mass, about 50 percent more massive than previously believed.

While it is still one of the closest-known black holes, they found it is somewhat farther away than previously calculated, at 7,200 light years – the distance light travels in a year, 5.9 trillion miles (9.5 trillion km) – from Earth.

Black holes are extremely dense, with gravitational pulls so ferocious not even light escapes. Some – the “supermassive” black holes – are immense, like the one at our Milky Way galaxy’s center 4 million times the sun’s mass. Smaller “stellar-mass” black holes possess the mass of a single star.

Cygnus X-1 is the Milky Way’s largest-known stellar-mass black hole and among the strongest X-ray sources seen from Earth, said astronomer James Miller-Jones of Curtin University and the International Centre for Radio Astronomy Research in Australia, who led the study published in the journal Science.

It devours material blowing from the surface of the companion star it tightly orbits, a “blue supergiant” about 40 times our sun’s mass. It started its existence 4 million to 5 million years ago as a star up to 75 times the sun’s mass and collapsed into a black hole a few tens of thousands of years ago.

After Cygnus X-1 was first tabbed as a black hole, a wager was made between physicists Stephen Hawking, who bet against it being one and Kip Thorne, who bet it was. Hawking eventually conceded, owing Thorne a Penthouse magazine subscription.

“Indeed, I did not have any wagers riding on these findings,” Miller-Jones said.

Sarah Palin meeting ‘Zoom-bombed’ with drawing of penis and vagina