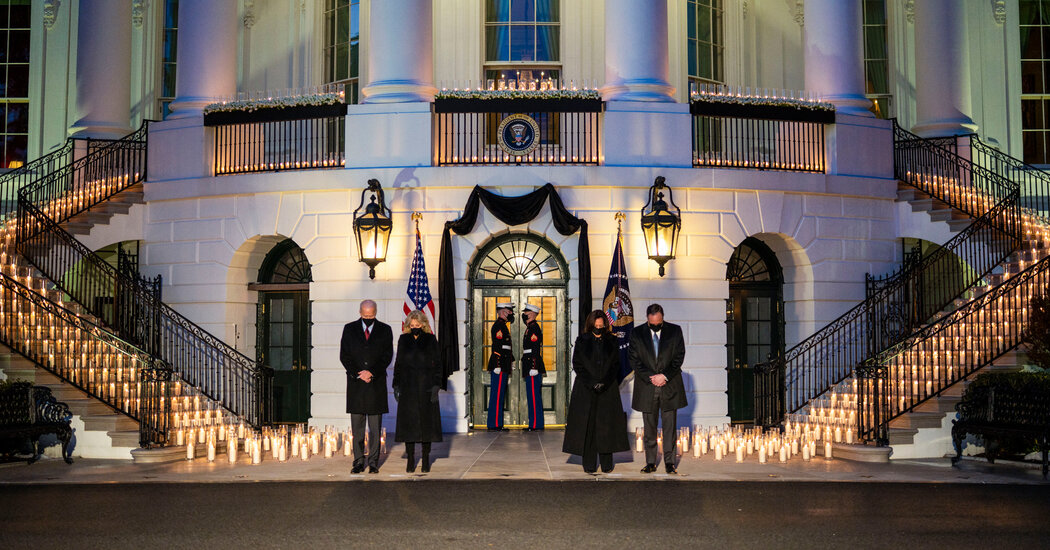 Andy Slavitt, a senior adviser to Mr. Biden, opened Monday’s Covid-19 briefing with a reminder that the country was about to reach “a grim milestone.”

“Everyone lost is someone whose life and gifts were cut short,” Mr. Slavitt said. “Our hearts go out to all of those who are grieving loved ones who are so deeply missed. For those of us in the administration, the occasion makes us more determined to turn the tide on Covid-19 so the losses can subside and the healing can begin.”

With him was Dr. Anthony S. Fauci, the government’s top infectious disease specialist, who predicted at the end of last March, at a time when there were slightly more than 2,000 Americans lost to Covid-19, that as many as 200,000 Americans might die of the disease — a number that seemed astronomical at the time. Today, it would look like a blessing.

“As sobering a number as that is, we should be prepared for it,” Dr. Fauci said at the time.

In an interview on Monday on ABC’s “Good Morning America,” Dr. Fauci said that while some of the devastation was inevitable, much of it could have been avoided.

“It’s so tough to just go back and try and, you know, do a metaphorical autopsy on how things went. It was just bad. It is bad now,” Dr. Fauci said, adding, “If you look back historically, we’ve done worse than most any other country, and we’re a highly developed, rich country.”

The last public health disaster of comparable proportions was the 1918 influenza pandemic, which is estimated to have killed about 675,000 Americans. Nancy K. Bristow, the chairwoman of the history department at the University of Puget Sound and the author of “American Pandemic: The Lost Worlds of the 1918 Influenza Epidemic,” drew a lesson from that.

“There will be a real drive to say, ‘Look how well we’re doing,’” she said, warning against inclinations now to “rewrite this story into another story of American triumph.”