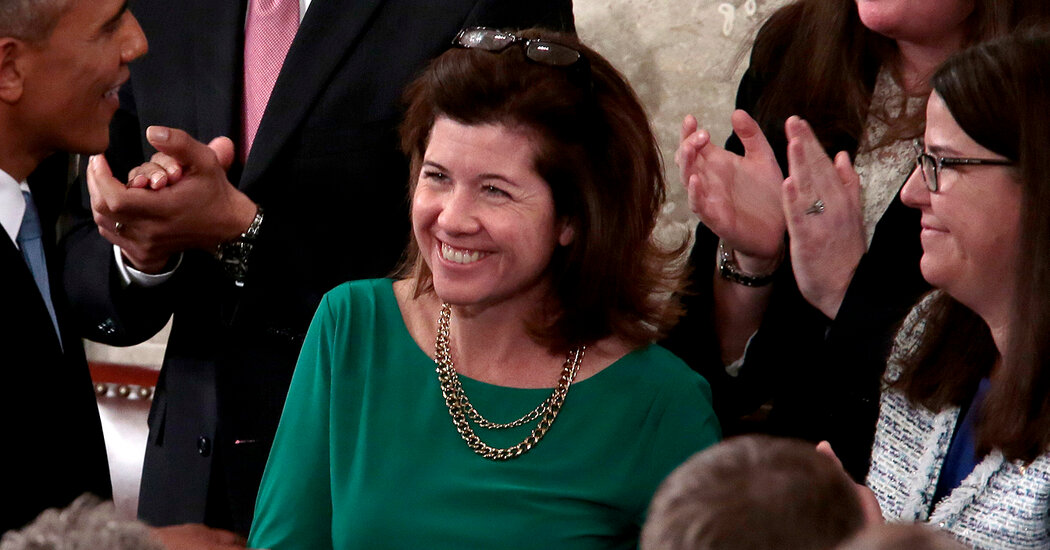 During the impeachment proceeding this month, Ms. MacDonough spent hours on the Senate dais, advising Senator Patrick J. Leahy, Democrat of Vermont, as he played the unprecedented role of presiding over the trial of a former president. She and her advisers have provided guidance to Democratic senators as they become accustomed — some of them for the first time, others for the first time in years — to overseeing Senate business as the new majority party.

Ms. MacDonough has served as parliamentarian since 2012, when she was named to the job under a Democratic majority. A civil servant who has never directly worked for a politician, she worked as a legislative reference assistant in the Senate library and then as an editor of the Congressional Record before being hired at the parliamentarian’s office in 1999.

“Referee, umpire, whatever word you want to use — they’re guided by the rules of the body as established by the body,” said Bob Stevenson, a retired longtime Republican aide who worked for the Senate Budget Committee and former Senator Bill Frist of Tennessee, the majority leader. “Just like a good referee in basketball or a good umpire in baseball would tell you the same thing: The best result is one where you remain anonymous.”

In her early days in the parliamentarian’s office, Ms. MacDonough honed her understanding of the basics under Mr. Byrd himself, who would frequently stop by to pepper her with procedural queries in what she would later describe in the 2018 speech as “a Socratic method on steroids” that offered “a humbling and horrible way to start every day.”

“I didn’t like you when you first started; I didn’t think you would amount to much,” Ms. MacDonough recalled Mr. Byrd telling her. “But oh my, how you have surprised me.”

As Democrats move forward with Mr. Biden’s economic plan with the budget reconciliation process, it now falls to Ms. MacDonough to enact Mr. Byrd’s rule. It is a high-stakes job; in 2001, the parliamentarian at the time, Robert B. Dove, was unceremoniously ousted from his position after Republican leaders took issue with his rulings.

The rule’s name lends itself to a number of bird-related puns commonly used to describe the stages of the reconciliation process. There is the “Byrd bath,” when senators can lodge objections to items they believe violate the rule, and Ms. MacDonough scrubs and analyzes them to make a judgment. Anything that does not survive the scrutiny is known as a “Byrd dropping,” and is removed from the legislation before it can advance.