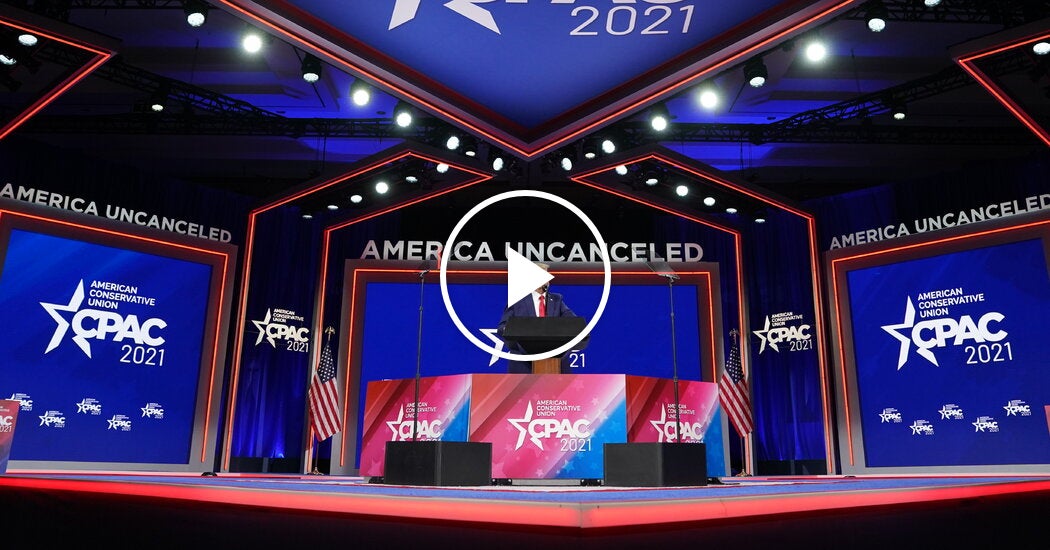 Hello, CPAC, do you miss me yet? Do you miss me yet? [cheers] We went through a journey like nobody else. There’s never been a journey like it. There’s never been a journey so successful. We began it together four years ago, and it is far from being over. We’re not starting new parties. You know, they kept saying, “He’s going to start a brand new party.” We have the Republican Party. It’s going to unite and be stronger than ever before. I am not starting a new party. Instead of attacking me and more importantly, the voters of our movement, top establishment Republicans in Washington should be spending their energy in opposing Biden, Pelosi, Schumer and the Democrats. Grandstanders like Mitt Romney, little Ben Sasse, Richard Burr, Bill Cassidy, Susan Collins, Lisa Murkowski, Pat Toomey. And in the House, Tom Rice, South Carolina, Adam Kinzinger, Dan Newhouse, Anthony Gonzalez — that’s another beauty — Fred Upton, Jaime Herrera Beutler, Peter Meijer, John Katko, David Valadao — and of course, the warmonger, a person that loves seeing our troops fighting: Liz Cheney, how about that? And that’s why I’m announcing that I will be actively working to elect strong, tough and smart Republican leaders. We will take back the House. We will win the Senate. And then a Republican president will make a triumphant return to the White House. And I wonder who that will be.