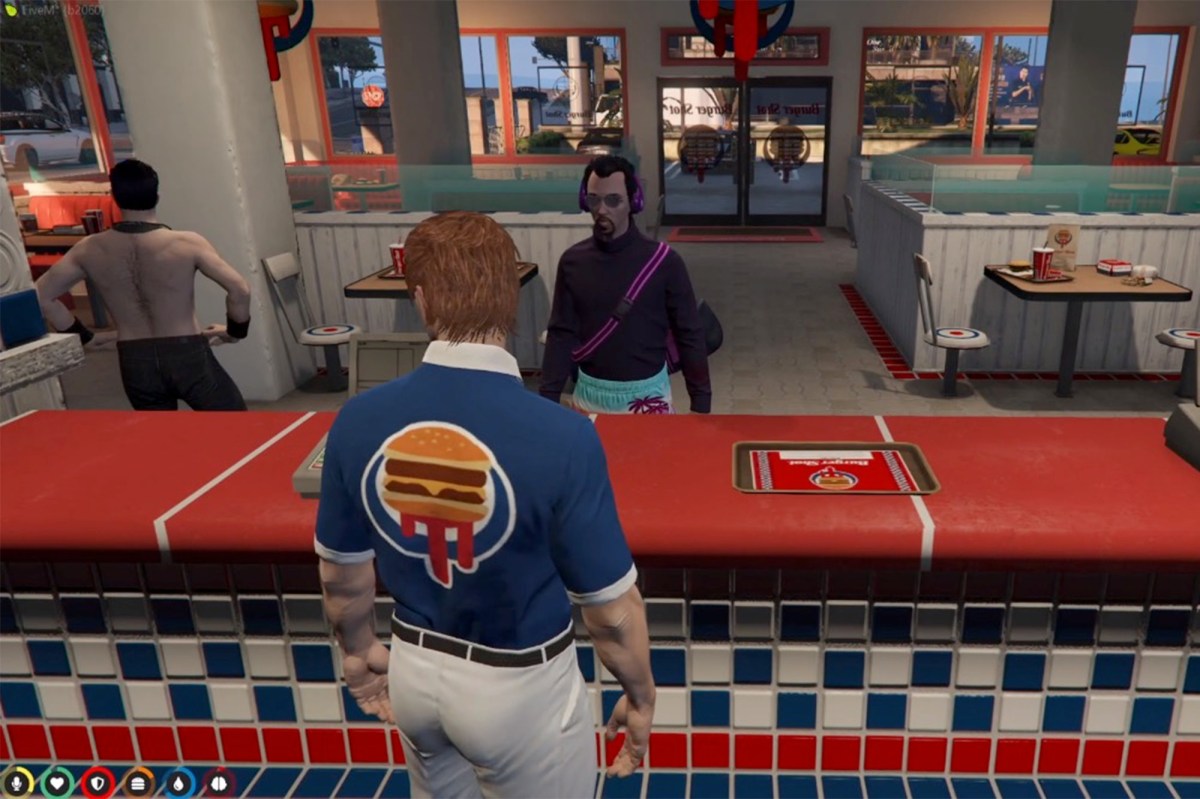 Sometimes being a fake fast-food restaurant manager can be as taxing as being a real one.

This is especially true when you also have pretend side gigs managing a virtual casino and a vineyard while engaging in a wide range of criminal activities and violent altercations – including bribing law enforcement and fighting aliens who want to control your mind — that exist only in the all-consuming Grand Theft Auto (GTA for short) role-playing game.

The multitasking streamer in question, Chance “Sodapoppin” Morris, whose game-name is Kevin Whipaloo, announced Sunday that he is quitting his fake jobs and forsaking his imaginary life of crime.

“It got overwhelming to the point I don’t enjoy it anymore,” the 27-year-old said via livestream on Twitch, a streaming platform made popular by gamers. “I overestimated myself, and I don’t like it anymore.”

To those in the GTA world, Sodapoppin’s departure is a big deal. He has an enormous online presence thanks to his over-the-top personality, mad gaming skills and a willingness to do stupid things (twerking, being bullied by his dog, peeing on himself and getting yelled at by his dad, and writing all over his face with a Sharpie). There are 570,000 Twitter followers who hang on his every post. He has one of the largest Twitch fan bases out there — 6.2 million strong, with some 350 million views — and his YouTube channel subscribers top 1 million.

He made a name for himself as a topflight World of Warcraft player who began streaming his play on Twitch in 2012. Then, he showed off his blackjack prowess (or lack thereof) by gambling via online casinos and once dropping $5,000 on one hand as 43,000 fans stood witness through Twitch. Most recently, he handled his array of Grand Theft jobs and cackled his way through role-playing sessions on Twitch.

The problem, as he announced Sunday, is that all the fake jobs began to seem too much like real work. Maybe he was gamed by the game, but as reported on Kotaku, Sodapoppin has tendered his resignation (for real).

“GTA RP [role-play], in the position Kevin was in, was a true job,” he said during the livestream. “It was an actual job. It was brutal. It was ‘manager this, manager that,’ f–kin’ ‘employee this, cop problem that.’ I can think of five scenarios I actually got to do whatever I felt like, and that was going on the alien hunt and the couple of times I got to go to the police station. But the only reason I got to go to the police station was because I told my managers, ‘Hey, handle it. Handle the shop while I’m gone.’”

Being a fake wage-slave became such a drag that Sodapoppin hoped to have Kevin killed off in the game. But, as reported on Kotaku, that opportunity never availed itself. So Sodapoppin took virtual matters into his real hands.

“The fault is mainly on me,” said the social-media titan, who made enough money to buy into the esports league Northern Gaming (now owned by the much larger NRG Esports) and shot up his net worth with his own merch. “I simply put myself in a position of serious obligations. It’s too much. I like doing stupid things. I like dumb RP [role-playing]. I like playing with a lot of my friends outside of RP. But when I play Kevin, I’m not in a position to be able to do that because I have employees. I have f–king customers. I can’t just be like, ‘Hey, I feel like going on a bike ride.’ I can’t do that.”

Despite his popularity, Sodapoppin is not alone in realizing the emotional rigors of online gaming. As The Post reported Monday, Snoop Dogg also threw in the towel — but he did it after just 14 minutes of playing EA Sports’ Madden NFL ’21 live on Twitch. His session ended in a “rage quit” after the beloved stoner found himself losing 21-0 in no time. “Look at this s- -t. F- -k,” he is seen venting from the bottom-right corner of the frame (apparently not realizing he was still going out on Twitch). “I came in this room and everything went bad.”

Maybe Snoop Dogg is just figuring out something that Sodapoppin gleefully opined in a 2019 doc about him: “Twitch is a giant, glorified mental hospital.”